Just one week after Apple surprised us all with its first iPhone game since 2008, starring billionaire investor Warren Buffett, the game has been pulled from the App Store outside of the United States with no confirmed reason. 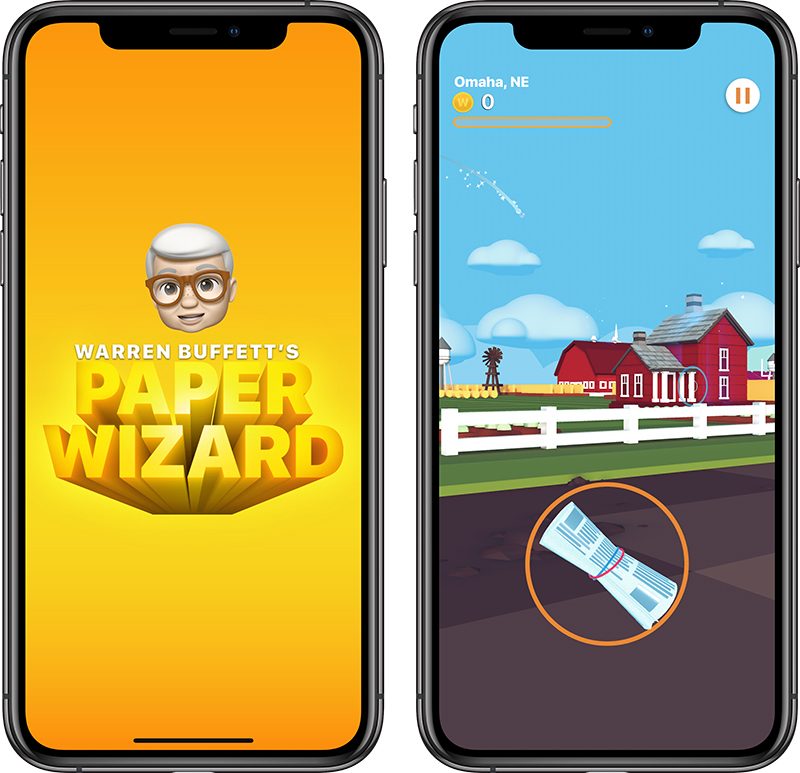 Warren Buffett's Paper Wizard is a simple game that tasks players with flinging newspapers to collect Warren Bucks. The game gradually increases in difficulty as players make their way from Buffett's native Omaha, Nebraska to Apple's hometown of Cupertino, California, including a visit to Apple Park. 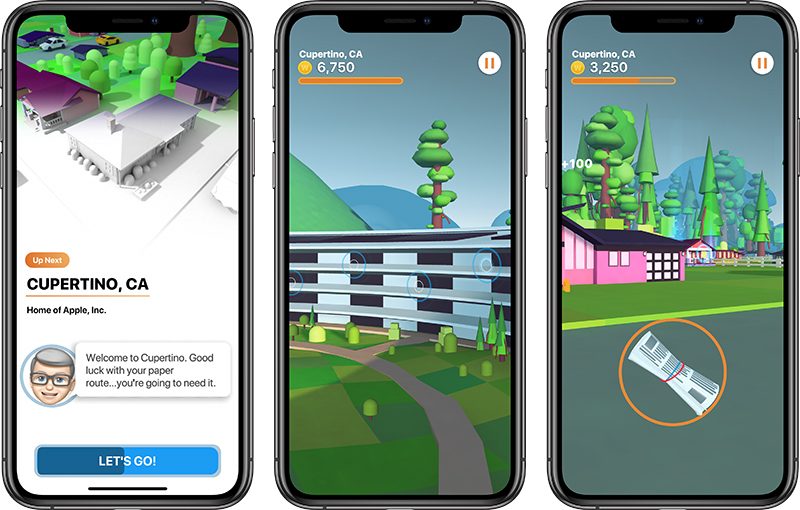 Apple CEO Tim Cook unveiled the game during a surprise appearance at the annual meeting earlier this month. While the game's developer is listed as Wildlife Designs on the App Store, the app is copyrighted, maintained, and operated by Apple, making this its first iPhone game since Texas Hold'em back in 2008.

Cook makes a brief appearance in the game himself, welcoming players to Cupertino, referred to as the home of Apple.

Did Apple pull their new game, Warren Buffett's Paper Wizard from the App Store already? It tells me it's not available (but I was able to download it a few days ago) cc @MacRumors @rsgnl https://t.co/9fNi9ZLktb - Julian Schiavo (@justJS_dev) May 13, 2019
Click to expand...

Given that Warren Buffett's Paper Wizard only takes minutes to complete, and that Buffett's high score of 15,350 is seemingly unbreakable, the game appears to be little more than a short-lived novelty. As such, it is not all that surprising that the game has already been pulled internationally.

This just made me nostalgic for Paperboy! A buddy of mine had the actual arcade machine. Which was about the coolest thing imaginable to an 80s kid.

Apple is wasting their time making stupid games like this instead of investing in new Apple watch band colors...SMH
Reactions: nvmls, Applebot1, martyjmclean and 4 others
Comment

Or a Carl Icahn whack-a-mole game. I'd buy that.
Reactions: Lopov Jack, mikzn, thasan and 1 other person
Comment

I installed it on my iPhone X. It was well-made and quite addictive to play.
Couldn't work out if the high-score leaderboard was online/real or fake though.
Reactions: thasan
Comment

gaximus said:
Why was it pulled?
Click to expand...

but only for outside of the US? This article creates more questions than it answers.
Reactions: Benjamin Frost, martyjmclean, BlueParadox and 2 others
Comment

SMH oh Apple. A game based on a billionaire? Can you sink any lower? I have already left MacOS... this is just laughable.
Reactions: nvmls and martyjmclean
Comment
L

It was a joke. Its not that serious people. Its just like when Google changed all the yt front page to Never Gonna Give You Up. Don’t worry, its not taking any time from the Mac Pro or iOS13. Those have thousands of people working on them. this was probably developed by one or two people on there lunch break
[doublepost=1557781375][/doublepost]

hauntvictim said:
SMH oh Apple. A game based on a billionaire? Can you sink any lower? I have already left MacOS... this is just laughable.
Click to expand...

gaximus said:
Why was it pulled?
Click to expand...

It duplicates the core functionality of the News app which is delivering the news.
Reactions: dogr, Gasu E., gaximus and 3 others
Comment

hauntvictim said:
SMH oh Apple. A game based on a billionaire? Can you sink any lower? I have already left MacOS... this is just laughable.
Click to expand...

The size of the news papers were not in metric units

meson said:
It duplicates the core functionality of the News app which is delivering the news.
Click to expand...