Apple's Next Store Opens in Shanghai on December 10

Apple has announced it will be opening a new retail store at Vanke Mall in Qibao, an ancient town and popular tourist destination in the suburbs of Shanghai, China, on Saturday, December 10 at 10:00 a.m. local time. The location will become Apple's seventh retail store in Shanghai and its 489th store overall. 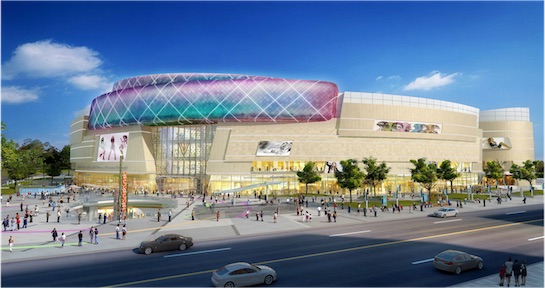 Apple is closing in on 500 retail stores worldwide following the grand openings of its Marché Saint-Germain location in Paris, France and Zhujiang New Town location in Guangzhou, China earlier this month. Apple has opened 20 new retail stores in 2016, excluding the upcoming Shanghai location.

Article Link: Apple's Next Store Opens in Shanghai on December 10

I'm glad I read the article. I was about to say wow, that new Apple Store looks like an arena.
Comment
W

nfl46 said:
I'm glad I read the article. I was about to say wow, that new Apple Store looks like an arena.
Click to expand...

Is it a store or a museum? With all that ancient outdated hardware inside it might as well be the latter.
Reactions: SBlue1 and Wackery
Comment

That building is the entire mall, not the Apple Store, right?

Malls aren't doing too well where I live. Many were closed down or bulldozed and the one I grew up going to, which started as an open air plaza, then was enclosed as a Mall at the height of the mall craze, was bulldozed and turned into a Wal Mart. We have two surviving malls near me and one has a lot of crime and the other has less crime but had a high profile fatal shooting.
Comment
W

Dilster3k said:
Is it a store or a museum? With all that ancient outdated hardware inside it might as well be the latter.
Click to expand...