The report notes that Apple has actually experienced only limited success in its legal efforts, suggesting that Steve Jobs' vow to wage "thermonuclear war" against Android may be backfiring somewhat with Apple's soaring legal costs and retaliatory actions from its targets subjecting the company to risk while the benefits remain meager. 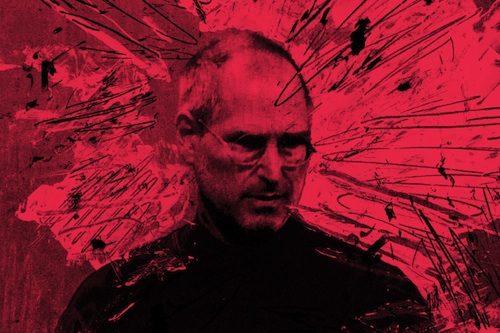 Photograph by Jochen Seigle/Polaris​
Corroborating claims from earlier this month regarding Apple's willingness to settle with the Android device manufacturers it has filed suit against, Bloomberg Businessweek reports that Apple and Samsung have "communicated lately" about settlement possibilities. The report suggests that settlement has become a more feasible option now that Apple is led by Tim Cook.

People familiar with the situation, however, note that top-level executives at both Apple and Samsung have communicated lately about potential settlement options. Apple CEO Tim Cook does not seem to share his predecessor's passion about laying all foes to waste. Cook appears to view litigation as a necessary evil, not a vehicle of cosmic revenge.
Click to expand...

Stanford University law professor Mark Lemley notes that the patent war has cost Apple and its opponents over $400 million over the past few years, and it is unclear just what benefits they have received for that massive sum of money. Lemley predicts that there will eventually be a major cross-licensing deal to bring the majority of the legal disputes to an end, but in the meantime the war continues to escalate as all sides continue to file new suits.

These patent wars are really old. Not just from Apple. Why can't we all just get along?
Comment

AJH1993 said:
These patent wars are really old. Not just from Apple. Why can't we all just get along?
Click to expand...

And that is why you are not a business person

Steve Jobs was a genius and there was no doubt that he led Apple to being what it is today, but you have to recognize he was very short-sighted in some things, like having to destroy Android. I have to agree with Tim here, settling for licensing patents can be beneficial to both Apple and the Android OEMs.
Comment

Mr Cook sees the long term and knows Apple is just going to win in Sales. What other companies are innovating? Everyone just seems to continue copying apple. IE- next year other tablets will have retina displays... wow.
Comment

Hardly anyone really "wins" these patent lawsuits, they are nearly always settled. Fights to the death are always unwise unless you are 100% certain that you will be the one left standing.

The dirty little secret of cross-licensing agreements of the kind talked about here is that they can have the effect of locking other competitors (and potential competitors) out of markets.
Comment
T

Two problems with Android, meaning Apple will still win, even if this never gets settled.

1) Your new phone doesn't always work with a new release of Android. We know the iPhone 4S, and can assume the iPhone 4, will work with iOS 6.

2) If Android are copying Apple, you may as well stick with the people doing it first.
Comment

Tim Cook is really blazing his own trail at Apple. Good for him. I'm sure he will leave a long lasting and positive imprint (just like Steve Jobs).

In the long run, one benefit of Apple fighting (up to a point) is to make sure theyre not seen as a soft target. Even if competitors take their ideas and (sometimes) get away with it in the end, at least theyll know its not simple to get away with. Maybe some future thefts wont happen as a result, and well see more real innovation and originality in the market than we would if Apple just sat there and made only token efforts to defend itself.

Of course its only worth fighting up to a point.

Also remember that as of about a year ago (and Ive seen no numbers since), Apple was the most-sued tech company. These battles include a lot of things that seem absurd on the surface, and plenty of them are absurd when fully understood, toobut its how the game is played, and Apple cant be the lone company unwilling to use all available legal tactics. The war is a game Apple didnt invent and cant choose not to play.
Comment

Eduardo1971 said:
Tim Cook is really blazing his own trail at Apple. Good for him. I'm sure he will leave a long lasting and positive imprint (just like Steve Jobs).

Couldn't agree more. I like what he has been doing so far and I think he is making is mark on the company and leading it down the same direction but maybe on a slightly different route than what Steve would have chosen.
Comment

Good for you Tim. These legal battles are just unnecessary with Apple's current level of success.
Comment

Eduardo1971 said:
Tim Cook is really blazing his own trail at Apple. Good for him. I'm sure he will leave a long lasting and positive imprint (just like Steve Jobs).

Absolutely, and that's the other significant thing going on here. For better and for worse, Jobs ran the company like it was a messianic campaign. Cook is a lot more pragmatic by all accounts and this is probably a good thing for the company at this stage of its evolution. My confidence in Tim Cook's leadership grows daily.
Comment

I know 400 million is a lot, but to apple it is pocket change...
Comment
C

They will agree on the more hazy patents, but all will defend patents that they consider clear and important.

Adults in charge. This is going to be good for Apple.
Comment
R

matteusclement said:
Mr Cook sees the long term and knows Apple is just going to win in Sales. What other companies are innovating? Everyone just seems to continue copying apple. IE- next year other tablets will have retina displays... wow.
Click to expand...

give credit where it's due... Samsung for your retina displays

Here, there, and everywhere

Regardless, that's money that could have gone to RD or charity, rather than lawyers ... just saying. R>

Good time to be a patent lawyer thats all I have to say.
Comment
S

"Never ask what I would do. Just do what's right."
Comment
C

AJH1993 said:
These patent wars are really old. Not just from Apple. Why can't we all just get along?
Click to expand...

Just another sign that this second post-Steve Apple does not have the passion and fire that Steve had to make it great. In the high tech business, being reasonable can lead to a slow death. With Apple's massive cash holdings and Steve's product plans going out four years, be interesting to see what Apple is in come 2020.
Comment
S

What's interesting is that these battles didn't benefit Apple in the 90s either, and by the time Steve Jobs came back to Apple his mantra was that for Apple to win, Microsoft didn't have to lose. When he introduced the iPhone, though, I remember him saying, "we patented the hell out of this thing." I suppose it was rather personal to him having had Schmidt on the board of directors at the time and then go and "be inspired" by the iPhone.
Comment
D

this is a slap in the face of Steve Jobs legacy.

Being complacent and getting along with competitors is not how you blaze a trail that others are falling over each other to catch up on.

just another nail in Apples coffin

you can only ride the coat tails for so long ...
Comment
T

While I don't know what Tim is going to do, I don't care either way, but I question the logic advanced by some "journalists".

While 400M$ isn't pocket change, even for Apple, the lawsuits have also caused a burden to the others manufacturers and real statistics have shown which player is earning the lion share of the PROFITS.

So Apple has the cumulative weight of the lawsuits it launches but the others players do attack themselves and most of the android players ended-up paying Microsoft some royalties, in the end all of them are hurting and Apple is by all real economic accounts the one getting away unscathed.

A big victory for Apple would be to get the FRAND patents it uses to be set at a fixed value (which is the logical way), and get royalties from its own patents. Since Apple mostly occupy the high end with market with only a couple of models they end up pushing less total devices that their competition, probably ending getting more cash that they would pay in the patent war.
Comment