Over two years ago it was reported that Apple was planning on opening a new R&D office in Cambridge, England, and after that multiple reports suggested that the company was primarily working on Siri research at the location.

Besides a few job posts Apple never formally admitted to being the occupant at 90 Hills Road in Cambridge. This week, however, Cambridge News has spotted confirmation of Apple's presence in the city, in the form of the Apple logo appearing on signage outside of the office building. 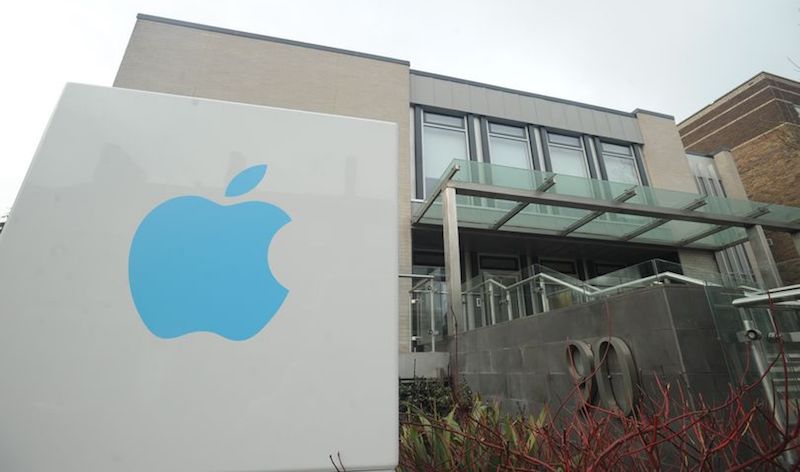 For the last two years Apple has been tight-lipped about its office in Cambridge, but now it seems the iPhone maker is ready to come out of the closet.

The tech giant has repeatedly refused to confirm it is operating out of 90 Hills Road, next to the entrance of the Botanic Gardens. But now its iconic logo has appeared on signage outside the building.
Click to expand...

News of the office in Cambridge began in November 2014, and then one year later in November 2015 Cambridge News reported that Apple was hiring staff in the area to work on Siri. That rumor came in the wake of Apple's acquisition of the UK-based startup VocalIQ, which specializes in speech technology and finding ways for users and computers to have a more natural dialogue.

Now, it is believed that more than 30 employees -- including former staff from VocalIQ -- are at work at the Cambridge office. Today's report states that the workers at 90 Hills Road are "developing new versions of Siri to compete with the likes of Amazon and Google." Last month, industry sources stated that Apple is working on "enhanced Siri" capabilities for future iPhones, citing another Apple acquisition (machine learning startup Turi), while also mentioning the company's desire to best its competitors in the AI assistant space.

This is in addition to the Siri work being done in the rented offices in Cambridge MA (right where MIT is). Big things happening with Siri, which will not be released until the overhaul is complete.

Amazon down the road are also using Cambridge to work on Alexa - could be some interesting times ahead if employees switch between companies (after there non-compete clause expires of course!)
Comment
J

Everybody who thinks Apple is ignoring Siri development is going to be in for a surprise.
Comment

Apparently they are working to improve Siri's ability to understand people from the North of England.
Comment
T

icehockey77 said:
Apparently they are working to improve Siri's ability to understand people from the North of England.
Click to expand...

I think you mean to understand anyone who doesn't speak with an American accent.

It's unlikely that anyone will ever understand anyone from the North of England.
Last edited by a moderator: Feb 24, 2017
Reactions: Borin, mazz0 and Atomic Wasp
Comment

Jakexb said:
Everybody who thinks Apple is ignoring Siri development is going to be in for a surprise.
Click to expand...

It was rumored last year Apple had a team of hired engineers (8-10 members) to revamp Siri. Those changes are certainly Coming and looking forward to it.
Comment
S

icehockey77 said:
Apparently they are working to improve Siri's ability to understand people from the North of England.
Click to expand...

Siri doesn't have any trouble understanding my Yorkshire accent. I'm pretty bloody impressed with it to be honest.
Last edited by a moderator: Feb 24, 2017
Comment