Apple's Wearables, Home, and Accessories category reached record revenue numbers in the second fiscal quarter of 2021 (first calendar quarter), hitting $7.8 billion, up from the $6.3 billion it earned in the year-ago quarter. 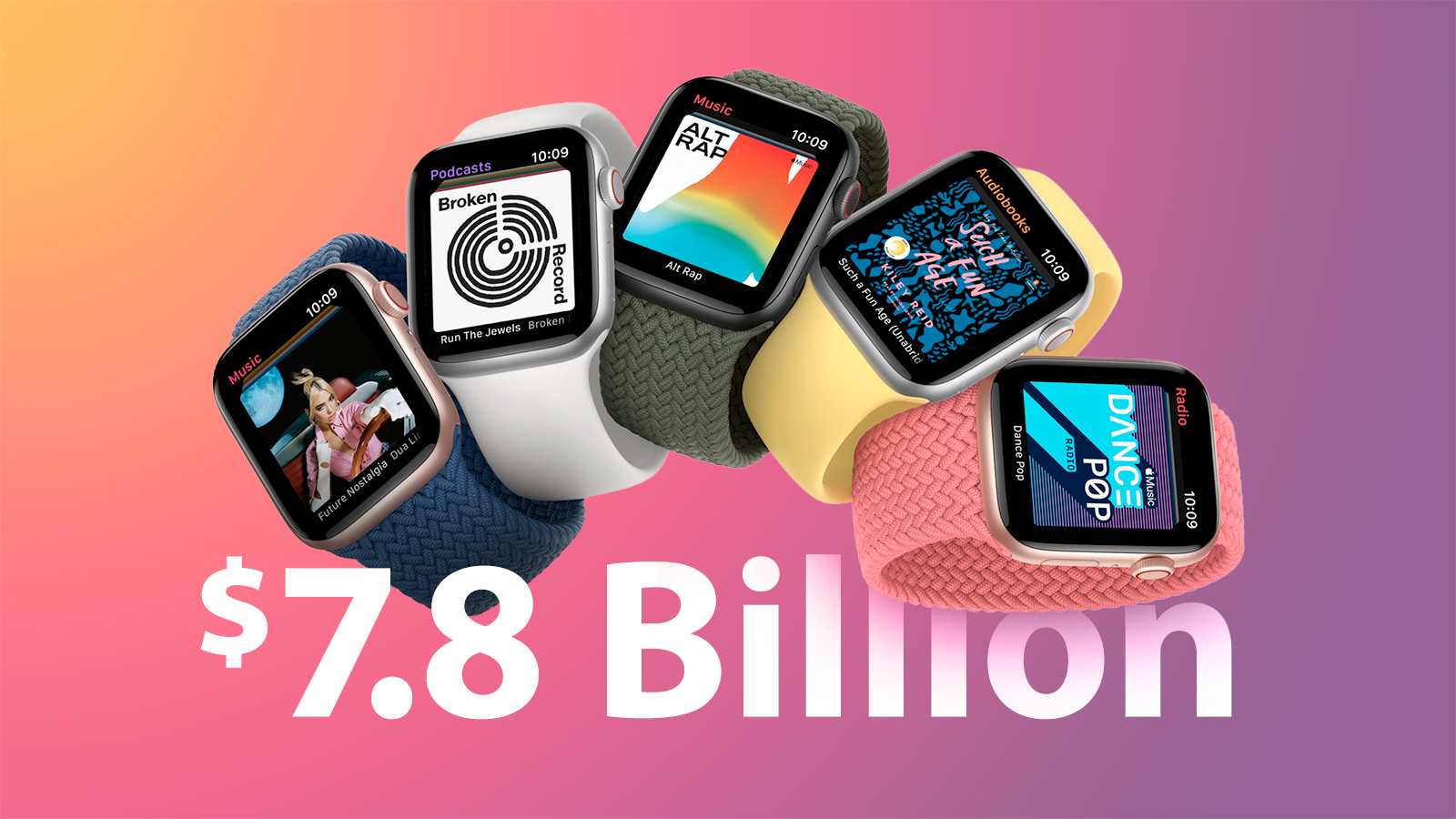 Wearables, Home, and Accessories growth revenue was up a total of 25 percent combined. Apple CEO Tim Cook said that wearables growth was up thanks to strong sales of the Apple Watch Series 6 and the Apple Watch SE.

Apple Watch continues to be popular with those new to the device, and during the quarter, 75 percent of people who purchased an Apple Watch had not owned one before.

Although I didn't bother to upgrade my Watch 5, I did help with their revenue in wearables by buying a couple of new Watch bands (braided loop and sports loop) this past quarter - you're welcome Apple!

Interesting Cook didn't mention AirPods during the call. Sounds like that news about the AirPods slowing down is probably accurate.
Reactions: ksec and ArtOfWarfare
S

That much revenue from headsets and watches is amazing.

A lot of Apple Watch sales are subsidized and I would guess people who wait until the price is not an issue would be first time owners. I know of 4 seniors who just bought series 6 watches from Best Buy for an average $60 ea. Apple does not report sales details but I am sure they are "complicated".

JPack said:
Interesting Cook didn't mention AirPods during the call. Sounds like that news about the AirPods slowing down is probably accurate.
Click to expand...

I'm really confused why Apple thinks this category is going to grow... unless they want the AR glasses to go into this category?

I know a lot of people who bought AirPods or an Apple Watch... and have no plans to ever buy another.

I feel like Apple may be heading back to where they were in the late 80s/90s... they're just putting out a lot of random stuff and lowering the value of their brand as the items they make stop being seen as revolutionary or must-have items. They need to get back to saying No on the ideas that are less than stellar.
K

JPack said:
Interesting Cook didn't mention AirPods during the call. Sounds like that news about the AirPods slowing down is probably accurate.
Click to expand...