Since ARKit debuted within iOS 11 on September 19 last year, iPhone and iPad owners worldwide have downloaded and installed more than 13 million ARKit-only apps. The data comes from Sensor Tower, which broke down the most popular categories of augmented reality apps fueled by ARKit, the top 10 free and paid apps, highest grossing apps, and more. 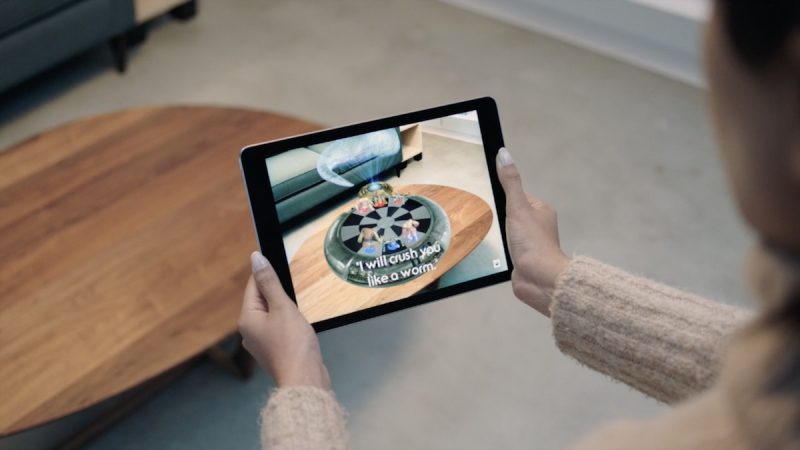 Games remain the dominant category for ARKit-only apps -- or those apps built "expressly using" Apple's framework -- having grown from representing 35 percent of downloads one month after iOS 11's launch, to 47 percent today. The second place category, Utilities, decreased from 19 percent last October to 15 percent in March. Rounding out the top six were Entertainment, Lifestyle, Photo & Video, and Education. 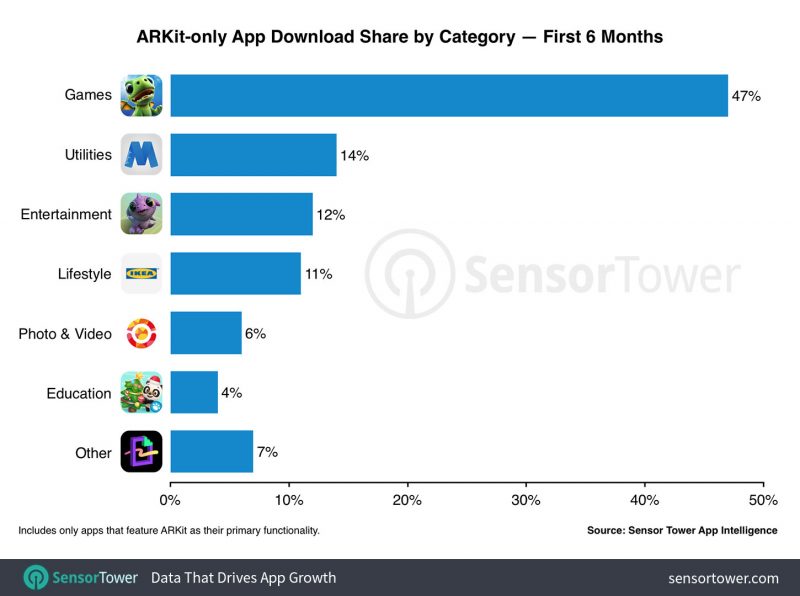 Sensor Tower pointed out that for the games-specific charts, the top spots of all three sections (free, paid, grossing) were "still occupied by many of the same titles that found success several months ago," suggesting not much variation in ARKit-only gaming on the App Store. On the other hand, when the researchers looked at non-game apps they saw multiple newcomers rising on the charts, like LEGO AR Studio -- "a testament to the popularity of kid-focused AR content on the App Store thus far."

From what we've seen in our latest analysis, ARKit-only apps only continue to grow in terms of installs and the number of experiences available to users. This isn't including the numerous ARKit-compatible apps that have added some degree of AR functionality in the past six months and have pushed the number of AR apps on the App Store well beyond 2,000 to date.

There's clearly substantial room for growth in terms of user base and revenue, but also ambition when it comes to this burgeoning category, and the apps above have built a solid foundation for what's to come, especially as the capabilities of ARKit evolve and expand with future versions of iOS.
Click to expand... 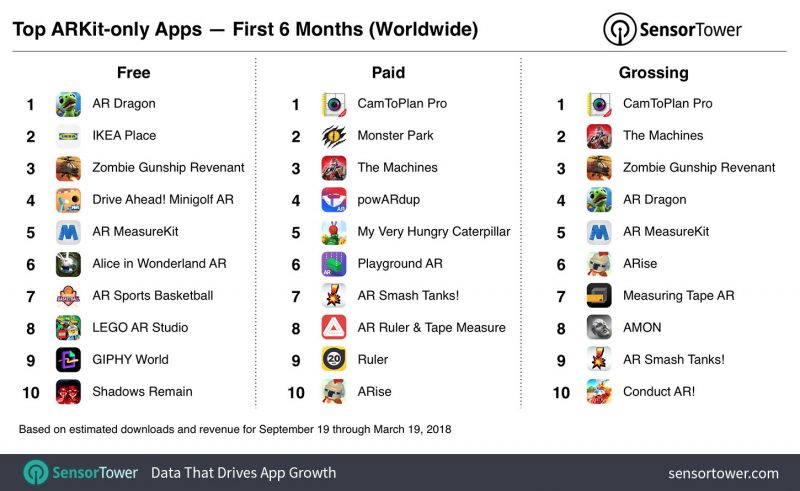 Apple CEO Tim Cook has described augmented reality as "profound" in the past, claiming that Apple is in a "unique position" to lead when it comes to the technology. He thinks that AR will become "as key as having a website" for brands, and sees ARKit as the start of something much bigger: "This is very much like in 2008 when we fired the gun in the App Store. That's what it feels like to me and I think it will just get bigger from here."

I'd love to see a metric of VR apps used more than 10 mins.
Reactions: Nagy Dávid and Avieshek

I liked my AR dragon on iOS but I find the AR Sticker characters that come baked into the camera software of my Pixel 2 to be more entertaining and work a bit better since they are integrated as part of the camera app. It’s fun to include them in pictures and videos. The sticker characters also display an “awareness”, at least a simulated one, of their environment and each other. They do interact as you add each one in. The fact that some of them are familiar Star Wars figures adds an element of fun. It’s fun to see BB-8 rolling around the house.

It would be fun to see Apple get something like that. I know this all seems very niche and gimmicky to many people but for those of us who have tried it, it can add a new dimension of fun to the smartphone experience.

Right now some Android flagship phones are also designed to work in VR headsets. That’s one thing iPhones aren’t designed to do and additional functionality in the VR space might be welcome among some of us. However, again, we are a very niche group. VR using smartphones still makes too many people sick, unfortunately.
Reactions: 44267547
N

13 mllion free downloads. The real question is... how many still remain on the phone?
E

How does this compare to Google ARCore?

Gaming is so much of a personal preference that if you like VR or AR then fine. But there isn’t much else available for either AR or VR other than games, and the *R games aren’t overwhelming the traditional style games so to me it seems that A or V Reality software is a niche and a small one right now.

most apps are full of advertisements and lately there is allarming amount of subscription applications and games. Most of the time you must register somewhere online. FCBK, Twitter or other servers. I really do not like this. What is the point to have closed eco system and yet you must share data. I also noticed if you buy an app, you still get advertisements. It is not only a banner but a full screen videos. This is peeee me off.
S