I ordered one of these cases on the Apple website last week and I got it today. My first thought was that this case would easily come apart if I used the belt clip. I had to sit there and figure out how to get the two halves securley put together.

So has anyone else been using one of these cases? The phone apears to fit securely inside. I don't really ever plan on using the belt clip, I just keep it in my pocket.
I

I'd like to offer a few observations about the Belkin acrylic case for the iPhone.

1. There are six points where the upper and lower pieces snap together. The two in the middle along the long edge of the iphone are the most challenging to snap, but without doing this properly, the two pieces will separate with only minimal torque-ing.

2. A few other users who have this case reported that the case fits the iphone only loosely and that dust or pocket lint entered the case and subsequently scratched the chrome bezel on the iphones. Thus far, I have *not* experienced this.

3. I have 2 other cases for the iphone and have been switching back and forth to see which I prefer. In doing so, I have removed and replaced the Belkin case on my iphone several times over the last 3 days. The two pieces now "creak" when i press certain points (whereas they did not previously creak). So, with time, i would expect the snap points would begin to loosen, creating some play in the case.

4. The belt clip is useful in that it serves as a desktop stand. I typically do not wear my gadgets on my belt and as such, have not tested the durability of the clip.

Incidentally, the other two cases that I have are the Contour Isee and the Incase Fitted Sleeve. The Contour is made from thicker plastic, but is incrementally larger but sturdier imo, while the incase is a smart design (also imo), but the leather does not fit the iphone well and sags along the long side. The Belkin, I believe, best preserves the amazing aesthetics of the iPhone while providing some protection against the inevitable accident.

Thanks for the nice review. I may try this case on the phone for the week and see how it goes. I do like how the phone stands out in the clear case although I ordered a black one and Apple sent me the clear one. It is also hard to see exactly what I am ordering on the Apple site since on some things, they show only one photo. I most likely wouldn't have ordered it had I been able to see the case in more detail.
S

I like the case to an extent.. it DOES scratch the **** out of the phone.. I think im going to switch to a rubber incase.. and it makes the phone a lot bigger than it really is.
J

I really like this case. i had it on my iphone for a week now and i do notice some lint build up around the edges. I think it did scratch a little of the silver in the back but i believe it would be a lot worse by now if i didn't have this case on it. I also put on a clear protective film from power support yesterday. I read a few posts on this product and it lived up to what was said. I highly recommend this product. No air bubbles and you can not tell it is on unless you look around the return home button. The belkin clear case i have goes prefectly with the protective clear film.
I

TnkGrl has written about the Belkin case and how it has resulted in scratches on her iPhone (link here: http://tnkgrl.wordpress.com/2007/07/08/belkin-acrylic-case-scratches-iphone/).

As I was reading the blog entry, I had an epiphany -- for those who like the minimalistic aspects of the Belkin Acrylic case yet are concerned about scratches, why not just put the Invisible Shield onto the iPhone then use the Belkin case? Just a thought, I may try it this weekend if I can find the IS.

iPhoneGuy2007 said:
TnkGrl has written about the Belkin case and how it has resulted in scratches on her iPhone (link here: http://tnkgrl.wordpress.com/2007/07/08/belkin-acrylic-case-scratches-iphone/).

As I was reading the blog entry, I had an epiphany -- for those who like the minimalistic aspects of the Belkin Acrylic case yet are concerned about scratches, why not just put the Invisible Shield onto the iPhone then use the Belkin case? Just a thought, I may try it this weekend if I can find the IS.
Click to expand...

After reading that blog and seeing the damage, I wouldn't let my iPhone anywhere near that case.

I understand that a lot of people like the design and features though...me being dumb and scratching phone I can handle.

Something I buy to protect the phone from scratches damaging my phone? I would freak and go postal.
H

<sigh> I have removed my phone from the case now, There is no damage to mine yet so I am lucky. Thanks for the comments and the link to that review.
B

it put a dent in the top of my iphone in the aluminum? that looks almost like a crack. think i can get belkin to replace mine? its like where the plastics met up and dented it. its hard to explain.
B 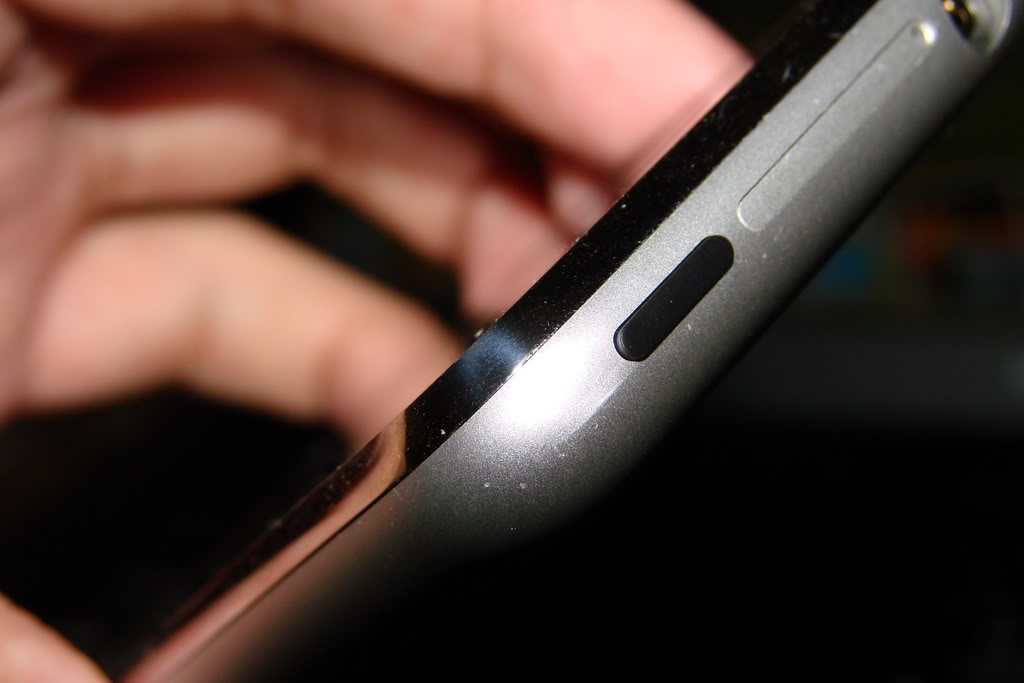 its nothing major.. but.. its there
i also have the scratches along the chrome bezel and one like.. pitted dot on the back.
H