I'm about to sell my old iMac and debating if to sell the old magic mouse and keyboard (first generation).

What are decent non apple alternatives on keyboards and mice for Mac mini?

Keyboards and mice are very personal decisions. There is no "best" since it depends largely on the individual user. It is worth pointing out that one is not forced to stick with a single solution. There are some who use both a mouse and a trackpad.

Some use different input devices for different tasks (e.g., gaming vs. spreadsheets).

I am currently using a Keychron K1 (v3 with all black keycaps) as well as Magic Trackpad 2 with my Mac mini 2018.

In the past, I have also used a Sanwa wired trackball; this is a passable modern replacement for the great Logitech Trackman Marble Wheel. I am currently using the Sanwa with an Acer notebook computer at home.

On the road, I use the Acer with a prehistoric Kensington PocketMouse Pro (with the retractable USB wire) that I originally bought for a MacBook over ten years ago. When I most recently owned a MacBook I often used a Magic Mouse 1 with it.

Hell, you could use a five-year old Wacom Intuos digitizing tablet for some of your input (mostly application specific).

None of this really helps the next person if they don't like this specific combination.

I agonized over this a bit myself, have always preferred hard-wired USB peripherals but finally decided it might be best to keep the old-style USB ports free and use Bluetooth. I got the new Apple Magic Keyboard and Magic Mouse (space grey, of course, LOL). They are very expensive, but at least B&H was selling them for $10 less than Apple.

I like the keyboard a lot, at first I thought it was basically the same as my old USB Apple Extended Keyboard, but comparing them side by side, the new one has a nice feeling with better tactile feedback (more of a click when you press the key). Personal thing, but I like it. When I login at startup, it appears the keyboard is asleep and "eats" the first few characters I type, so I could never get my password right on the first try. Got in the habit of typing some random characters and then deleting them, which pretty much fixes it. Don't really know if this is a keyboard issue or a Mini Bluetooth issue (there have been lots of reports of problems).

Was originally planning to buy a BenQ wired mouse, but when it was time to place the order, they were out of stock. I never liked the Magic Mouse before, but figured I should give it a chance and also thought that "real" Apple products might have fewer Bluetooth problems. Well, I still don't like it very much. It's OK on the Mac, but I'm also running Windows and it really doesn't work well for my old legacy software that wants a physical middle button/scroll wheel. So, I'm just using my old wired USB mouse for Windows and end up using it frequently on MacOS too.

I use a mechanical keyboard and gaming mouse combination. It's all about personal preference.

For me it's a Das (mechanical) keyboard and Logitech MX Master 2S mouse but, as others say, it's very much a personal preference.
H

I have always found the Apple keyboards and mice to be terrible. My hand just doesn't fit naturally over the mouse, keyboard is not ergonometric. Just replaced my logitech Performance Mouse MX with the MX Master 3. When I am resting my hand it fits perfectly. Absolutely love this mouse. Well worth the $$ cost. Logitech just released a Mac version - not sure how it differs.

As for the keyboard want an ergonometric one to reduce the risk of carpal. Settled on a Logitech K350 PC keyboard. Remapped the control alt and windows keys so they match the mac keyboard. Stayed with logitech for the keyboard as already had the mouse. Music and volume keys work, some others don't but they aren't particularly important to me, e.g. camera, music

I have a Magic Keyboard I use some times. I mainly use the “Remote Pro” app on my iPad Pro to control and type from my Mac mini.
I

I have the MX Keys and MX Master 3. Really like them but have been experiencing weird input issues and Bluetooth drops On my MBP16. Just today I received in the mail the Magic Keyboard and the Magic Mouse 2. It has been a trouble free day. We’ll see how it goes. I like the gestures on Apple’s mouse, but prefer the comfort of the MX Master. Keyboards are less of an adjustment. The main difference is that the MX Key has backlit keys, longer key travel and more dedicated Apple control buttons, such as expose, show desktop, etc.

I picked up a Jelly Comb ergonomic mouse recently that I find fantastic and have a Tecknet that is good. I find both vastly better than the Mac mouse and for a fraction of the cost. Not sure what to suggest for the keyboard. Apple ones are actually pretty good.

Mouse:
Logitech upper-end model with the "side buttons" and "unifying receiver". 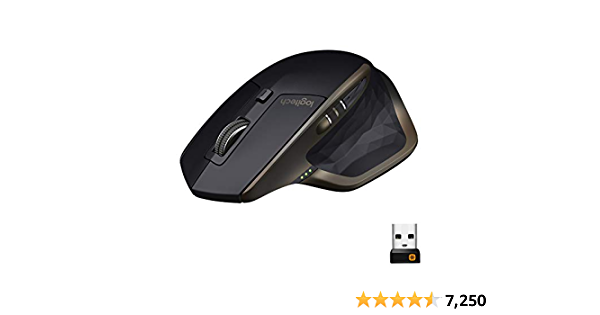 Keyboard:
I recommend a WIRED keyboard, and if you could find one with USB ports at either end, that's even better. Use the USB ports to plug in the "unifying receiver" from the mouse.

I'm still using an ancient McAlly keyboard similar to this one: 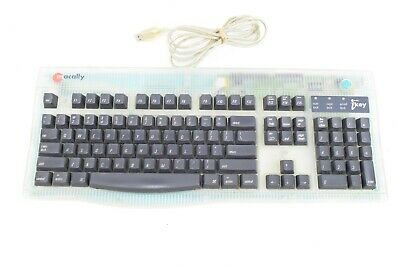 Find many great new & used options and get the best deals for Macally ikey USB Keyboard for Macintosh Clear at the best online prices at eBay! Free shipping for many products!
www.ebay.com
(I think this one has the usb ports and just keeps going and going...)

I Like and own the Apple Keyboard, mice, and trackpad. I also own a couple of Logitech-K830. The reason is its backlit, long batt, Bluetooth and Unifying USB. It pairs with everything. Catalina, Andriod. My TV, game box and the Ipad. The trackpad is not horrible. I'm about 50-50 on trackpad and mouse use. I stand a lot holding keyboard walking around. Have purchased four of these. One got left in the rain DOA and the dog killed one. $60.00 at Bestbuy.

As a refugee from 80's computing, I go to the thrift store and buy old Dell mechanical keyboards for $5.00 apiece. I use them til the labels come off too many keys. They're very reliable full stroke keyboards. Also, lots of keys in not very much space. Some vendors seem to think your keyboard should take up your entire desktop. This is annoying. My typing error rate is about half what it was when I was still using the Apple Chiclet style keyboards. Got a Logitech keyboard for my Raspberry pi 4. Nice, it's almost full stroke. The HP keyboard on my Windows machine is only about half stroke. It's nicer than Chiclet, but I still make more typos with it.

Mouse-wise I just had to replace my 6 year old Magic mouse. The IR diode output dropped off suddenly, so really bad mousing. Replaced it with the gen 2 magic mouse. I love it, but wonder what happens when cat hair gets into the LED hole. There's probably some way to get it apart. Other mice, Logitec and bluetooth thinkpad moude (Lenovo) feel crude by comparison. Tried a mouse-pad, hated it.
Flattish mice with few sticky-out buttons, and full mechanical keyboards seem best for me.

My wife's got a 15 year old Saitek Eclipse Two illuminated gaming keyboard. full stroke. The thing will not die, and I swear they embedded the letters go all the way through the key plastic. I am jealous. Amazon stills sells them used, but $139 seems a little steep compared to my $5.00 Dells.
You must log in or register to reply here.
Share:
Facebook Twitter Reddit Email Share Link
Register on MacRumors! This sidebar will go away, and you'll see fewer ads.
Sign Up
Top Bottom