I am thinking of getting an app to replace reminders. (tired of it). Can someone please recommend an app that is free and syncs between Mac and iPad (optimized for iPad preferably) and is fast, possibly with extra features? I find checkboxes very useful and need settings such as priorities, and alarms, which are a pain to set on the iPad with so many taps! I need an efficient app. Is there such an app? Thanks!

(hopefully syncable with Android too)
J

I use Wunderlist for keeping track of my homework assignments in college, it works very well on my iPad and syncs with the web, my Mac and has an android app, so it should sync with your phone as well.
Comment

Another vote for wunderlist. Free syncs with all my devices computers etc. Easy to manage and you can have multiple people share a list also. Use it a lot at work.
Comment

I was going to suggest the awesome Producteev, but they don't have an iPad version yet. The devs tell me it is in the works, though.
Comment
W

wunderlist is pretty good service, but their pc and android clients are below my standard, but it's the only free
Comment
A

GQueues is, in my view, superior to Producteev and Wunderlist. The free app is rich in features (tags, nested tasks, notes, repeating tasks...) and easy to use. Unlike Producteev, the tags carry over across lists, and nested tasks can have multiple levels of indentation (as in Omnifocus). The paid app ($25 per year) gives you access to mobile versions (including Android), as well as integration with Google Calendars and email/SMS reminders. The iPad app is better than Producteev's and GQueues lets you duplicate lists, so you can create project templates. For more details check out my review at http://purplezengoat.com/2012/06/02/getting-things-done-with-gqueues/
Comment
W

Rich-feature is not always good for to-do app, a lot of procrastinating people like me would spend too much time on a complex productive tool itself, and that's the worst way to be not productive.
Comment

Have to say that time and again I come back to Evernote. It syncs across my mac, iPad and iPhone effortlessly and does the check boxes thing which I love for my lists!!
Comment
J

Small Task (doesn't have lots of features, but I like it. Syncs across mac devices).
Evernote.
Wunderlist.
Comment

I recomended ccto in another thread in here as well. It syncs cross windows, mac, iphone and android... http://www.cctodo.com/
Comment
K

I am using Toodledo, sync with my iPhone and iPad, it can set as simple as you want or as complex as you want. It comes with notes too.
Comment

One of my favorite OS X apps, Fantastical, has confirmed that it is working on iOS version. Some of the existing apps also integrate with Reminders data by letting you specify iCloud login, which include 2Do, Appigo's Todo, Remember the Milk, Calvetica, and App Savvy's Agenda.
Comment

One of my favorite OS X apps, Fantastical, has confirmed that it is working on iOS version. Some of the existing apps also integrate with Reminders data by letting you specify iCloud login, which include 2Do, Appigo's Todo, Remember the Milk, Calvetica, and App Savvy's Agenda.
Click to expand...

NO WAY?! Fantastical for iOS? I would buy that in a heartbeat. Where did you hear that?

On topic, I recommend 2do. I love that app.
Comment

ithinkimalion said:
NO WAY?! Fantastical for iOS? I would buy that in a heartbeat. Where did you hear that?
Click to expand...

Their slogan is "Enjoyable and flexible software for Mac + iOS." So far, their only product is Fantastical for OS X.

And this little bit: 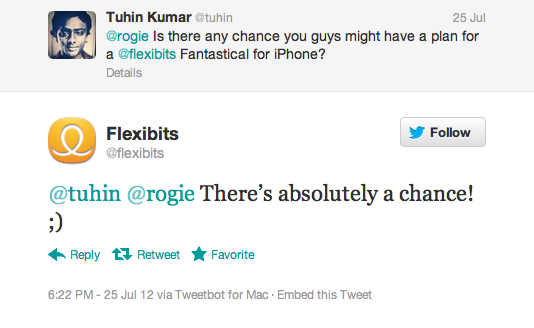 nutmac said:
Their slogan is "Enjoyable and flexible software for Mac + iOS." So far, their only product is Fantastical for OS X.

That's pretty cool. Idk how it would work but I'm excitedi
Comment
C

Another for Wunderlust here. It syncs with my computers and my Android phone. I am able to keep many lists, write detailed messages about the lists. Have an alert be sent to the message center, and also collaborate on lists. For axample I have one list for family that my wife and use for making sure we are on the same page after we leave the house.

For notes, I use Notability and Evernote. I have notability synced to dropbox.
Comment
P

wunderlist would be great if u could view ur events in calendar format... you cant or at least i havent figured it out how to i found this awsome free app called inclass and its basically combining reminders with ical. i really like it but the major downside is that u cant delete finished events which is annoying
Comment
You must log in or register to reply here.
Share:
Facebook Twitter Reddit Email Share Link
Register on MacRumors! This sidebar will go away, and you'll see fewer ads.
Sign Up
Top Bottom