A few weeks ago, I picked up a Pentax 67, and have been having a blast with it. I'm no stranger to medium format(Rolleiflex, Bronica, Hasselblad, Mamiya, and even a Pentax 645) or even the 6x7 format with my Mamiya RB67.

I've always been curious about the other major 6x7 SLR system, though, and when a local store got in a fairly comprehensive system I bit the bullet and jumped on it. $1100 had me home with a Pentax 67(the last non-ii version) with both a metering prism and WLF, the wood grip(which I've found useless), and the 55mm f/3.5, 55mm f/4, 105mm f/2.4, 135mm f/3.5 Macro, and 150mm f/2.8. Unlike a Mamiya or Hasselbad, it really is just like handling and carrying a giant 35mm SLR. The prism is the best integrated and most natural feeling I've ever used on a camera-even though I have both them for my Mamiya and Hasselblad, I never use them as they way too much and feel like too much of an appendage not really meant to go on the camera. I've not used the Pentax with anything but.

In any case I thought it would be interesting to show the 67 next to the Pentax 110, which I'm pretty sure is the smallest SLR ever made. The standard 24mm lens on the Auto 110 is actually a tiny bit smaller than the shutter speed dial on the 67! 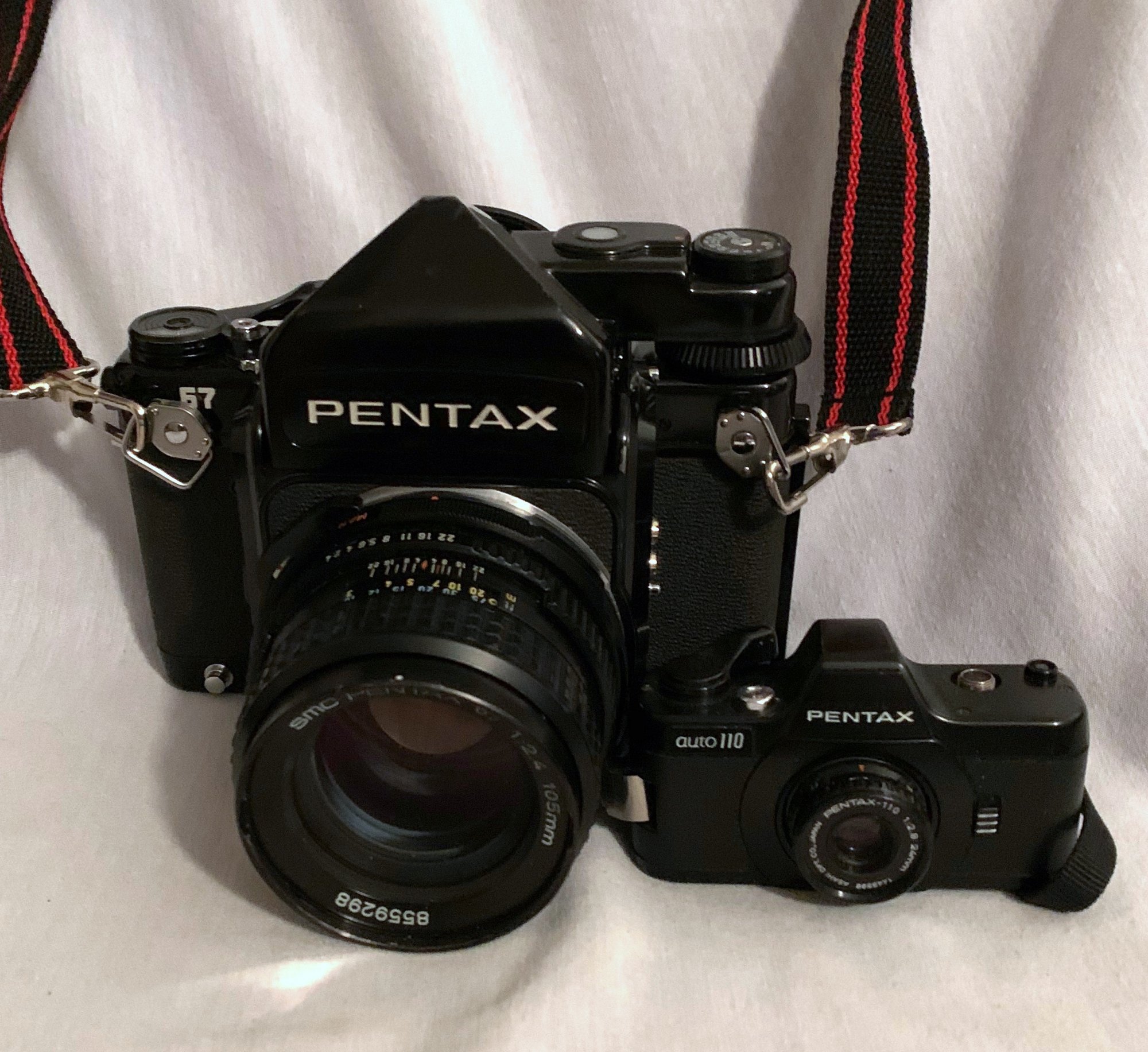 Apple Photos (with iCloud) + amateur photography + small SSD on the MacBook. How to make this work?