Please click EDIT below to add your working or NOT working app. Please try to add it alphabetically. Feel free to also comment in a reply any additional details you would like to share.

If there is a WIKI, I'll update but for now, latest versions of Lightroom CC Classic and Photoshop working fine except for minor graphic glitches. Tried editing a full project and went through like butter.

Update: They both work fine but opening files directly from Lightroom into Photoshop results in a disk error.

Update 2: The drive error is resolved by allowing full disk access for both apps. Lightroom slows down a bit after a while, but working just fine.
Last edited: Jun 23, 2020
Reactions: westyphoto
B

Google backup and sync does not seem to be working, unfortunately
Reactions: Ocala2020, Varun Pandey, earthdog and 1 other person

Dropbox also not working for me, won't even launch

Luminar 4 seems to be working but my library is missing even though everything is in the same place. Any one else having an issue?

EDIT: Just had to right click and choose locate folder. Everything is working.

Has anyone tried running Unity, GitKraken, Rider or Visual Studio?

VSCode, IntelliJ, PyCharm work. My assumption is other jetbrains products work too but I don't currently have them. That may be entirely unhelpful, now that I remember xmarain has become Visual Studio for mac and you probably don't mean VScode. Regardless, most things that don't have kernel extensions should work without any issue.
[automerge]1592888945[/automerge]

mikecwest said:
I am still not up and running, can you try dropbox beta?


I am still not up and running, can you try dropbox beta?

No go on the current beta. For anybody interested, launching from the command line fails with: "ImportError: Framework CoreServices could not be found" which may be a quickly solvable issue for somebody more familiar with python than I am.

Edit: spent some more time digging, still not a python expert, but it's failing while trying to jump through the kernel extension Dropbox uses. I can't seem to allow that extension in particular (or it's failing due to internal errors) despite getting the VMWare, Intel, and other extensions loaded properly.

But ... it is much slower to connect in Big Sur.

So for zoom it’s not about working/not working ..... it is more about connecting faster/slower.

Unfortunately in Big Sur it is slower.
S

audenmahk said:
VMWare Fusion vms start up with a "Not Enough Physical Memory" error even though there is ample memory allocated in settings (and worked prior to BS update)
Click to expand...

Same issue, logs from console for VMWare show it can't access any of the config / settings files it wants so resorts to default values which fail (not sure why it fails with a memory limit issue that doesn't exist). Oddly it's looking for files that don't even exist, so not a permission issue. Not sure where the files went...Fusion 11.5.1 for me (definitely a few updates behind).
Reactions: audenmahk
D

Can someone test if Citrix Workspace will work on this Beta 1?
Reactions: dbagg and jeffcny

GitKraken works fine.
Logic - Loads and validates all my 734 plugins save for one (Q-clone Waves crashed validation)
Docker - Fatal Error
Steam is bad: 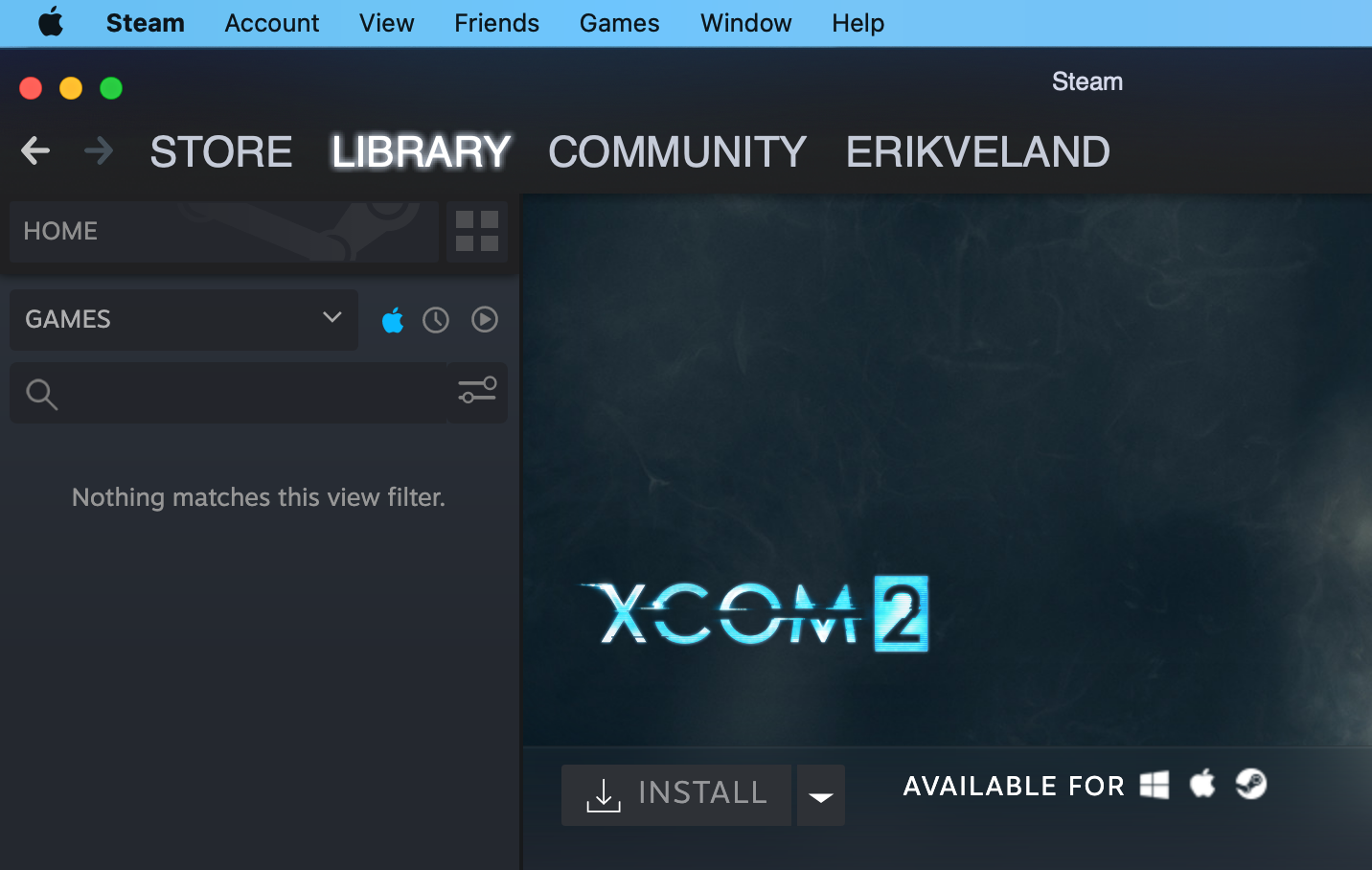 All the mac games are gone from filters. You can select them in the list if you show all, show them in Finder, but they are all broken if you try to launch them. Install is greyed out. Ouch.

I don't think web notifications are working on Safari, are they? I couldn't get Macrumors.com to display notifications on Safari on macOS Big Sur...am I doing something wrong?
N

Unfortunately I will not be installing MacOS 11 yet, as Parallels Desktop does not yet work.

Fortunately I could restore my Carbon Copy Clone backup - back on Catalina again.
K

Alacritty is not working either.

Won't even open at all.

Does anyone know if the DVD Player app is in Big Sur?
I don’t have a stand-alone player so I use my Mac to watch a lot of the DVDs I have and can’t see anything about that app since yesterday.
T

Does anyone know if the DVD Player app is in Big Sur?
I don’t have a stand-alone player so I use my Mac to watch a lot of the DVDs I have and can’t see anything about that app since yesterday.
Click to expand...

Looks like this might be the end of the road for Unison. It runs, but the interface elements aren't really usable.
H

Both Adguard and Office 365 thankfully are working for me...
Reactions: teflocarbon
A