I been getting this Blank red dot icon. What does it mean?

Should be the number of notifications you have and shouldn't be blank. Have you try restarting the device?
M

I think that's when you have an update in App Store, I tried one of the apps, and after it updates, the red dot is gone. For the "Settings" app, I think you might have some incomplete process I guess, but also some of my apps have updates but don't show red dots, I know if an app already in dock, it won't show red dots, but I do have some apps that have updates that are not in the dock doesn't show red dots, for example, WWDC app (currently called "Apple Developer") has updates in App Store, and I didn't put in the dock after I launch this app, go back to the home screen it does not have the red dot, I think it's happening rarely. (here is the truth, I just updated all the apps, some red dot are gone, some aren't gone, I am not sure why)
Last edited: Mar 26, 2020
R

Dont seem to help. Now I got other 2 icon blank red dot 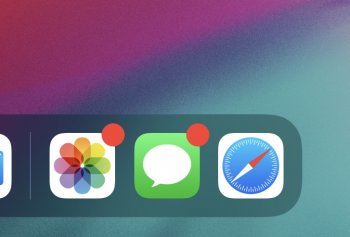 You might try going into settings/notifications and turning off badges and turning them back on to see if that helps. I've never seen this before so that may be a stab in the dark, but might be worth a try.
R

Thks, but not working.

I’ve noticed this on 2 iPads since upgrading to latest iOS release last week. Never seen it before. On my 12.9 I rebooted and it went away.
on this 9.7 I tried the suggestion of turning off badges but that didn’t work. Guess I’ll reboot this one as well...
R

DaBozMan said:
I’ve noticed this on 2 iPads since upgrading to latest iOS release last week. Never seen it before. On my 12.9 I rebooted and it went away.
on this 9.7 I tried the suggestion of turning off badges but that didn’t work. Guess I’ll reboot this one as well...
Click to expand...

thks gods that I am not alone with this problem. been speaking to 3 of the apple support and 1 of them seem to understand my problem. Asking me to toggle the automatic downloads off and on, temporary solve the problem. But it came back on again.

I just redo my iPad Pro 12.9 Gen 4, and it seem to come back on again.
My work around now is to toggle on and off the “Show Suggestion and recently apps in dock“,

...and it’s back again on the 12.9 so the reboot is only a temporary fix.
I tried the toggle os suggested and recent apps in dock, but that didn’t work.
As soon as I opened an app (BBC iPlayer in this case), the blank red dot was back.
Strange and hopefully they’ll fix in next update.

I started experiencing this issue after updating to iPadOS 13.4. It seems that this issue was present in some earlier versions of iOS — and has made a return appearance in this version of the OS. I’m hoping that Apple is able to fix this bug in the next incremental update. FYI: I updated from iPadOS 13.3.1 to 13.4 via iTunes, not OTA.

Also, for those of you dealing with another bug introduced in 13.4 that prevents external keyboards (either bluetooth or smart connector) from typing a ‘ or & there is a workaround. Go to Settings > General > Keyboard > Hardware Keyboard and switch from English (US) Automatic to English (US) (U.S.), then back out of Settings to save the new keyboard setting. 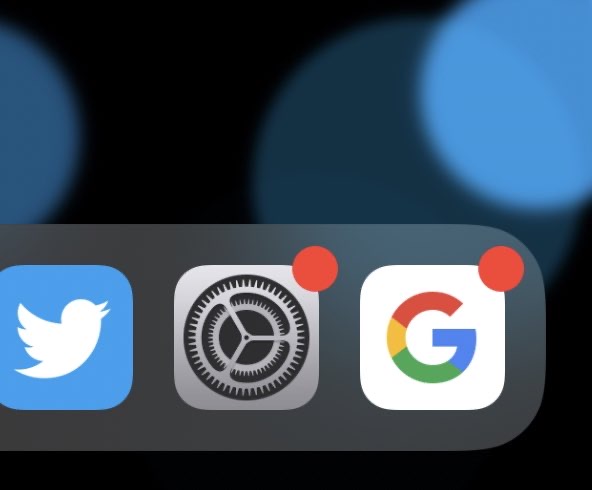 B
iPad What are these strange icons in the upper left corner of my iPad?

Sep 21, 2019
mariusignorello
M
Register on MacRumors! This sidebar will go away, and you'll see fewer ads.
Sign Up
Top Bottom