iPod Bought a new car - iPod Classic is no longer compatible. What now?

cmaier said:
You aren‘t making any sense. ”Music” is the new name of the music portion of the iTunes app. It’s the same code. They just removed the movies and apps stuff from it. It’s exactly the same.
Click to expand...

Wrong. Parts of the code is recycled, but a lot of it has been rewritten.
Comment

Thank you. Yup. There’s a lot more that’s different in Music from iTunes. A lot more than dropping apps and whatever you says. Lol.
Comment

Case in point - and it certainly is possible I’ve done something wrong, but I just bought an iPod Touch 256gb, and now trying to sync some of my playlists but none are available. I can sync songs, artist, genres, podcasts, and playlists but there aren’t any. I select podcasts and there aren’t any. There are songs and artists and albums. Argh. Maybe somebody knows how to do this since Music and iTunes are exactly the same but for apps and movies.
Comment

I got it. No more whining today. I didn’t select sync library in preferences. Although I SWEAR I thought I did. In my tiny defense I’ve been going between three Mac Pros and various OSes and SSDs. Whew. Ok. Let’s see if iPod can sync, thrn I’m be prepared and happy on my 10 hour drive in my new car this weekend!
Reactions: Scepticalscribe, Plutonius and Trin813
Comment

throAU said:
Its likely your car may be able to read audio from USB flash.

Worth a shot - just copy your media to USB stick and see if it will read it.

My Alpine head unit will do that, purchased last year.


That said, if your car is carplay compatible, i'd definitely consider getting an iphone and kill two birds with one stone. CarPlay is great - even if for no other reason than Waze.
Click to expand... 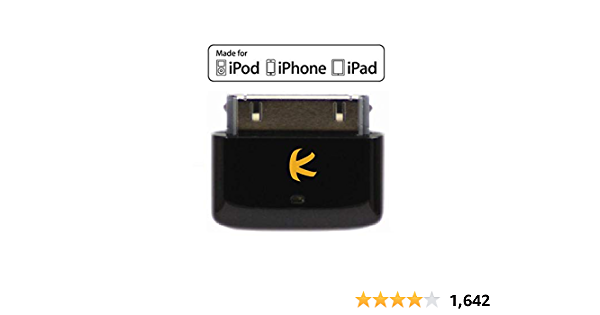 giv-as-a-ciggy-kent said:
Can an iPod touch do CarPlay?
Click to expand...

I'm in the same situation as Machenryr. Just bought a 2020 HL and I'm trying to figure out how I'm gonna listen to my music with my ipod classic.
Comment

Wouldn't one of those radio tuners work? You plug it into the cigarette lighter and it charges the iPod, then you tune the unit and your car to the same station.
Comment

machenryr said:
So I just bought a new car. My main music and podcast source has been my iPod. I don't like streaming or radio so much. I like my tunes on shuffle. Sometimes I have long drives and this is my sanity balm. The new car, of course, won't recognize the iPod Classic. The technology is TOO OLD??? You'd think you should be able to plug in a USB MP3 device and go, but no.

My iPod has the capacity of 160GB. I USED to think that was a lot. I suppose I could get the new iPhone 11, right? Or there's a iPod Touch whatever for $400 that has capacity of 256? I have a new Mac Pro that will only run Catalina, which means no iTUNES!!!!!!! What the hell??

So what suggestions for my situation? I'm the if-it-ain't-broke-don't-fix-it guy, but I've changed too many things in the last couple of months. I'mdlike to hack catalina to operate iTunes so I can get all my playlists and audio. I'd like to keep my iPod up to date and use it in my new car. I don't like streaming for music. I have my own great playlists I want to keep creating with.

What should I get? This is a brand new 2020 car. Bluetooth and Apple devices are good. Just not THIS. Sheesh.
Click to expand...

I would simply get one of those analog audio to bluetooth adaptors. You plug it to the headphone out of your iPod, and it coverts the signal into bluetooth. Then you simply connect to your car via bluetooth.
[automerge]1582808813[/automerge]

retta283 said:
Wouldn't one of those radio tuners work? You plug it into the cigarette lighter and it charges the iPod, then you tune the unit and your car to the same station.
Click to expand...

Those FM transmitters have quite bad audio quality. Plus in cities where the FM frequencies are quite busy, it might be difficult finding a clear channel. Bluetooth route is easier imo.
Reactions: Plutonius
Comment
L

machenryr said:
The car is a brand new Mercedes Benz. I would think I’d be able to access my iPod, but I guess they figure that you should be able to afford getting rid of an old iPod Classic. But that iPod Classic is PERFECT for me.
Click to expand...

Sell the car and buy one that works with your old ipod.
Reactions: machenryr and retta283
Comment

I don’t think the classic iPod does Bluetooth, do they?
Comment

machenryr said:
I don’t think the classic iPod does Bluetooth, do they?
Click to expand...

None of them do. Only the 7th gen Nano and certain Touch models have Bluetooth
Comment

retta283 said:
None of them do. Only the 7th gen Nano and certain Touch models have Bluetooth
Click to expand...

Yes. Thanks. Someone up the thread suggested I use bluetooth. I should have qouted that post.
Comment

retta283 said:
None of them do. Only the 7th gen Nano and certain Touch models have Bluetooth
Click to expand...

I wasn't sure if the 2nd had it because of all the confusion at the launch time, but yeah any modern touch will have it. I believe you can use Bluetooth on any of them with adapters but it gets messy quick.
Comment

machenryr said:
That sounds about right. The last iTunes was a mess. I’m not happy with Music so far. It seems like it’s formatted around Apple Music streaming cloud stuff? I don’t use it. So it isn’t very user friendly for me. Not quite intuitive like i like Apple products to be.
Click to expand...

I agree about Classics being the ideal music platform and own two aging 160s. Based on all I've read here about Catalina problems and music messes in particular, I'm sticking with Mojave, but bit the bullet, buying a 256GB iPod Touch several months ago. I love it.
My music collection was pushing the 148GB actual capacity of the Classics and with vanished Apple support for them, I got the Touch and no longer need worry about Classics failure or maxing out the 148GB.
The Touch on IOS 13 lacks favorite Classic iTunes features such as Genius Mixes and regretttably the Click Wheel, but it's current hardware technology, good for future expansion, and Bluetooths with my Alexa devices, my TaoTronics noise canceling earphones and my iTonics hearing aids. A Touch will probably sync with your Merc, and two way control possibly. If you can afford a Merc, you can afford a Touch, they really are neat machines and a very useful Classic replacement.
iTunes/IOS on the Touch also has some features the Classics don't, like "Recently Added" on the menu, and you can always add your own playlists to make up for the lost Genius Mixes. It does have a versatile playlists capability along with the many other Touch applications like Maps for navigating your Merc.
Sometimes you have to accept that Apple doesn't really give a s*** about their long time customers that supported them when Jobs was on holiday playing with his own Next toy company, and the Cook/Beats/Dr. Dre administration began the rapid skid down the software QC slope and the departure of any new ideas, the Jobs "one more thing", thing.
I've been an Apple supporter since the Apple II in the mid '80s, owning dozens of Mac and associated hardware, and am no longer surprised to find new wiggles, good for their major profit line, the iPhone, accompanied by indifference to user support of other devices.
They are taking reasonable care of IOS because their monthly evolving iPhone/iPad lines need it, but obviously have a different, less capable crew working on the Catalina mess, so the future of the Touch looks solid.
Comment
S

I had the same problem as the OP with my '19 Outback . My classic iPod 80gb just wasn't recognized , though my 7th gen Nano was . Ended up putting all the music from the classic on a 128gb usb stick which now resides in one of the USB ports behind the front console door . The dashboard touch screen recognizes it via 'iTunes' the 'media' section.
Comment
You must log in or register to reply here.
Share:
Facebook Twitter Reddit Email Share Link
Register on MacRumors! This sidebar will go away, and you'll see fewer ads.
Sign Up
Top Bottom