Bug in iOS Allows for Unlimited Zooming in Photos App

The Photos app for iOS allows users to zoom into images using pinch gestures, but the zooming capabilities are limited and don't let users to zoom all the way in to a photo. There is, however, a bug in iOS that allows zooming beyond the current limit, shared this morning by iDownloadBlog.

In the iOS Photos app, opening a photo and then using the "Edit" feature and the "Crop" tool to rotate the photo by 90 degrees appears to remove the zooming limit. After rotating the photo sideways, a second edit can be done to rotate it back to the correct angle, leaving the bug intact and allowing for further zooming. 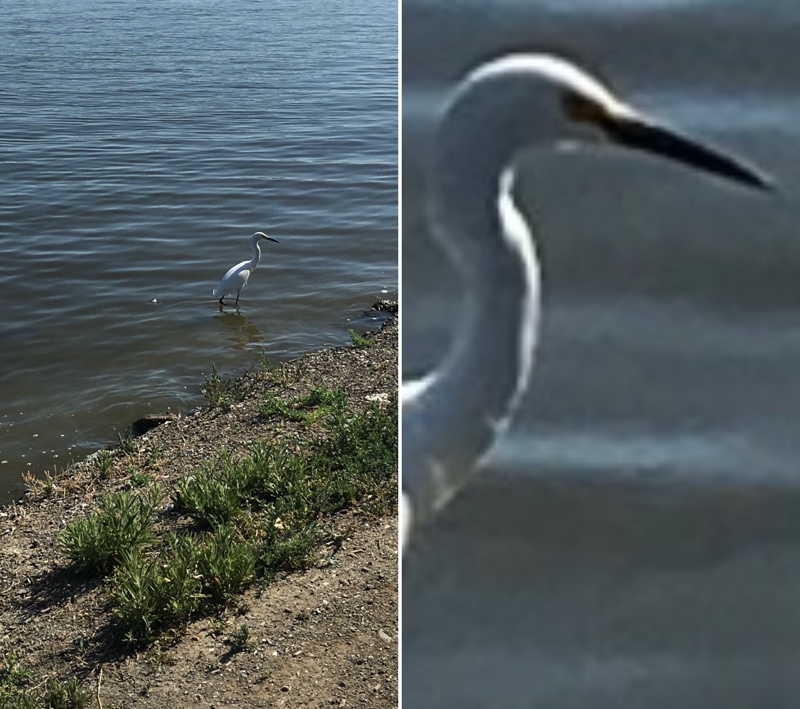 Max normal zoom in Photos on left, extra zoom through Photos bug on right​
Unlimited zooming is only available on a photo that's been rotated through the Crop tool, and exiting the Photos app or switching over to another image resets the photo so the zoom bug no longer works. A video demonstration is below.


Zooming in beyond the current thresholds in the Photos app is of little practical use in most cases, because the image becomes extremely pixellated, but it could be useful to people who want to zoom into a specific area of an photo just a bit further.

The zooming bug works on iPads and iPhones running iOS 9.3.2 and the iOS 9.3.3 beta. It is not clear when it will be fixed as it's likely a bug that's not a main priority.

i've never understood on being limited to zoom into my own pictures. often times i'll resort to taking screenshots of an image zoomed in, and zooming into that
Reactions: kwikdeth, Jamalien, geenosr and 14 others

This "bug" sounds more like a feature to me.
Reactions: Chumburro2U, Jamalien, freepomme and 15 others
D

This guy uses my app. Awesome
Reactions: BollywooD, ILikeAllOS, Jamalien and 6 others

Just out of curiosity - how big of a picture can you load into the Photos app? You could download some really high resolution image from the web and open it in the Photos app, right?
Reactions: centauratlas and PowerBook-G5

Unlimited zooming is only available on a photo that's been rotated through the Crop tool
Click to expand...

Not true. You just rotate from portrait to landscape and double tap image, when you rotate back to portrait you'll see that it zooms hell lot more than before.

Been using this bug/feature on my iPP 12.9" since I purchased it in December.
Reactions: geenosr and centauratlas
K

I noticed this a few days ago! Didn't really think of it as a bug though. I actually prefer it this way. I don't see why limiting zoom benefits anyone.
Reactions: freepomme, centauratlas, Glassed Silver and 1 other person

As someone that frequently works with graphics at the pixel level, this is a feature that has been missing from iOS since iPhone OS 1.0 (except for couple bugs along the way, similar to this one). For most people, zooming in further would merely be a nice feature for certain photos. But for designers and people that work with graphics in general, it would be amazing.

I literally use Universal Access's Accessibility's zoom feature at least once every day. I have the pixel smoothing turned off, because I like to look at the pixels for one reason or another. Sometimes it's just to see how a certain program has chosen to do sub-pixel smoothing. Sometimes it's to study something more useful that would otherwise be impossible.

What I don't get is why Apple has the zoom level limited in the first place.
Reactions: ignatius345, centauratlas, Glassed Silver and 2 others

Connect it to Siri; "Enhance"

Why is there a limit on the zoom in the first place. It always drives me nuts when I can't zoom in as far as I want to.
Reactions: Zedcars, Lukkee24, robjulo and 5 others
F

TMRJIJ said:
This is a very useful bug
Click to expand...

I sometimes think bugs like this are left in there on purpose by a programmer who disagrees with a decision to leave out/limit a feature in some way. Seems easy enough to do once you know how, but not readily discoverable so that it's not caught before being released.
Reactions: geenosr, orbital~debris, SR71 and 2 others
G

sputnikv said:
i've never understood on being limited to zoom into my own pictures. often times i'll resort to taking screenshots of an image zoomed in, and zooming into that
Click to expand...

Because zooming in further than 1:1 when not editing doesn't really do much and if the photos app showed what the video does when over-zoomed would cause people to contact Apple with complains like "My photos are gone and touching anywhere on the screen doesn't make the orange go away but I can drag around and the color of the screen changes".

Should there be a simple gesture to over-ride the zoom limit? perhaps, like trying to zoom, hitting the limit and then holding for a second then the limit goes away.
Reactions: Jakexb
D

sputnikv said:
i've never understood on being limited to zoom into my own pictures. often times i'll resort to taking screenshots of an image zoomed in, and zooming into that
Click to expand...

Well... at least zoom now does exactly what people expect it to do
Reactions: Lukkee24

The GPU of the phone is the reason zoom restriction exists - they can only do hardware acceleration until certain image / photo size. Anything more and image will be rendered on CPU - which is much slower and depletes battery much faster.

Many other mobile platforms have the same limitation - Windows Phone / Mobile for example.
Reactions: haruhiko and OriginalClone

This probably has something do with the Accessibility settings of IOS, which allow for far greater zooming in on photos (and anything else on the screen) than the default setting.
Reactions: orbital~debris
S

The zoom limit really shouldn't be there. It really serves no purpose and just gets in the way. I like being able to zoom into my pictures as much as I want regardless of how pixelated the image will look.

Dammit… now I want to watch the whole movie (or at least to the part where noodle-eating is taking place, pause for a snack and then be lulled asleep by the hypnotic soundtrack until the end credits)!

Then Apple patches it in 9.3.4 stating that you are zooming it wrong...
Why do we need a limit on how much we can zoom in...

Tight zooming is really only beneficial when editing or retouching photos in Photoshop. Otherwise what's the point?
Reactions: orbital~debris

iOS 9 kinda screwed photos. It crashes on me a good amount and it has all this zooming quirkiness. If you zoom in, zoom all the way back out, then repeatedly swipe the photo up very quickly, weird stuff happens. First off, every time you swipe up, the photo sort of "pops" and eventually, a glitchy, smaller version of the photo will appear and move strangely as you pan around.

That along with this bug are very obscure and dumb to be even talking about to be honest but it really just goes to show that photos has become very flaky. On top of that, iCloud Photo Library is still a mess in many ways that I don't want to even get into. If you have a slow upload speed it is utter hell because even with a fast internet connection it doesn't update very well on its own.
W