Can Apple tell if I opened my iMac?

Just bought a brand new iMac with fusion drive and want to install the OWC 2TB SSD upgrade kit. I already have the drive from my old iMac.

if for some reason I have an issue with the monitor, logic board, etc, would I be able to put the original drive back in with another kit and bring it to the Apple store for Apple care?
Asking for a friend

It's possible they may not notice, but I wouldn't risk it while the iMac is still under warranty. There is also the risk of accidental damage, eg. dropping the screen glass, especially if this is your first time opening one.

Using an external SSD is a better idea at this point.
Reactions: PlayUltimate, chabig and blue2noise
Comment

ThugFreak said:
Apple will notice the difference when removing the display.
The tape Apple uses to glue the display has a foam layer. It's easy to cut through with little effort.
It takes about 30 seconds to cut & seperate the display. The tape pulls off clean with little adhesive to clean up. 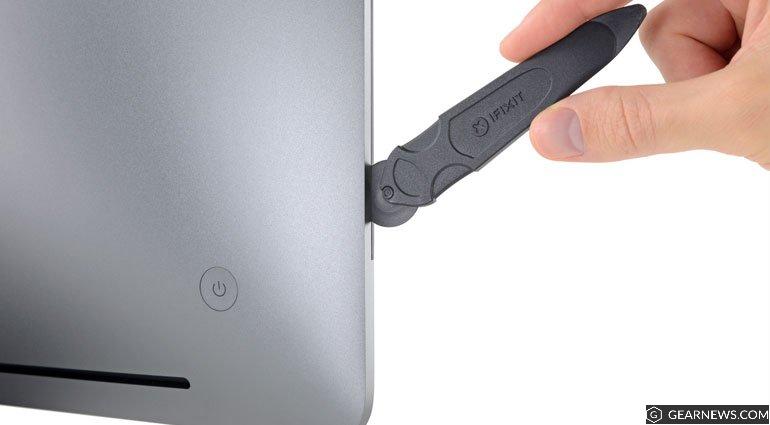 The (non-Apple) replacement tape doesn't have the foam layer.
It's very hard to cut through. It takes a long time (about 30 minutes). The adhesive grabs onto the wheel. You have to push hard to make it move. The wheel pops off constantly & gets bent in the process. The black adhesive gets on the wheel. It leaves black marks on the aluminum. The display keeps re-sticking. You have to shove cardboard in the opening to keep it seperated. The tape & adhesive takes more effort to remove. You need rubbing alcohol & duct tape.
Click to expand...

You gave me anxiety.
Reactions: ruslan120, kretek, paul4339 and 5 others
Comment

I have to agree with @redheeler. Why risk messing up a $2K machine and possibly losing access to your Apple Care? When I ordered my iMac, I just bit the bullet and went with a large SSD instead of a fusion drive. I know that not everyone would choose that route because of cost.
Comment

Trusteft said:
You gave me anxiety.
Click to expand...

If you are in the US, opening the iMac doesn't void the warrant, but if something goes wrong with your Mac unrelated to you opening it and Apple refuses to service it due to be opened by the customer, then you may have a small legal battle on your hands.

Reading the forums, I do not see too many examples of Apple rejecting warranty claims with the exception with other damage being involved, such as drops or water damage.

A few days after moving into my current home back in 2014, I found out that there was a very tiny leak in a pipe, which dripped onto the HVAC duct and dripped on the case on the back of my Late 2012 iMac.

It was only cosmetic damage on the aluminum, but I was upset about it tarnishing my otherwise mint iMac.

Around the same time, I started having Fusion Drive issues. The problems were clearly drive-related, but the Apple Store refuse to replace the Fusion Drive under warranty due to it passing their HW test. They would wipe the drive, only to have the issue come back, so back to the Apple Store. Each visit to the Apple Store would lead to a wipe, and the the return of the problem, first a month later, than weeks, then days after the wipe.

Eventually the drive totally failed, and the iMac wouldn't boot at all, not even in internet recovery mode. This was 12 days before the end of my AC warranty, and luckily, they finally replaced the drive.

The reason I bring this up is because every visit to the Apple Store, whatever "Genius" that diagnosed my iMac made the comment about the water damage on the case. They said that Apple will not honor the warranty if the water damage led to whatever the failure was.

My iMac's drive issue had nothing to do with the water on the case, so they did the repairs.

I would assume/expect that a decent and honest Apple Store would treat an open iMac the same way.
Comment

Only a fool would buy a brand-new iMac and then pry it open to modify it.

This DESTROYS the factory warranty, and if anything goes wrong, you won't be able to return it or get warranty service on it.

If you're going to "upgrade" it, at least wait the 1-year period until the warranty expires.
Comment

AFAIK, if you don't cause any damage, it doesn't void your warranty. In any case, I paid to an Apple reseller to put the ssd I bought. It still doesn't void the warranty. Last week my iMac's mic has been changed by the Apple Store here and there is nothing wrong with the warranty.
Last edited: Jul 26, 2019
Comment

Fishrrman said:
Only a fool would buy a brand-new iMac and then pry it open to modify it.
Click to expand...

I might be a fool, but a warranty wouldn't prevent me from doing something I want to do to a product I own.

I am sure it is common for people with the experience of opening up Macs skipping certain expensive BTO options on a Mac they are about to buy with the intent on upgrading it themselves.


Fishrrman said:
This DESTROYS the factory warranty, and if anything goes wrong, you won't be able to return it or get warranty service on it.
Click to expand...

In the US, opening the iMac wouldn't destroy a factory warranty due to consumer laws.

Actually, there has been several tech websites talking about this, and the "void if removed" stickers, and how they are technically illegal.

ondert said:
AFAIK, if you don't cause any damage, it doesn't void your warranty. In any case, I paid to a Apple reseller to put the ssd I bought. It still doesn't void the warranty. Last week my iMac's mic has been changed by the Apple Store here and there is nothing wrong with the warranty.
Click to expand...

I think this situation is typical, and usally the people that have issues with warranties may have caused damage. Like that YouTube guy that broke his iMac Pro's display.