Before heading on a road trip from Los Angeles, California to Phoenix, Arizona with his family to watch spring training baseball, MacRumors forum member and car audio installer Wesley, otherwise known as MrMacMini, decided that some entertainment would be needed for the five-hour drive. With a love for both Apple products and car audio installations, he decided to create his own entertainment system based on a pair of iPads, an Apple TV and Alpine headrest monitors in his 2011 Toyota Sienna. 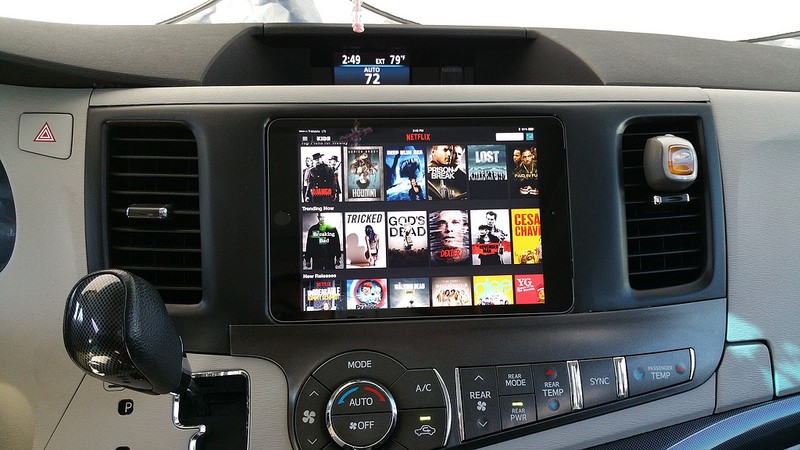 "The iPad mini sends the sound via Bluetooth to the Alpine head unit. I opted for keeping a head unit so that I can still use the steering controls and have access the radio, in case 1 day I forget the iPad at home," explains Wesley. "The rear screens run independent. My daughters can watch anything they want via the Apple TV and the 1TB wireless Seagate. If we all want to want to watch the same thing, I have it set up so that I can AirPlay from the iPad mini to the Apple TV and have the sound feed back through the Alpine head unit."
Click to expand...

A complete gallery of before and after photos, including pictures of the individual parts and assembly process, can be found within the discussion forums. For those without the DIY savviness to create their own in-car entertainment system, Alpine has partnered with Apple as an official maker of aftermarket CarPlay systems, which bring Maps, Messages, Phone, Music and Siri to the dashboard, for between $700 to $1400 depending on the unit. 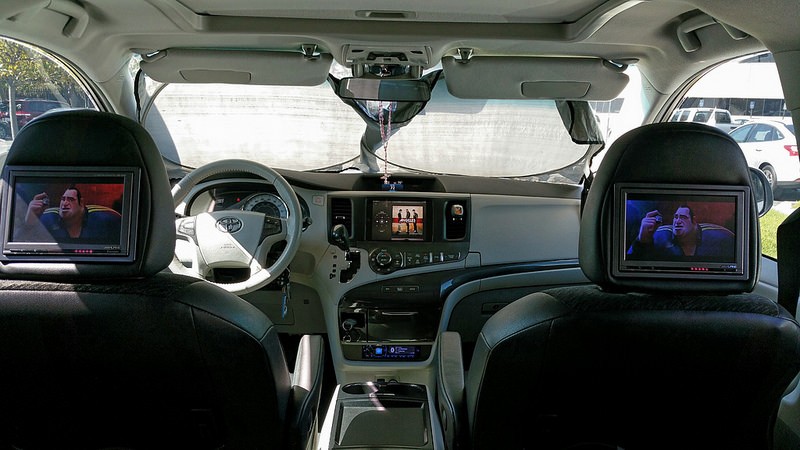 Given that certain car manufacturers are only now beginning to roll out CarPlay support in select new vehicles, and the expensive price tag of aftermarket systems by Alpine and Pioneer, this custom Apple-powered entertainment system could be a more affordable, not to mention cool, alternative for those that may have an iPad or two kicking around the house. If you have any Apple-related DIY projects, past or present, be sure to let us know by sending us a tip.

Nice. I would love to do this in my old bimmer
Comment

I'm certainly not going to pretend to be a DIY expert, but we're definitely open to sharing more cool things that our forum members are working on like this.
Comment

When one of these ipad freezes and you need to do the home button w/ power thing....what? you have to pry the freaking ipads out the dashboard?
Comment

Where did he get the bracket / ipad holder?
Comment
S

This is very cool. For those that cant wait for carplay to be implemented in a car or that don't want to buy a new car to get carplay this seems like a very nice system. Probably way overkill for most people, but for the enthusiast this seems great. But you still need the blue lights under the car to be serious.
Comment

I've wanted to do this for awhile I have an iPad mount and a Bluetooth adapter on my factory deck but I'd much rather mount the iPad.
Comment
C

With cars becoming self-driving, soon the windshield will become a giant display for everyone to enjoy.
Comment

This sounded really cool up until I hit the words "2011 Toyota Sienna".
Comment

RoastingPig said:
When one of these ipad freezes and you need to do the home button w/ power thing....what? you have to pry the freaking ipads out the dashboard?
Click to expand...

There's a lot of similar installs online- do a search. iPad usually just pops right out (presumably so it can be used as an iPad when one is not driving).
Comment

I'm still waiting for someone to use an iPad/iPhone as a head unit. iOS is fantastic for audio processing and if you borrow some features from recording Apps (like Auria) you could put everyone else to shame.

Imagine a Lightning connected interface with 12 (or more) output channels all controlled by your iOS device. You can have individual channels for your subs, mids, highs and centre channel with fully adjustable equalization, crossover and time delay for each channel. No more need for external signal processors, crossovers or EQ's.

Couple that with software to assist tuning (and a microphone for taking measurements) and you have a single device that can everything and replace thousands of dollars of gear.
Comment
B

2010mini said:
Nice. I would love to do this in my old bimmer
Click to expand...

It's called Beamer I believe. (as a BMW)
Comment

oneMadRssn said:
Where did he get the bracket / ipad holder?
Click to expand...

Pretty much any electronics store that sells car audio equipment. BestBuy even has brackets.

OT: Nice clean install. I'm sure it made the 5 hr ride all the more enjoyable.
Comment

69Mustang said:
Pretty much any electronics store that sells car audio equipment. BestBuy even has brackets.
Click to expand...

Cool. One thing to keep in mind is the Seagate Wireless no longer plays iTunes purchased content l, contrary to their website. They say it's iOS 8.
Comment

This is funny. Unintentionally, but funny nonetheless.


oneMadRssn said:
Not flush ones matched perfectly to the car, they don't have ones like that.
Click to expand...

Audio specialty vendors would be your best bet. iPad and tablet mounting is a tried and true process. Basic diy skills is all it takes. Granted, it probably won't look as good as his since it's what he does for a living.
Comment

"iPad mini 3 running iOS 8.1 (jailbroken)": Heck yeah
But I'm still sticking with my USB-powered AirPort Express -> proxy cassette tape with aux cable -> tape player in 1996 Toyota Land Cruiser idea. There's something to be said for making it fancy AND cheap. I'll post once I get it working.
Comment
2

Bimmer is correct for a BMW automobile, Beamer is a BMW motorcycle....
Comment
9

RoastingPig said:
When one of these ipad freezes and you need to do the home button w/ power thing....what? you have to pry the freaking ipads out the dashboard?
Click to expand...

Shun the non-believer, shuuuuunnnnnnn. J/K. I've got something like this running in my car 8" Android DVD/NAV/Ect.