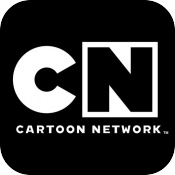 Cartoon Network today announced that it has implemented support for several of Apple's recently introduced television features on the Apple TV and iOS devices, including the TV app, Single sign-on, and universal search.

Through the TV app installed on Apple iOS devices in the United States, Cartoon Network content is now displayed alongside content from other apps that have added TV app support. Cartoon Network shows are now available in the "Up Next" and "Recommended" sections of the TV app.

When using Siri on the Apple TV to ask about content, Cartoon Network app content will now be displayed alongside other results thanks to universal search support.

The Cartoon Network is a popular channel that offers shows like Adventure Time, Steven Universe, The Amazing World of Gumball, Regular Show, and The Powerpuff Girls. While the app offers some free content, cable authentication is required to access all of what the app has to offer.

Cartoon Network can be downloaded from the App Store for free. [Direct Link]

If DirecTV Now worked with SSO that would be great.
Reactions: Fatty1380, apple_iBoy, AbSoluTc and 1 other person

Duuude, CN was my jank back in the day!

Why does any of Turner own channels don't support Chromecasting?

Universal search for Cartoon Network doesn't seem to work for me.

Is the app still garbage? All I want is a live stream... or at least ditch the strange overelaborate intro every single time I launch the app.
Reactions: tonyr6
G

thisisnotmyname said:
If DirecTV Now worked with SSO that would be great.
Click to expand...

This. Just ditched cable for internet only. Have had DirecTV Now since it was available. Got the $35 dollar promo and ATV4 deal. It has improved greatly. Now I just want the service available to all the apps. I also would like to not have to sign in to each and every, single, stinking, app with my DirecTV Now id. So time consuming. Especially with 5 ATV4's that I have to update.

macosxuser01 said:
Why does any of Turner own channels don't support Chromecasting?
Click to expand...

Funny I didn't see that this story has anything to do with chromecasting.

I'm sure your answer can be found there - no?
C

Perhaps because of slight dyslexia, perhaps because I have consumed a glass of wine or two, maybe it's to do with my smashed phone screen, more likely perhaps because I'm just a bit strange; but quickly flicking though MR I read this headline as 'Cartoon Network supports implants'.
Thought I should mention it.

When is Frontier cable company going to offer single sign in support?

Is this live TV or just Netflix with a really small selection of shows to pick from? The only reason I care about a network is to get live events, otherwise I would rather deal with the produces of the show.

Thank God! The CN app is very convoluted and hard to maneuver, making watching what you want to watch, and not what the app directs you to and autoplays, easier... I hope.
T

SSO, ApplePay, and CarPlay should compete for which is the slower burn.

All amazing features that have embarrassing adoption rates by the 3rd parties required to make them usable.

gijoeinla said:
Funny I didn't see that this story has anything to do with chromecasting.

I'm sure your answer can be found there - no?
Click to expand...

This is cool, but all these apps are coming out with different interfaces (very un-Apple-like), and we'd all rather use them through a uniform interface. That was one nice feature of cable TV.
[doublepost=1492679886][/doublepost]

TurboPGT! said:
SSO, ApplePay, and CarPlay should compete for which is the slower burn.

All amazing features that have embarrassing adoption rates by the 3rd parties required to make them usable.
Click to expand...

I went in with high expectations, and CarPlay was amazingly bad when I tried it. I had to enable the hacker instinct to make the thing work, trying different orderings of plugging stuff in and pairing Bluetooth until I could get music to play reliably. On top of it, the interface was really misleading, and I kept getting stuck in some Siri-only mode. Screw it, I've got places to be and would rather plug in an aux cable and be done. Can't imagine my parents using it.