Mac Otakara points to a blog post [Google translation] from case design firm MGM showing off a new case intended to fit Apple's rumored lower-cost iPhone. The photos reveal a case that is largely identical to iPhone 5 cases, with the exception of being approximately 2 mm thicker. 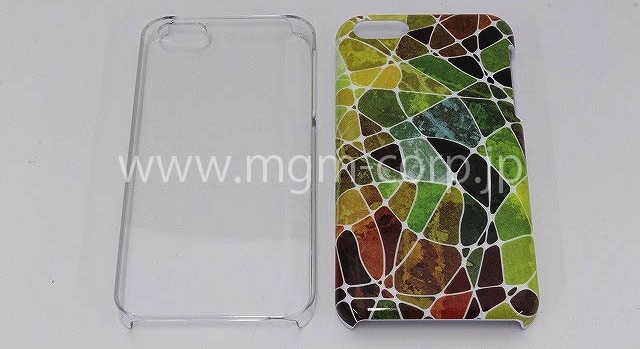 iPhone 5 case (left) vs. lower-cost iPhone case (right)​
Mac Otakara has also posted a hands-on video of the case. In the video, an iPhone 5 is placed into the case and appears to fit fairly well. It is clear, however, that the case is intended for a device with rounded edges rather than the squared edges of the iPhone 5.

Descriptions of the lower-cost iPhone having curved rear edges date back to a January report from iLounge that suggested the device would adopt curvature similar to the iPod classic, while appearing as a cross between the iPhone 5 and fifth-generation iPod touch in other respects.

Apple's lower-cost iPhone is expected to be introduced in the September timeframe and has been rumored to be including a number of color options in order to help differentiate the device from Apple's main iPhone line.

Case designs have accurately hinted at Apple's design plans a number of times in the past, although case makers have on occasion been fooled as was seen in 2011.

with this, how can we now if the reveled internals are for the 5s or for the low cost one?
Comment

I assume a cheaper iPhone would use the previous generation internals for cost reasons. But where would this leave the iPod Touch, which seems quite overpriced at the moment?
Comment
K

Ugh. I guess it's back to the 3GS level of uglyness for iPhone.
Comment

I thought they somewhat addressed this with the iPhone Trade-in program they announced.

If it is around $300 without a contract I will buy one. I actually prefer the smooth edges look. I used to use a white macbook which I loved the look of.
Comment

I don't believe a low cost iphone is going to be launched, isn't that what the old iPhone models are for? And I assume iOS will keep demanding better specs so why bring out a lower cost iPhone? What would differentiate and still allow it to run the latest iOS version smoothly?
Comment

Front page news right here! I mean, how much lower cost can they possibly be?
Comment
A

So, because a company decides to make a case for something, it will fit the actual product?

Start your 3-D printers folks, let's make some cases for iPhone form factors we would like to see.
Comment

GenesisJLS said:
Front page news right here! I mean, how much lower cost can they possibly be?
Click to expand...

Love your user name! From the band or the bible? Me is for the band.
Comment
I

this screams ipod touch to me and not iphone.
Comment
M

karlwig said:
Ugh. I guess it's back to the 3GS level of uglyness for iPhone.
Click to expand...

But the 3GS is considerably more durable. Most AT&T stores I go to hated the all glass iPhone 4 because damages were so high.

My opinion is that they are getting up to drop all Samsung processors, so all the iPhone 4 lineup will drop this fall. You'll have the 5S same as current 5, and a new 5-lite with a few downgraded parts, plastic rear cover, TSMC-made processor, etc to knock $100 off the price. Apple has gone out of their way to knock off all the other not-tall retina display devices.
Comment

GenesisJLS said:
Front page news right here! I mean, how much lower cost can they possibly be?
Click to expand...

The US is not the only place where people buy iPhones.
Comment
S

I just got a 4S a while back and though it's obviously a fair bit thinner than my old 3GS, I prefer rounded edges. Slides into pockets easier and doesn't create a sharp defined profile in jeans fabric. Easier/more comfortable grip too, IMO. I like the look of the sharper clean edge, but I'd love to a see a 5s with eased edges. I doubt it though, since ergonomics are something Apple seems to despise more and more (ie. magic mouse  totally unusable for me.)
Comment

I'm all for it. I don't care if it's a lower-cost iPhone or the new iPhone, I just want one with softened edges. The 3G may have been thick but it was a comfortable device. The hard-edged shape that started with the iPhone 4 was never comfortable to hold and it's part of the reason I've held off on getting a 5 - I hoped that maybe something would convince Apple to redesign rather than continue the same design again for the 5S. I'd even welcome them adding some thickness to bring in this new design. I don't need the world's thinnest phone. I just need it to be comfortable to hold.
Comment

Not sure what to think of the case... however I'd vote the Video music as one of the most annoying... X-Files like.
Comment
M

ghostlines said:
I don't believe a low cost iphone is going to be launched, isn't that what the old iPhone models are for?
Click to expand...

Maybe do away with them. Perhaps when the 5S launches in the fall, the 5 as is won't be sold anymore, but instead, be sold as the low-cost model. Similar internals and a new exterior.

Or maybe the low-cost model will be limited only to developing nations, where the current iPhone offerings, even the cheap 4 models, are still too expensive.
Comment

iamvoldemort said:
this screams ipod touch to me and not iphone.
Click to expand...

you could fit 3 iPod touches in that case. it's way too thick.
Comment
T

The US is not the only place where people buy iPhones.
Click to expand...

Why would it be cheaper than iPad mini wifi? iPhone 5 16 GB is much more expensive than iPad 4 16GB wifi
Comment
H

I don't know what's worse, the jerky hand movements or the music. It's like bad iPron video.
Comment
L

"Something that fits beautifully in the palm of your hands". That was true for iPhone1+iPhone3GS but not for the current bricks.

Why not make an iPhone that is beautiful and feels great even without an ugly bumper.
Comment
D

ghostlines said:
I don't believe a low cost iphone is going to be launched, isn't that what the old iPhone models are for?
Click to expand...

This is aimed more towards the countries that have to pay full price for the phone instead of it being a part of the contract. From a business standpoint, it makes perfect sense. You make it low enough where you're still making a profit, but the more phones in the market, the higher revenue from apps, iAds, et cetera. I think they'll make a low cost iPhone, it makes sense.
Comment

Tiger8 said:
Why would it be cheaper than iPad mini wifi? iPhone 5 16 GB is much more expensive than iPad 4 16GB wifi
Click to expand...

That's exactly the point lol. They need to come out with a cheaper iPhone so that people who don't "enjoy" the US subsidies (protip: we don't really enjoy this system) can afford to buy an iPhone.

I suspect that the low-cost iPod Touch is kind of a test run. If they can put out something like that, but a little thicker to accommodate the cellular radios and a little bit bigger battery and sell it at $299 or even $349, it would sell a lot.
Comment
You must log in or register to reply here.
Share:
Facebook Twitter Reddit Email Share Link
Register on MacRumors! This sidebar will go away, and you'll see fewer ads.
Sign Up
Top Bottom