Parrot, the company behind the iPhone-controlled AR.Drone Wi-Fi quadricopter, revealed two new products at CES 2014 including the MiniDrone, a smaller version of the AR.Drone, and the Jumping Sumo, a robotic car with individually controlled wheels. 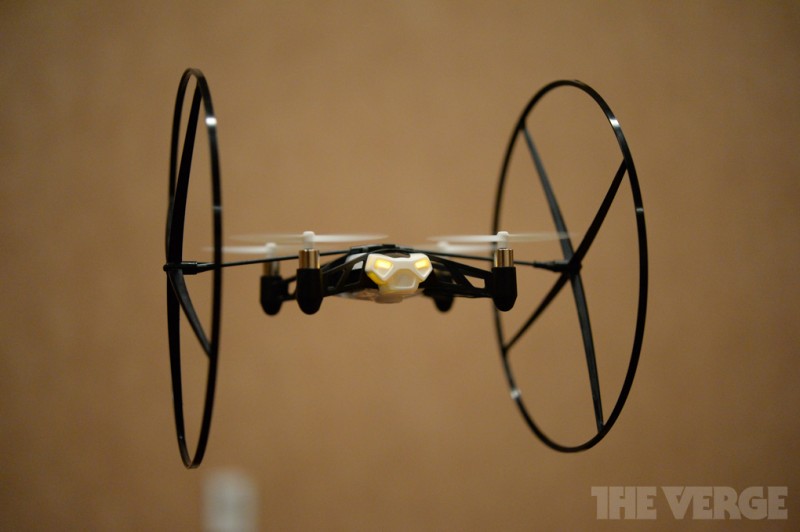 Like Parrot's other products, the MiniDrone is controlled using an iOS app, allowing a user to adjust the pitch, yaw, altitude and rotation with ease. Parrot's MiniDrone also comes with large wheels that act as a protective barrier around the rotors, allowing for the device to be durable when bouncing off of objects. The Verge also explained the device's internal features:

On the tech side of things, Parrot's using an accelerometer, ultrasonic sensor, gyroscope, and downwards-facing camera to give the drone all it needs to stay aloft. Unlike the AR.Drone, there's no usable camera on board and no video output -- you'll have to make do with watching the MiniDrone buzz around the room. Bluetooth 4.0 is used to communicate with the drone, and the company says that offers a maximum range in clear air of about 160 feet.
Click to expand... 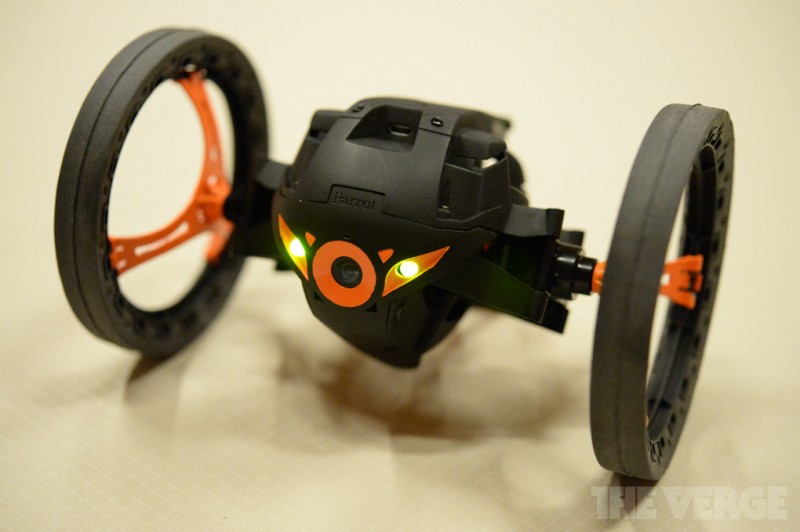 Meanwhile, Parrot's Jumping Sumo is controlled by a system that uses swipe gestures, accelerometer detection, and gyroscope movement to navigate and turn. The device itself includes an onboard QVGA camera and dual-band 802.11ac Wi-Fi to communicate with the included iPad app, as users can view the perspective from the robot in real-time.

Both drones are expected to be released later this year, with pricing info to be determined.

No camera? So I can't use this to spy on people like I did with the first one?

If it had sensors to detect a collision and avoid it then the drone would be lighter and not look so ugly.

joshwenke said:
No camera? So I can't use this to spy on people like I did with the first one?
Click to expand...

AirDrone Mini has no camera? Sorry no camera, no buy.

I was interested in this until the part that said no built-in camera(s).

Solomani said:
AirDrone Mini has no camera? Sorry no camera, no buy.

Exactly. Without a camera, it has no use.
K

Solomani said:
AirDrone Mini has no camera? Sorry no camera, no buy.

Yeah not sure what the point is without video? - You can get a Mini Quad Copter (no video) on Amazon for around $50.

Got one of the Jumping Sumos at Christmas. Other than the jumping, it is fantastic. Very cool to drive around with the streaming video on the iPad. However, after 6 jumps the internal plastic cam broke so no more jumping. There are many complaints about this online but hard to gauge how widespread the problem is. Almost seems like something was redesigned shortly before Christmas because all complaints about this are recent.

They expect the purchaser to pay to send the entire drone back to Parrot for warranty repair instead of just sending new parts, so back to the store it went. I picked up a new one and and am trying to figure out a way to reduce the spring force (ran it with one of two springs initially but doesn't quite function right).