Braven has announced a pair of new Bluetooth speakers and a portable backup battery for iPhone and iPad at CES 2016. The trio of rugged accessories are designed to withstand drops, sand, snow, dirt, dust and water, making them ideal for outdoor activities ranging from camping and hiking to rafting and rock climbing.

The Braven BRV-BLADE LE is a rugged portable Bluetooth speaker that features an IPX7 waterproof rating, aircraft-grade aluminum casing, shockproof ABS construction, built-in 4,000mAh power bank, microphone for hands-free calls and more. The speaker will be available for $199.99 in Q2 of 2016.

The Braven BRV-XXL is another rugged portable Bluetooth speaker with an IPX 5 waterproof rating and a tank-like design crafted from aircraft grade aluminum and shockproof ABS. The speaker delivers 14 hours of music playback and has a large 15,600mAh built-in battery for charging smartphones and tablets.

The BRV-XXL also has NFC, on-board volume and audio controls and a 3.5mm microphone input, and is similarly designed for the outdoors with drop, sand, dirt and dust protection, tie-down loops and a carry strap with a built-in bottle opener. The Braven BRV-XXL will be available for purchase for $349.99 in Q1 of 2016. 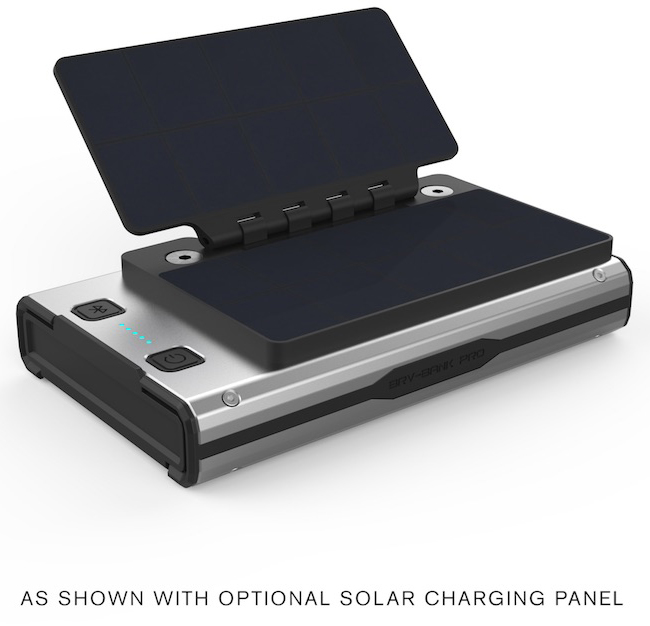 The BRV-BANK PRO LE has a 6,000mAh rechargeable lithium-ion battery, enough to fully charge most smartphones two or three times, with two USB charging ports (1A and 2.4A). The portable battery will be available for purchase for $129.99 in Q1 of 2016 and comes with a nylon-braided USB cable and a lanyard in the box.

OMG, my RSS feed reader is completely full of CES posts. Mac rumors, please go back to Mac Rumors.... or give us a rumors only RSS feed. You're killing me.
A