Misfit today introduced the Misfit Vapor, its first smart watch that includes a touchscreen. Vapor is Misfit's most advanced wearable device yet, with fitness, sleep, and heart rate tracking along with GPS and standalone music functionality.

Vapor has a 1.39-inch circular AMOLED display that's attached to a traditional watch band, for a setup that's not too bulky and can fit a wide range of users. The following sensors and hardware are built into the Vapor: accelerometer, altimeter, gyroscope, optical heart rate sensor, GPS, and microphone. 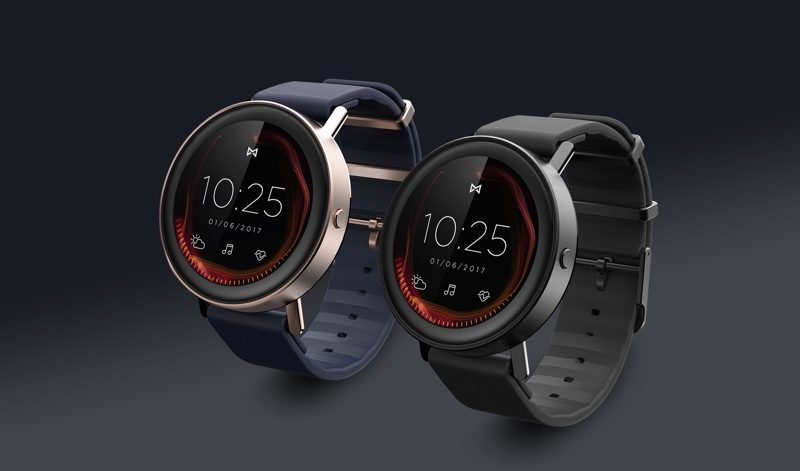 With GPS, the Vapor does not need to have a smartphone nearby to play music or keep track of their workouts, and with Bluetooth connectivity and built-in storage, music can be played directly from your wrist, much like with the Apple Watch. It's swimproof and water resistant up to 50 meters. 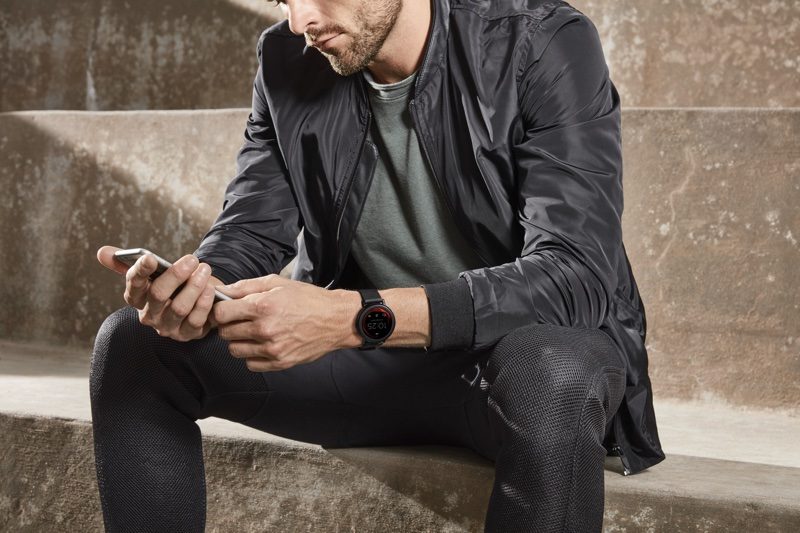 Vapor includes a Qualcomm Snapdragon Wear 2100 processor and 4GB of memory, and in addition to Bluetooth, it supports WiFi. It connects to a magnetic charging cradle for power, and lasts for two days on a single charge.

Misfit Vapor opens the next chapter of even more customizable options for our users. Touchscreen smartwatches offer an almost infinitely versatile platform on which to build new experiences, products, and services. The future of wearables will grow out of both truly wearable hardware and advanced software that is tailored to create a compelling, personalized user experience. Vapor takes us one step closer to achieving that vision," said Preston Moxcey, General Manager of Misfit.
Click to expand...

At 44mm, the Vapor slightly bigger than the Apple Watch, and it will come in two finishes: Jet Black and Rose Gold, both with matching bands. Misfit plans to begin selling the Vapor later this year for $199.

One might even call it, Vaporwear.
Reactions: Happy-Mac, Boatboy24, Kajje and 1 other person

Am I missing something or is this the best Smartwatch out there? (I own an Apple Watch & am tempted to buy this one.)

And yet rumors are the new Apple Watch to be released this year will be just a minor update to the existing Series 2.
M

Is it iOS compatible?

Tech bloggers really need to learn the distinction between 'storage' and 'memory'.

For example: 'The Vapor smartwatch has 4GB of storage for music'.
Reactions: Happy-Mac, comics addict and coolfactor

Lapidus said:
Am I missing something or is this the best Smartwatch out there? (I own an Apple Watch & am tempted to buy this one.)
Click to expand...

Doesn't speak to integrations with messaging, or much about notifications. Purely for a watch, or fitness device, looks very nice.
C

Poor choice of name, given the meaning of "vaporware".

What operating system does it run? Something developed by Misfit?

Can more functionality be installed onto the watch?


Lapidus said:
Am I missing something or is this the best Smartwatch out there? (I own an Apple Watch & am tempted to buy this one.)
Click to expand...

There's no law that says you can't have more than one watch. It's the fashion industry, after all.

This is a nice looking smartwatch. I'd go with this one over the Fitbit watches anyday. Misfit's app plays nicely with iOS and the Health app.

If I hadn't lost my Misfit shine, I'd probably wouldn't be wearing my Apple Watch. Maybe if this was available a few months ago, I'd have gone with this over the AW.

That alleged two-day battery life obviously depends on what you do with it. Passing grade journalism but not an A.

looks just like a moto 360 or am I missing something?

Used misfit before due to the really decent Pebble app. Now I know why they haven't bought the app out on the Apple Watch.

honglong1976 said:
looks just like a moto 360 or am I missing something?

Used misfit before due to the really decent Pebble app. Now I know why they haven't bought the app out on the Apple Watch.
Click to expand...

Looks nicer than the Moto360. The tire is not flat.

I have loved Misfit since the original Shine came out, and must admit I am very tempted. But I do love my Apple Watch.
R

I'm more interested in the trousers the model is wearing.
H

Exactly, it's not a new wearable devices, wearables are dead, it's straight up Vaporwear.
Last edited: Jan 5, 2017

I would be curious to try it. The price point is fair and it offers quite a bit in terms of what the other competitors are offering.
H

For example: 'The Vapor smartwatch has 4GB of storage for music'.
Click to expand...

I completely agree, them and my dad.

I figured as new products and their specs came out my dad would read/hear about them and learn the distinction (he keeps up a bit, but he's been saying it wrong for at least a decade). But now bloggers/reporters are reporting it that way.

Saipher said:
And yet rumors are the new Apple Watch to be released this year will be just a minor update to the existing Series 2.
Click to expand...

I read that article as well. If they do update the Series 2, it will likely be incremental. Again, I don't necessarily believe that article, but I think will see more rumors if it's accurate as we approach closer to September 2017.
You must log in or register to reply here.
Share:
Facebook Twitter Reddit Email Share Link
Register on MacRumors! This sidebar will go away, and you'll see fewer ads.
Sign Up
Top Bottom