Today at CES, smart lock maker August announced the expansion of its in-home delivery service "August Access," which will roll out in partnership with delivery company Deliv. Similar to Amazon Key, customers who use August's service will grant Deliv drivers one-time access into their home so that packages aren't left outside (via TechCrunch).

August's service will expand upon its previous August Access platform by opening it up to any interested online retailer, allowing users to order products from these stores and select the August Access in-home delivery option. As long as customers have smart locks from August, Emtek, or Yale, August will then generate a one-time password that the Deliv driver enters, drops off the package inside, and closes the door on their way out (which re-locks automatically). 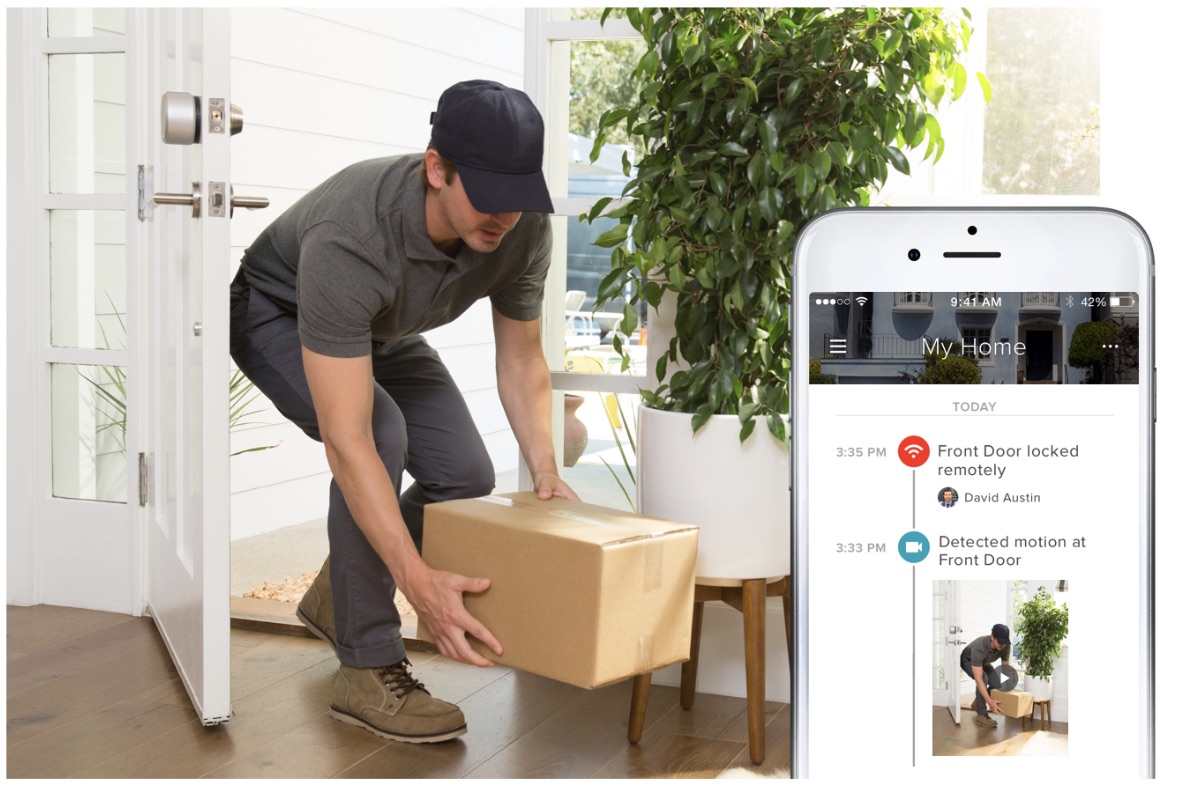 Once the process is complete users will get a notification on their iPhone or Android smartphone, and the company will also offer "a camera feature" to see the delivery live or watch it later. No information was given on what security cameras will be supported with the service.

"We have been working on this for some time with a variety of retailers and testing it," said Jason Johnson, the co-founder and CEO of August, in an interview. "It's now coming along very fast."

"Through this unique partnership, we are bringing a bit of magic to the shopping experience," said Daphne Carmeli, CEO of Deliv, in a statement. "Deliv provides the last mile fulfilment solution for a broad retailer network across the country while August Home supplies the technology to take the final step into the home for a totally seamless experience, start to finish."
Click to expand...

Besides August locks, the Emtek and Yale brands are supporting August Access now that each company is under the Assa Abloy umbrella, following its acquisition of August last year. The service was previously tested with Walmart in September, even allowing delivery people to put away groceries in customers' refrigerators when needed.

Amazon Key works in much the same way as August Access, allowing Prime members in 37 cities across the United States to order "tens of millions of items" on Amazon.com and have them delivered securely inside their home. But August CEO Jason Johnson said August Access provides more "choice and flexibility" since it's not only available to products on Amazon but will be supported by any retailer who decides to back the platform.

My Amazon driver would just as soon throw my package out the window of his truck, I wouldn't let a courier in my home unattended ever, I know the caliber of people they hire.

Delivery guys can barely deliver a package without breaking it. I'm not letting them in my house. You'd come home and think you'd been burglarized, only to find everything was smashed because that's all those guys know how to do.

Yeah, hackers have already figured out how to circumvent the Amazon version of this service. They essentially are able to make the indoor camera freeze on a frame where it looks like they've left, then go back in entirely undetected.

There's just way too many ways to game a system like this. Sorry August, nice try!
Reactions: autrefois

I’m not sure who is more naive: them for thinking people would be that trusting or the person who actually signs up for this.
Reactions: autrefois

I'm sure insurance companies are going to like this product.

I for one would rather have a wet or stolen package than grant a stranger access to my home. I wish some of these companies would spend their time trying to solve real problems than creating new ones.

Even with security cameras on the residence, there is just something uncomfortable having a complete stranger having access to your house, even if they were honest or not. It's the unfamiliarity of who it is and any unknown intentions.
Reactions: autrefois
A

Nervous about a single package getting stolen?

Now, you can be nervous about everything in your home getting stolen.

August Access: Trading one fear for another.
Reactions: KazKam and autrefois

If only Yale would combine the best of Yale and August -- August's apps and ecosystem, and Yale's sleeker hardware design.
J

I have an august lock. i will not be using this. The people that are trying to make this a thing should just stop already...

Not going to let stranger into my home unattended in the first place.

I'm pretty sure my German Shepard and my Boxer would eat whoever came through said door without me there.
You must log in or register to reply here.
Share:
Facebook Twitter Reddit Email Link
Register on MacRumors! This sidebar will go away, and you'll see fewer ads.
Sign Up
Top Bottom