At this year's Consumer Electronics Show, Western Digital is introducing several new products under both its WD and SanDisk brands, including new SSDs, software updates, and an ultra small flash drive.

The new WD My Passport Wireless SSD features wireless connectivity to allow customers to transfer photos captured on devices like drones or cameras without the need for a cable. 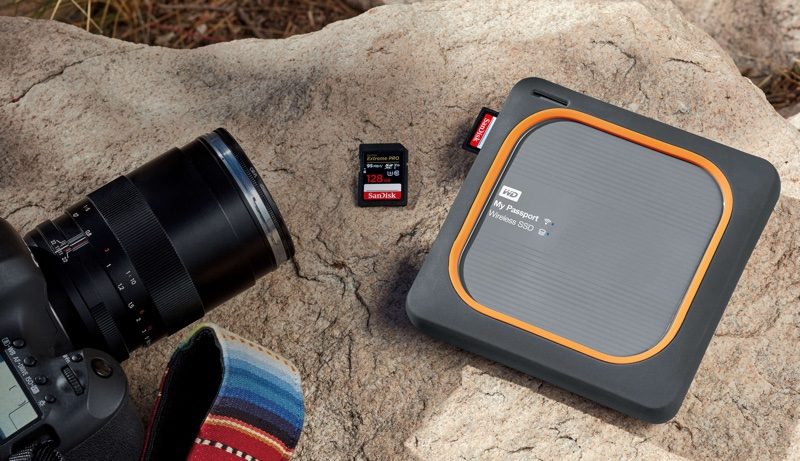 It features a rugged enclosure, read speeds of up to 309MB/s, 10 hour battery life, and a built-in SD card reader, making it a solid choice for on-the-go usage.

The My Passport Wireless SSD also has a one-touch transfer button to initiate content transfers, and it serves as a power bank for charging your devices with an integrated 6,700mAh battery. It's available in 250GB to 2TB capacities, with pricing ranging from $229 for the 250GB model to $800 for the 2TB model.

Under its SanDisk brand, Western Digital is introducing the USB-C SanDisk Extreme Portable SSD, a small pocket-sized SSD with capacities up to 2TB and 550MB/s read speeds. It has an IP55 rating so it can stand up to splashes, light rain, and dust when in use outdoors.

Along with the new SanDisk Extreme Portable SSD, Western Digital is debuting the SanDisk Ultra Fit USB 3.1, which it says is the world's smallest 256GB USB flash drive with read speeds of 130MB/s. There are several versions of the Ultra Fit, with the 16GB model priced at $22 and the highest-end 256GB model priced at $150. Western Digital also has a 1TB Ultra Fit prototype on display at CES. 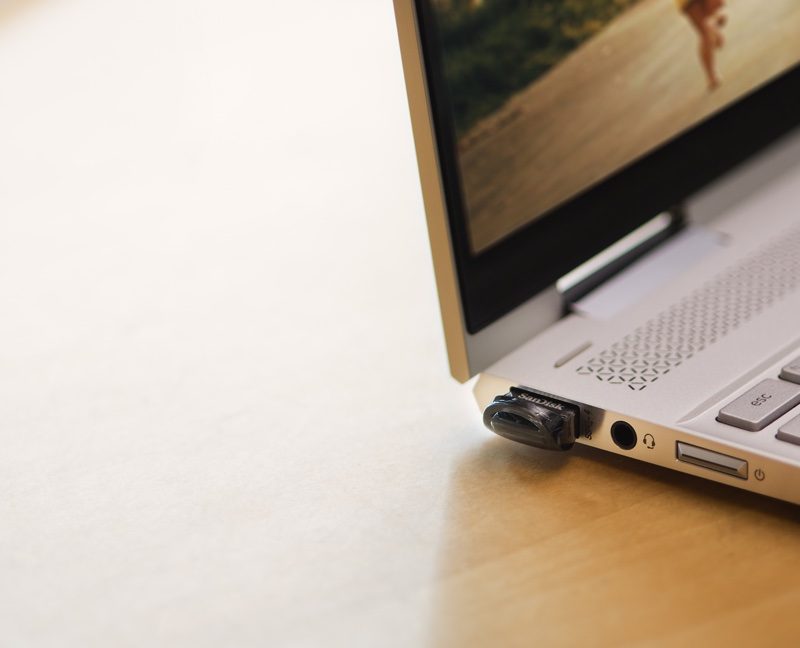 In addition to its new hardware products, Western Digital is announcing Smart Home media app integration that enables voice activation in its My Cloud Home. With the update, My Cloud Home can integrate with devices like Alexa and Chromecast.

That Sandisk Extreme is pretty hideous, but I kinda really want one...
Comment
J

Not a fan of the looks, but the idea is awesome!
Reactions: centauratlas
Comment

Gahhh... still no news of M.2 3D 2TB SSD. I'm waiting for it to come anxiously.
Reactions: SackJabbit
Comment
U

Hmm... USB 3.1 Type A? Won't matter much for those who have the latest MBPs with USB 3.1 Type C ports unless... still dongleland. They should offer USB flash drives that simply flip to Type A & C like other products that already offer.
Comment

Game lights? Another VR headset? Yet another hard drive?? Not to sound snarky but this has got to be the most boring CES I’ve ever read about. The most interesting product is a faucet, for crying out loud.

OK, that was snarky.
Reactions: Return Zero and wbeasley
Comment

Kabeyun said:
Game lights? Another VR headset? Yet another hard drive?? Not to sound snarky but this has got to be the most boring CES I’ve ever read about. The most interesting product is a faucet, for crying out loud.

Literally the only thing that has grabbed my interest is LG's short-throw 4K projector.
Reactions: Kabeyun
Comment

Honestly, I'll be running away from any Western Digital products as fast as possible:

glowplug said:
Honestly, I'll be running away from any Western Digital products as fast as possible:

Don’t throw the baby out with the bath water. WD Red drives are affordable, stable, power-efficient, and rock solid in a host of third party NAS enclosures.
Reactions: blake2 and KazKam
Comment

How about a SanDisk branded multi-card reader with a USB-C connector that reads CF cards at over 500 Mb/s and supports UHS-II SDXC Cards?
Comment
J

i bought the Sandisk USB-C SanDisk Extreme Portable SSD yesterday. i got the 1 TB model.
i reformatted it as soon as i got it to APFS (Encrypted).
i chose this SSD as my Time Machine disk to back up to.

this is the perfect solution for me.
really good speeds (even though i am using it with the USB A type adapter that comes with it since my MacBook Air only has USB A).
but this main im-ex port port is USB C so it is ready for my next machine i buy from apple.

i have used and loved TimeMachine ever since it came out many years ago and although it was buggy for the 1st few years, its really a great backup product now. and with APFS its really quick.