The new Qi-compatible 10W MagicMount Charge 3 is the latest MagicMount product from Scosche, and it's now available with a unique vent mount that features an articulated swing arm so it doesn't impede airflow from a vehicle's vent.

The MagicMount Charge 3 is able to offer up the convenience of a vent mount without the usual drawback of blocking the vent, and it also rotates 360 degrees so your iPhone can be viewed from any angle. The swing arm offers up additional positional options for a customized fit for each vehicle. 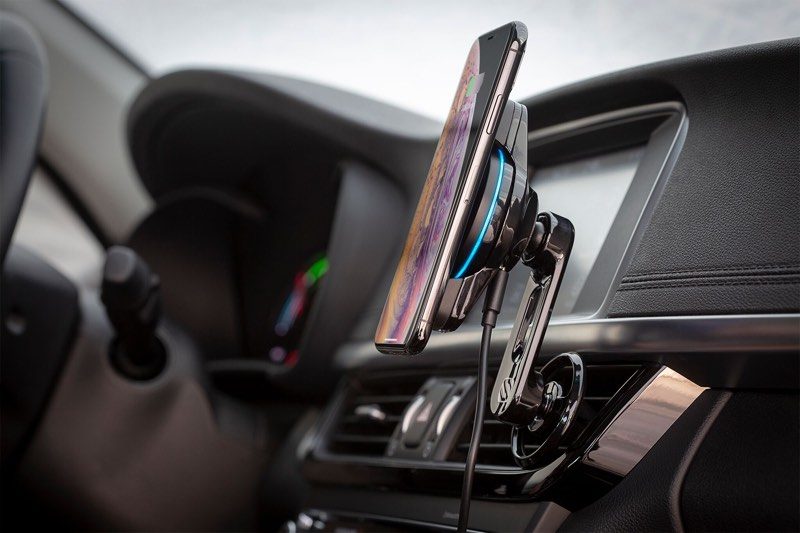 An iPhone attaches to the MagicMount Charge3 using Neodymium magnets, and the stand has been designed with a thermal management gap that between the phone and the mount to allow heated air to disperse.

There are a total of four mounting options for the MagicMount Charge3, including the aforementioned vent mount, a dash mount that uses adhesive, StickGrip mount for the window or the dash, and a double pivot option for more versatility.

The MagicMount Charge 3 will be available in spring 2019. Pricing has not yet been announced.

The 10W MagicGrip Charge Qi Mount, designed for use in the car, is a motorized charging stand that uses a sensor to detect when a Qi-enabled device is nearby.

When a Qi device like an iPhone is aligned with the charging coil of the accessory, the arms of the mount automatically close to hold it securely in place while you drive. The charging head is designed to offer full 360-degree rotation, letting users view the device in landscape and portrait orientations. 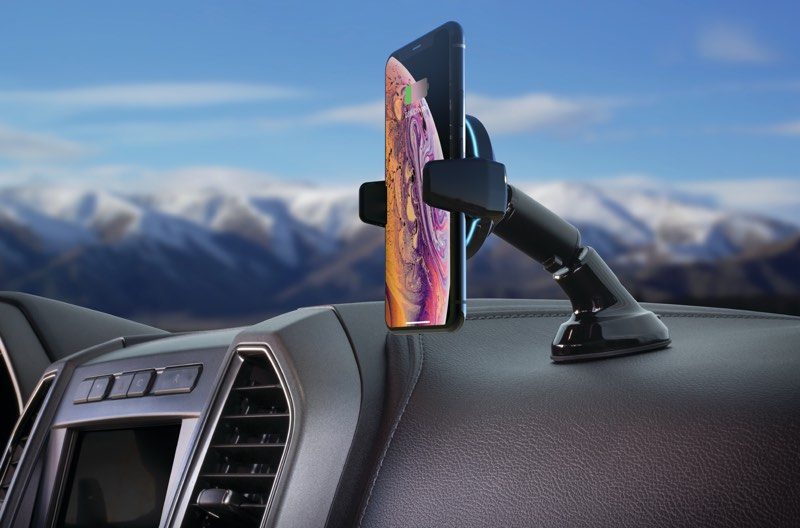 There are four mounting options for the MagicGrip, including a dash mount that uses an adhesive grip material, a grip mount with swing arm, a window/dash StickGrip base, and a Double Pivot option that offers more versatility.

Scosche's MagicGrip Charge Wireless Charging Mount will be available in fall 2019. Pricing has not been announced.

Scosche's BaseLynx system is a multi-device charging dock designed to support multiple Apple products at once, including an iPads, iPhones, and the Apple Watch. The BaseLynx consists of several different modules that can be paired together to meet each person's needs. 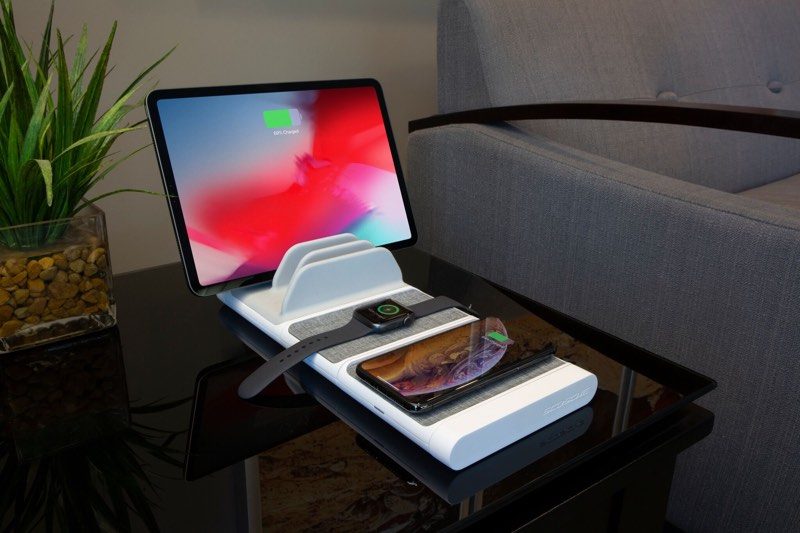 Modules include a 10W Qi wireless fast charging dock for the iPhone, an Apple Watch charging option that uses your own Apple Watch charging puck, a vertical power station that holds and charges three devices with two USB-A outlets and one USB-C outlet, and an end cap that offers up additional USB-A and 18W power delivery outlets. 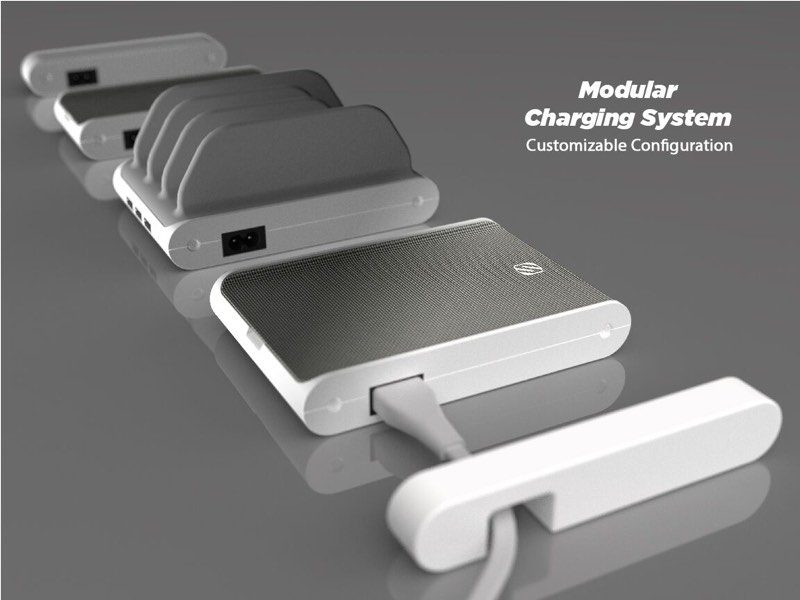 The USB-C ports on the device can be used for charging the iPad Pro and fast charging the iPhone with a USB-C to Lightning cable. Each of the different modules comes with an AC power cord and two end caps to allow them to be used on a standalone basis.

Scosche's BaseLynx system will debut in spring 2019. Pricing has not yet been announced.

The modular charging system is huge! Surely it’s just easier to bring your cables along as opposed to dragging an ironing board sized charger around
Reactions: rjp1

The Magic Grip seems interesting. I'd be curious to see one and to see if it's compatible with ball mount I already have.
Reactions: rjp1

H3LL5P4WN said:
The Magic Grip seems interesting. I'd be curious to see one and to see if it's compatible with ball mount I already have.
Click to expand...

I actually came across something similar lately, it does the same thing. The reviews are pretty good-

dannyyankou said:
I actually came across something similar lately, it does the same thing. The reviews are pretty good-

I have the Eso Qi and it's fantastic except that it has intermittent coil whine:
https://www.indiegogo.com/projects/esoqi-one-touch-qi-wireless-fast-charge-car-mount#/

dannyyankou said:
I actually came across something similar lately, it does the same thing. The reviews are pretty good-

Aren't they all essentially the same? it looks like any other junks from China nothing special I see a trend now everyone is copying automatic grip design.

dojoman said:
How is this the same as Magic Grip mount? Amazon one just grips from the side there's no magnets, it looks like any other junks from China nothing special.
Click to expand...

Does MacRumors ever look at AliExpress? This stuff has been around for donkeys!

Can't help but notice the iPad Pro in the image doesn't actually have any cables attached to it in order to be charging it...
You must log in or register to reply here.
Share:
Facebook Twitter Reddit Email Link
Register on MacRumors! This sidebar will go away, and you'll see fewer ads.
Sign Up
Top Bottom