Chicago Mayor Rahm Emanuel joined Tim Cook in celebrating Apple's "Everyone Can Code" initiative on Wednesday at the company's Michigan Avenue store, where a special Today at Apple session got underway. 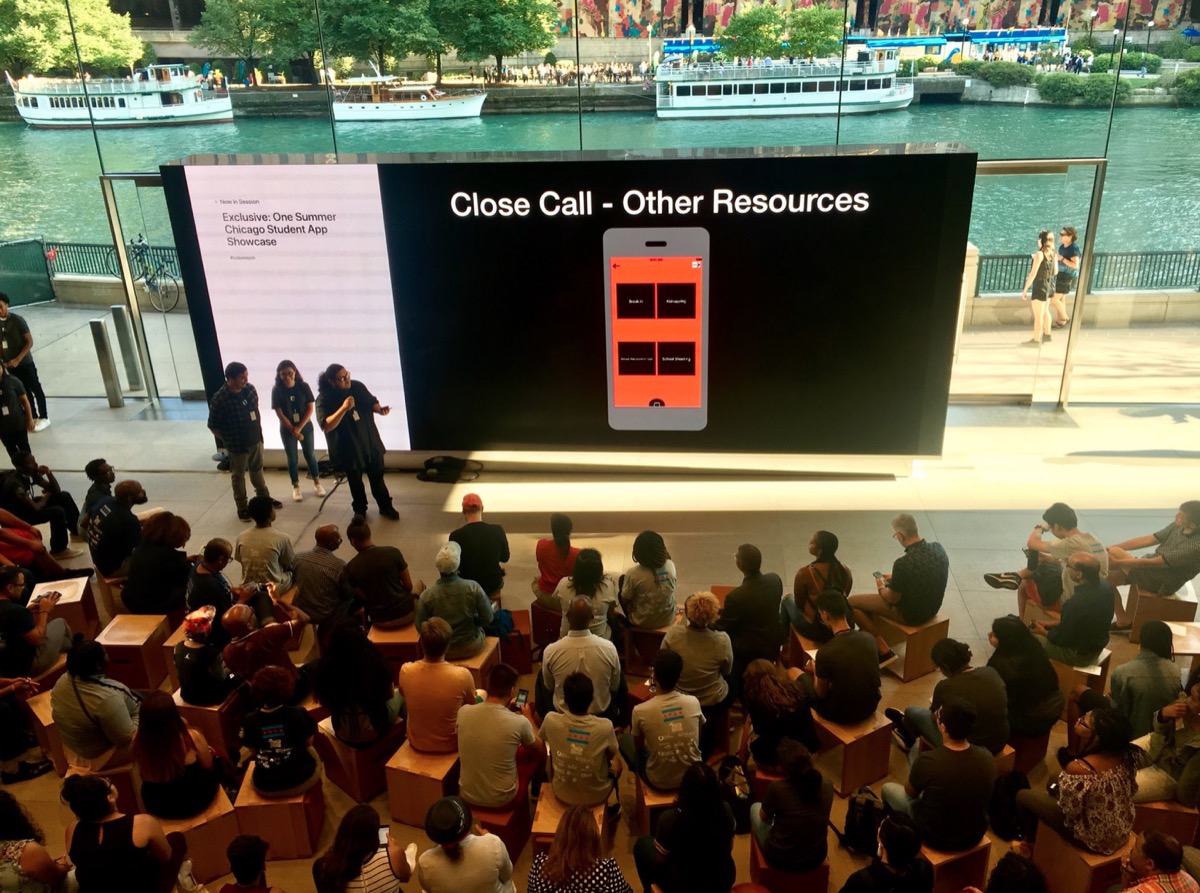 In a special session titled "One Summer Chicago Student App Showcase", young coders presented their latest app creations to onlookers with the help of the store's giant TV display.

Rahm and Cook both took to Twitter to promote the student-centered gig, sharing their photos of participants and members of the public in attendance.

#OneSummerChicago youth are demoing apps they built through @Apple's Everyone Can Code program! This summer they learned to code in Swift. #CS4ALL pic.twitter.com/gR34USYl4u - Mayor Rahm Emanuel (@ChicagosMayor) August 8, 2018
Click to expand...

Young developers like Fahmeen, Afreen and Amelia are building apps to help their local communities. Thanks to @ChicagosMayor and @1summerchicago for helping us showcase some of the creativity and passion coming out of our Everyone Can Code initiative in Chicago. pic.twitter.com/GeFDmYTEY4 - Tim Cook (@tim_cook) August 9, 2018
Click to expand...

Since December, Apple has been working to bring coding opportunities to almost half a million students in the city of Chicago through an expansion of the company's Everyone Can Code program.

The Swift-oriented initiative has been designed in collaboration with the Mayor's Office of Chicago, Chicago Public Schools, City Colleges of Chicago, local businesses and non-profit organizations.

The coding initiative has since been expanded to colleges and universities outside of the United States, taking in institutions from Australia, Denmark, New Zealand, the Netherlands, and the United Kingdom.

Looking forward to seeing more of these, it sounds like a great initiative.
Reactions: artfossil and Kaibelf
B

Love the river view from that store!
Reactions: artfossil

Anticipating the "Everyone Can Work On Off Shore Oil Rigs" campaign from big oil.

bluespark said:
Love the river view from that store!
Click to expand...

It’s really nice. I made sure to pop in before I moved away and it is like a big amphitheater facing the river.
Reactions: bluespark

Here's one thing that Apple cat put their dollars, teaching kids to use computers as computers.

bluespark said:
Love the river view from that store!
Click to expand...

I also like how Chicago has been renovating the river walk the last few years. Definitely some of the best architecture in the world here in Chicago. I highly suggest taking at least one of the architectural tours offered by the Chicago Architecture Foundation.

On topic, glad that Apple & the city are doing this. Helps critical thinking skills, and useful job skills. Kinda wish there was also a push for trade jobs (eg construction, carpentry, electricians, etc.). I've heard there are quite a few decent paying jobs in those industries, and need less expensive training than a regular 4 year college degree.
Reactions: bluespark

Yep, anyone can code.