Following up a report from earlier this week that Apple CEO Tim Cook had traveled to China, representatives for China Mobile have confirmed to Reuters that its Chairman, Xi Guohua, and Cook had met recently to discuss "matters of cooperation". China Mobile, the world's largest carrier, is the only major Chinese carrier to not have a deal with Apple to distribute the iPhone. 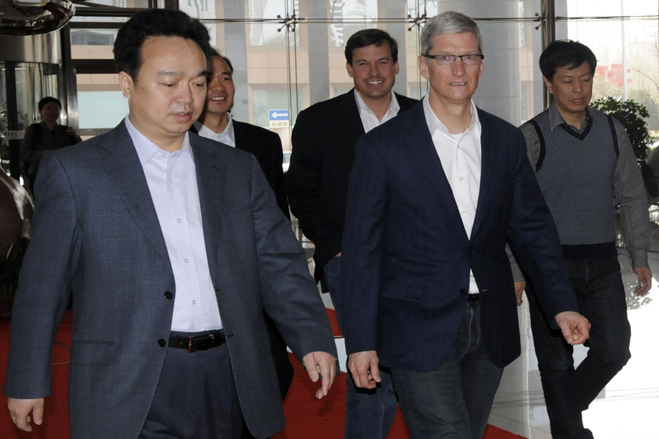 The meeting with China Mobile Chairman Xi Guohua in Beijing was to discuss matters of cooperation, the Chinese firm told Reuters in an emailed statement. It gave no further details.
Click to expand...

Prior to this news, it was speculated that Cook may have visited China to discuss the potential for market growth in the region after Apple announced it fell 43 percent from the previous quarter during its quarterly earnings call. Cook is also said to have met with major Chinese carriers during his visit to discuss the impending launch of the heavily rumored low-cost iPhone in the region, potentially named the iPhone 5C. Earlier this year, Cook visited China to also discuss cooperation with China Mobile.

China Mobile and Apple have been reported to be in talks over the iPhone for several years, although no deal as yet been struck. Cook was spotted at China Mobile's headquarters in June 2011, and he visited with executives at the carrier again earlier this year during a trip to China.

He looks thrilled to be in China ...

Side note, you won't believe the number of China Mobile users that use the iPhone here. Also, in case anyone doesn't know - you can only use GPRS on them. Millions of people willing to suffer 2G data to use an iPhone on China Mobile. There is plenty of demand here!

He for sure is not laying back.
N

It'll be interesting to see if China Mobile has an increase in subscribers if it makes a deal with Apple to get iPhones. It seems that China Mobile subscribers who want the iPhone are already using it anyway.

And I doubt Apple will change their hardware just to satisfy China Mobile. But stranger things have happened (iPad Mini, Verizon iPhone...).

Its very important that Apple can sell the iPhone in China. It is a BRICK country after all.

I'll be surprised if they don't come to some agreement... Apple needs growth in China to make wall street happy. Plus, it's a huge growth opportunity.
O

the most frauds and fake things are in china and still apple wants to expand in china.
I

China is big, I mean really big. Thats where the money is, and tim cook will follow.
J

Not one of them wearing a tie - love it!

so, how was the party last night?
B

otismotive77 said:
the most frauds and fake things are in china and still apple wants to expand in china.
Click to expand...

agreed, why are they really focused on china only.

They both look like they are gonna bust! Damn how much fish exotic fish did they eat??
P

Tom Cook looking like he is not an Apple boss. Not cool just tired and worry looking

I guess ties are out of fashion nowadays.

I think he is literally wearing Steve Jobs's pants in that picture.

Surprised no-one in the UK has noticed the similarity between Tim Cook, and British TV presenter, and one-time drag act; Google "Lily Savage"... 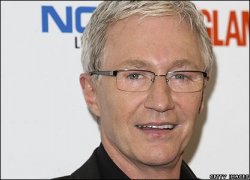 It is the "I make a billion dollars, but I am really a down to earth carefree guy who wants to cast of the trappings of convention...".

Good. I'm sure a lot of people (including me) who use China Mobile would love to have 3G service on the next iPhone (or any iPhone).

Looks like they are having a hard time to reach a deal!

The battle is about who will have the control over potentially a hundred million iphone customers; China Mobile doesn't want to give up control over its mobile users and they also want a lion's share over the sales of items from iTune and Appstore. But if Apple gives China Mobile a sweet deal, other carriers will demand the same thing. That would be a different headache for Tim.
H

otismotive77 said:
the most frauds and fake things are in china and still apple wants to expand in china.
Click to expand...

They all look like they just woke up and are a biiiiiit hung over. I always knew Tim was a badass. 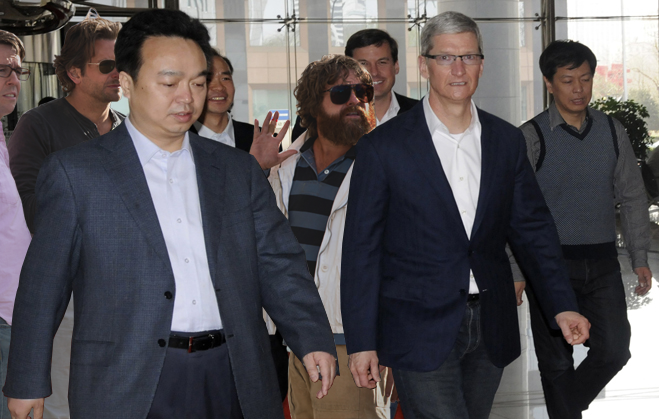