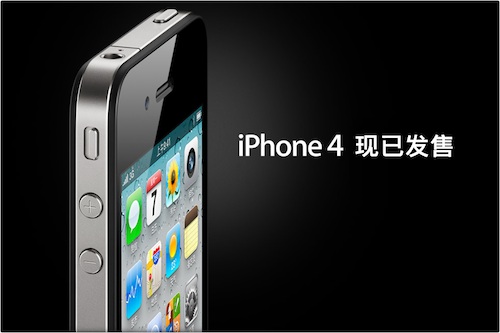 With much of the current excitement surrounding a recent report regarding the beginning of production for a CDMA-based iPhone 4 focused on Verizon in the United States, it pays to remember that there are a few other carriers around the world that could also take advantage of such a handset.

Reuters reports on an article from the South China Morning Post which points to a report from a Deutsche Bank analyst claiming that China Telecom, the country's third-largest carrier, is in talks to bring the iPhone to its CDMA network early next year.

"Although China Telecom management in a recent lunch meeting refused to confirm whether the company would also begin selling a CDMA iPhone in China next quarter, our own channel checks suggest that the company has been in intensive talks with chipset supplier Qualcomm (QCOM.O) and Apple to ensure that this (development) indeed happens," the paper quoted the note as saying.
Click to expand...

China Unicom, the country's second-largest carrier, is currently the exclusive iPhone provider in China and is currently struggling to meet demand for the just-released iPhone 4.

I think this is what the CDMA iPhone is for and less likely VZW...
Comment
R

spazzcat said:
I think this is what the CDMA iPhone is for and less likely VZW...
Click to expand...

I said this same thing several threads back about the subject. I'm inclined to believe the same. If Verizon got a CMDA iPhone, it would be incidental to a China CDMA phone. Depending on the success in the market and the device tolerance, then a consideration would be given to the US market. Probably more than a year away at least and by that time Verizon is going to have much larger LTE adoption. We will see but I certainly think that if any CDMA phone is being made, it's for China.
Comment

spazzcat said:
I think this is what the CDMA iPhone is for and less likely VZW...
Click to expand...

I think it's more likely it's for both, it would make no sense for Apple to develop a CDMA iPhone and not give it to Verizon. looking at this list from wikipedia Verizon appears to be the largest CDMA carrier in the world.
Comment
Z