Choosing an external display for macOS

I'm reading all over the place that the macOS UI is best suited for a PPI of either 110 (non-retina) or 220 (retina) and anything in between should be avoided because it will result in less than optimal sharpness and excessive strain on the CPU.

So considering all of this, I'm looking for dual 27" monitors. There are various configurations of PPI including:

27" 4k monitors = 163 PPI
There is an endless supply of these, but the PPI is not-optional

This would lead me to believe that I need to look for 1140p monitors. However, a number of other people are telling me that 27" 4k monitors are absolutely fine!

rtings.com recommend 1140p monitors over 4k and ignore all Dells: 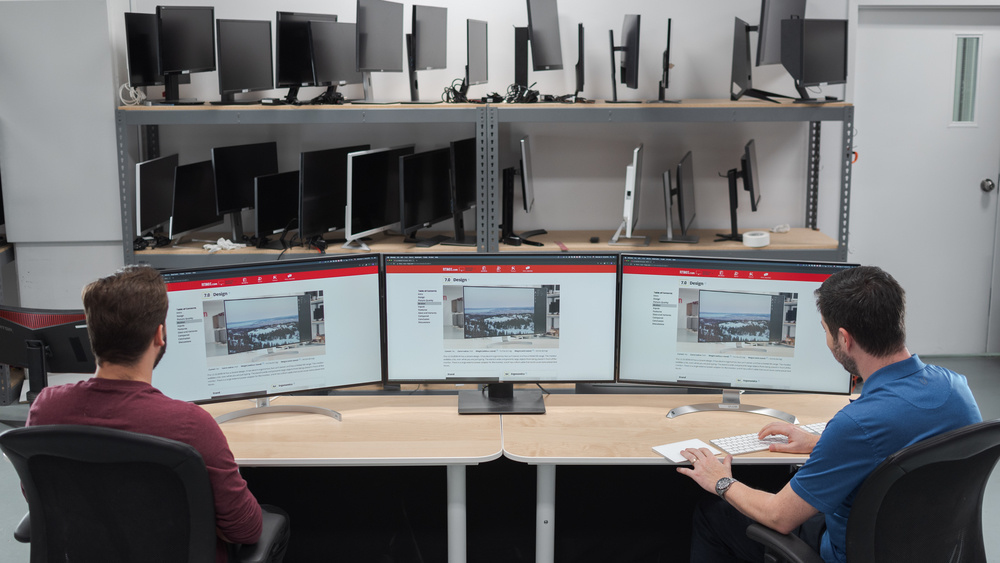 The best monitor for Mac Mini that we've tested is the Dell S2722QC. It's an excellent office monitor that doesn't have any connectivity issues with recent macOS devices.

So who do I believe! What are your experiences?
Last edited: Nov 23, 2020
Reactions: McGiord

The performance issue is entirely dependent on your Mac and how many displays you want to run.

Having said that personally I find 24” 4k’s to be a better compromise than a 27. ~21” 4K would be ideal, but 24” 4K beats that on account of being a product that exists for sale.
Reactions: McGiord
N

Stephen.R said:
The performance issue is entirely dependent on your Mac and how many displays you want to run.

I've got a MacMini M1 on order, and want dual screens. Already own 2 4k monitors (LG Ultrafine) but can't run two TB3 monitors from the M1.

Did you decide on which one to buy?

Did you decide on which one to buy? 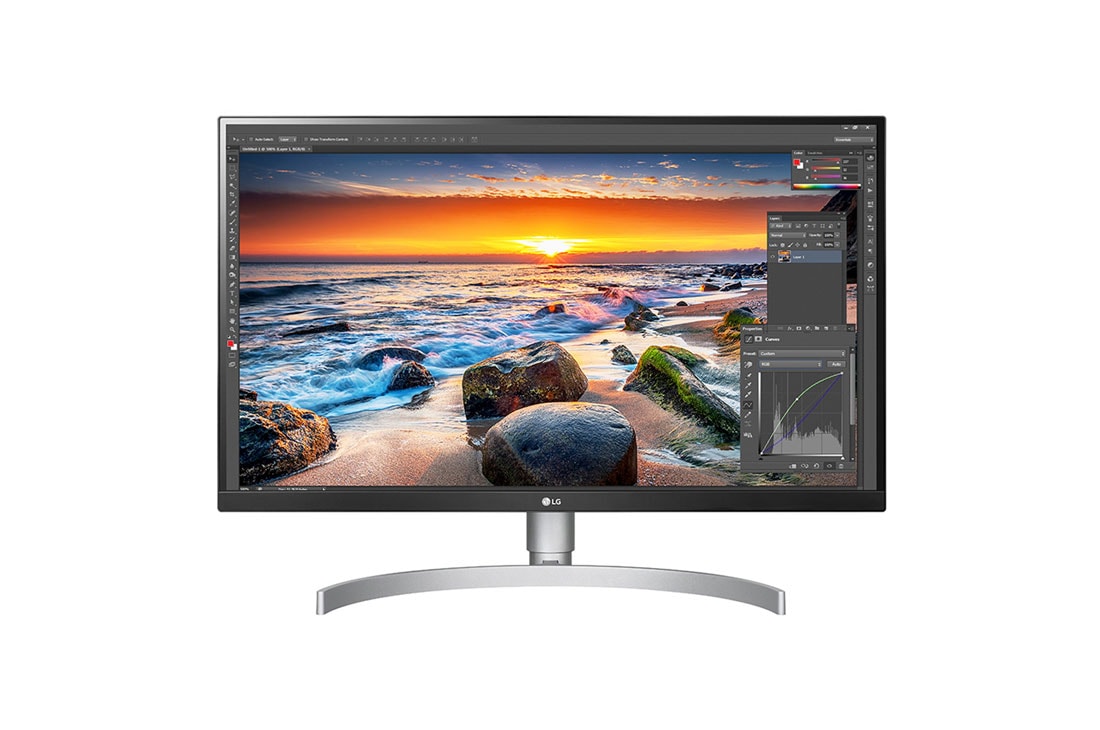 Get more information on the LG 27UL850. Click for pictures, reviews, and tech specs for the LG 27” UHD 4K Monitor

I agonised over PPI but now I don’t know what all the fuss is about. Despite what plenty of people say, 4K 27” monitors are perfectly sharp. They’re hooked up to an i7 MM until 18th Dec when the M1 arrives and the Intel is returned.
Reactions: McGiord

Thanks for the info. I finally bought only one of this, now looking for a wall mount to hold next to my iMac 27" 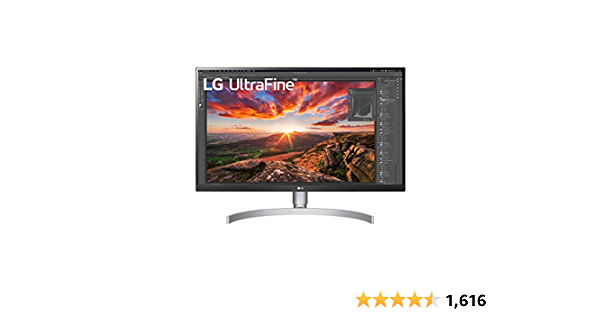 There’s the LG UltraFine 4K. This one is tricky, because there are many models with the same name apart for the one that was endorsed by Apple. I’m talking about the 21.5” model from 2016. 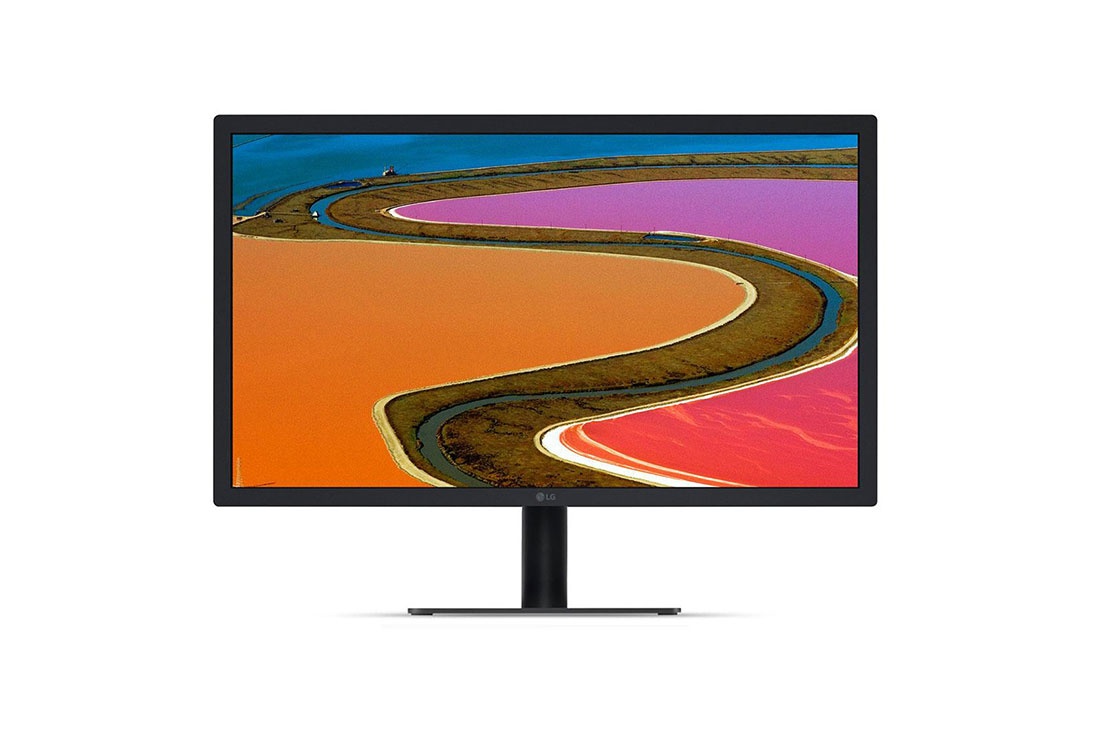 RedTheReader said:
There’s the LG UltraFine 4K. This one is tricky, because there are many models with the same name apart for the one that was endorsed by Apple. I’m talking about the 21.5” model from 2016.
Click to expand...

It's quite surprising to me that there's so little market for high-PPI computer displays, given how crazy phone PPI counts are getting. Sony released a phone with ~800 PPI 3 years ago. But we can't get any product variety on ~220 PPI at desktop sizes?

Dell even had a 5K 27" for a while, but that got canned. Even with the 24"s I have, it's plenty workable for non-pixel-perfect work (I'm not gonna tell a graphic designer what works for them, but for anyone dealing with text, they're superb); but they're also apparently end of life, because almost nowhere (here) has them. If I find somewhere that has any I'm likely to buy a third, because at this point I dont think I can assume any better alternative is going to be available any time soon from either Dell or from other manufacturers. I'd consider the current 24" 4K LG that Apple sells, but (a) it's USB-C/TB3 only: I can't run it from an eGPU. (b) it's literally twice the price of the Dells that I bought.
S

I'm just searching for a decent 27" monitor ... got as far as ordering the LG Ultrafine 5K display but cancelled it after reading some stuff which said it was probably being replaced !

I am struggling with all the monitors and their spec's ! I bought a Lenovo at £166 but it stutters when I watch Netflix though on normal PC stuff it is ok.

I use Lightroom and need a monitor that is super fine quality. The Lenovo will be going back but I can't decide what to get !!

After a lot of deliberation I went for 2 x 27” 4K LG 27UL850’s. Not 110ppi, or 220ppi as some people recommended, it’s actually bang in the middle - which should be be very sub-optimal. Well, my are fine and I wish I’d not spent so much time researching it all...
Reactions: McGiord

Your post help me to narrow it down. I learned yesterday about the letters and the years:
Some reported having issues with the USB ports and sleep mode with 2018 model.

Stephen.R said:
Yep, but AFAIK the 21.5" model is discontinued isn't it?
Click to expand...

Yes, it’s discontinued unfortunately. But because it was such a popular display amongst the Mac community, you can still find them 2nd hand easily. It’s really the pricing that’ll get you, because they weren’t exactly cheap monitors to begin with. My usual recommendation would just be the current 24” 4K model that Apple sells, but because it’s a normal UHD resolution instead of something custom, I understand that it may be hard to justify.

Stephen.R said:
It's quite surprising to me that there's so little market for high-PPI computer displays, given how crazy phone PPI counts are getting. Sony released a phone with ~800 PPI 3 years ago. But we can't get any product variety on ~220 PPI at desktop sizes?
Click to expand...

It’s odd indeed. From what I’ve been seeing since about 2014, it’s only Apple that seems to care about maintaining “retina” level pixel density on desktop displays. First it was with the 5K iMac, then the bespoke LG monitors mentioned above, and finally the Pro Display XDR. Meanwhile on the open monitor market there’s been… nothing. At this point I’m forced to either stick with my 5K UltraFine for a long, long time, or just accept that resolution on other monitors will be secondary at best.

SO8 said:
I'm just searching for a decent 27" monitor ... got as far as ordering the LG Ultrafine 5K display but cancelled it after reading some stuff which said it was probably being replaced !
Click to expand...

I haven’t hear any such thing myself, but I have heard strong rumors of iPads, MacBooks, and iMacs getting miniLED displays. That’s a huge shift in panel technology. Apple cared enough to get the LG 5K UltraFine pushed out after the 5K iMac for their MacBooks (though it did take a while), so I’d imagine a revamped monitor will probably be released with miniLED. As for whether Apple will partner up with another brand to do it or just take matters into their own hands, I’m really not sure.

In any case, yeah, I can imagine our LG monitors getting successors soon. Personally, I’m kind of attracted to the 5K2K (5120 x 2160) 40” ultrawide that’s slatted for spring 2021. It’s not going to be a pixel-peeping display though, since the pixel density’s going to be the same as a normal 4K 32” monitor.
You must log in or register to reply here.
Share:
Facebook Twitter Reddit Email Share Link
Register on MacRumors! This sidebar will go away, and you'll see fewer ads.
Sign Up
Top Bottom