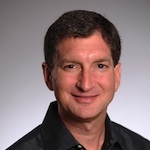 Late Friday, Reuters reported that Cisco has hired Mark Papermaster, former Senior Vice President of Devices Hardware Engineering at Apple. Papermaster left Apple in early August after less than a year and half on the job, with sources citing "cultural incompatibility" as the main reason behind his short tenure with the company.Cisco said on Friday Papermaster has joined the networking giant as vice president of its silicon switching technology group.

Papermaster, who was in charge of iPhone engineering at Apple, left the company last summer. Apple has declined to provide a reason for his departure.Considering his role as the head of iPhone engineering, Papermaster was curiously absent from Apple's promotional materials for the iPhone 4 and the press conference held to discuss antenna issues with the device, although his departure was said not to be directly related to the antenna problems.

Even Papermaster's arrival at Apple carried controversy, with his former employer IBM filing suit in October 2008 to block his move to Apple over concerns that he had violated his IBM employment agreement by leaving to work for a direct competitor. The lawsuit was settled in January 2009, but Papermaster did not officially begin work at Apple until April of that year.

Based on this forum...

Obviously no one cares.

Switches from working on cool iOS devices to routers? Crazy.

Routers isn't all that they do

Switches from cool phones to cool conference phones.
A

Cool!! What's he been hired as? A backing singer?

Sorry, I was thinking of Sisqó.

Consequently I'm not that bothered any more.

WiiDSmoker said:
Routers isn't all that they do
Click to expand...

Ah, someone is reading this thread I guess they own Flip video which could be cool. And maybe he is heading up something not yet announced...

First there was Antennagate.....

Well, that was a short stint at Apple.

On an aside, I've always enjoyed his surname.
P

Plymouthbreezer said:
Well, that was a short stint at Apple.

On an aside, I've always enjoyed his surname.
Click to expand...

With a surname like that, you would have thought Xerox would have snapped him up

As long as he isnt responsible for anything with an antennae cisco should fear not...Oh wait isnt Cisco an communications company?? We all know he was sacked because he was responsible for that ****in stupid antennae design on iPhone 4 and we all know what a FAIL that was.

Maybe he is there as a glorified tea boy under the cover of the new appointment. MWHAHAHAHAHAHAHAHA!!!!!!
C

philstubbington said:
With a surname like that, you would have thought Xerox would have snapped him up

LOL! Nice one! Yeah he could be the papershred boy.
M

He was let go (fired) for not "assimilating into Apple's corporate culture." Lol, what a joke. So much for Think Different!

Does anybody not see what Apple's turning into? That big grey talking guy on the screen in Ridley Scott's video. Wasn't the original "reality distortion field" shattered by a sledgehammer?
R

philstubbington said:
with a surname like that, you would have thought xerox would have snapped him up