I know Civ V via steamplay is playable on osx. Does it work in full native resolution (ie. widescreen 16:10 or 16:9)? I have seen some youtube lets plays where it is only in letterbox.

As your civ gets bigger the game bogs down, regardless of hardware.
Comment
S

miles01110 said:
As your civ gets bigger the game bogs down, regardless of hardware.
Click to expand...

Yes, I realize that.

My question was twofold, 1. Does the Mac version of Civ V properly work with the resolutions (widescreen) and 2. How is the performance of the new 4000 integrated graphics with this game.
Comment

It probably won't be quite as fast as your Alienware by virtue of playing the game in OS X. Expect a 10-15% performance hit.

I manage the game on my 320M which is considerably slower than the HD4000, though everything is on low and I largely switch to the game board mode by the end when it gets really slow.
Comment

Mine does ok on medium-high settings on my 2010 27in iMac.
Comment
S

Civ 5 from Steam runs very well on my 2011 iMac at 2560x1440 except large and huge maps. Those maps start crashing mid game and only get worse in the late game. This is on the Mac port, no crashing in Win 7.

I have a 2010 iMac and play Civ V via steam and it runs just fine for me. Late game play is good, it gets very slightly bogged down when the map is full of units, but it's not annoying really.

I have mine set to 2560 X 1440 full screen. The detail qualitys are all either medium or low, which is all default settings because I've never messed with them. 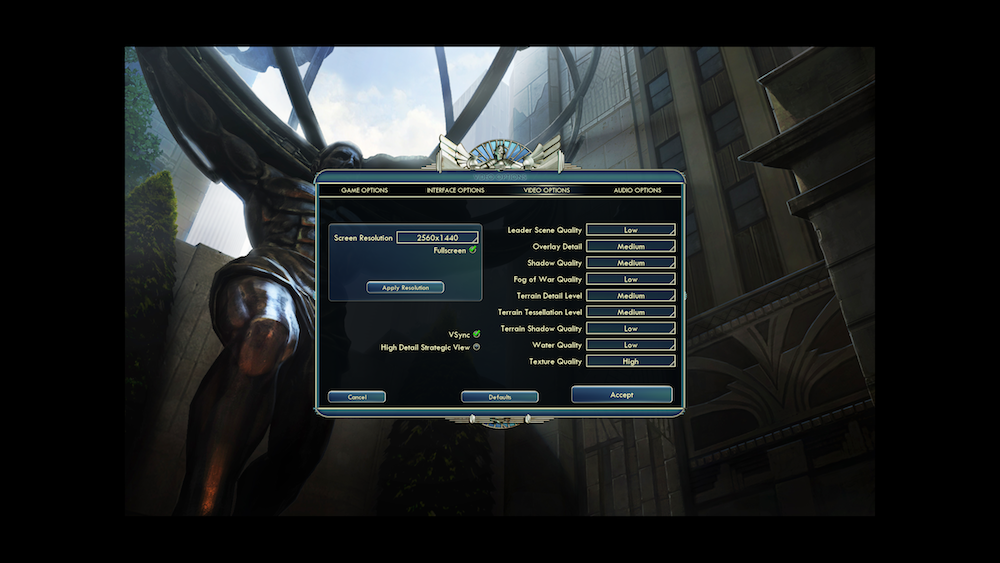 Is Civ V from Steam different from the one on the App Store?
Comment

amoda said:
Is Civ V from Steam different from the one on the App Store?
Click to expand...

I imagine it would be the same.
Comment
S

Also, would the new hd4000 integrated graphics run it well?
Click to expand...

Well, I have a mid 12 MBP 13'' 8GB running CIV V natively on Mountain Lion at native resolution. I read on the web that the HD 4000 would be a bit better than the one I had in my late desktop - don't remember the exact model now, I guess it was a NVidia 9600 . I don't know if it's because it's running on MAC OS X but the performance is indeed weaker than I expected... Settings won't get past medium - and with quite a bit of lag in the late game if you zoom out too much :\ Plus, the leader scenes are horrible... It looks like this HD 4000 doesn't have enough speed to build the leaders... they apper with spikes and black points...

On the bright side, the game runs quite smooth at low settings - even on the late game, so long as you don't zoom out too much. I'm currrently playing on a small map, modern era, with all tiles uncovered and I'm pretty much satisfied with the game's response times. Plus, it perfectly integrates with Mac OS - even in full screen I can check other programs - mail, safari, etc - then come back with only 0.5 sec delay. And if you don't like the leaders scenes, you can just cut them out to gain a little more performance.

All in all it's a very expensive low end gaming experience. Buy it only if you intent to do other stuff with it - like go to college for example. If you intent to play regularly on your Mac though, I'd suggest you study the possibility of buying a 15'' MBP - even 2010 versions should have better performance than the HD 4000.

Hope to have helped

P.S. I haven't tested playing via Bootcamp on Windows 7, but from what I read it should help to improve the game's performance.
Comment

amoda said:
Is Civ V from Steam different from the one on the App Store?
Click to expand...

It's the same to a point. You can't play anyone online. Steam is the better option if you have friends you plan to play with or for the achievements. Plus it is easier to check out addons.