For years, I've used the old "Classic Menu" app that puts a user-configurable "Apple Menu" "on top of" the existing Apple Menu in the menu bar.

You can then add whatever you wish to it, just like one did with the "Apple Menu Items" folder in the old, "classic" OS.

Classic Menu works up to and including Mojave, but "not beyond".

It at least won’t be possible with the default system integrity protection and security settings. Can most likely be achieved by turning some of that off but if you can live with the different placement the less classic menu residing in the status bar area would probably be a better/more convenient solution.

I didn't suggest Xmenu or Access Menu simply because it's not in the Apple menu.

But I think the nearest option is likr you suggest; Xmenu, Access Menu or that other one from Fiblab.

There's of course MenuWhere too - made by ManyTricks, but that's something else. I can't imagine a tool or application that has enough priviliges to hook onto the Apple menu like that Classic Menu application mentioned in the initial comment here in this thread. There's more options for small independent "Docks" that there are for menubar hooker apps - so to speak.

I could scour GitHub and my known sources for something now that I'm engaged in this. Adding user apps and such could get tricky.

I've read about the application "Classic Menu" I think, without knowing, that @bhtwo knows a great deal about such apps.

Access Menu directories available, yet no user added apps or folders. And not in the Apple menu - sadly. Which would be great. 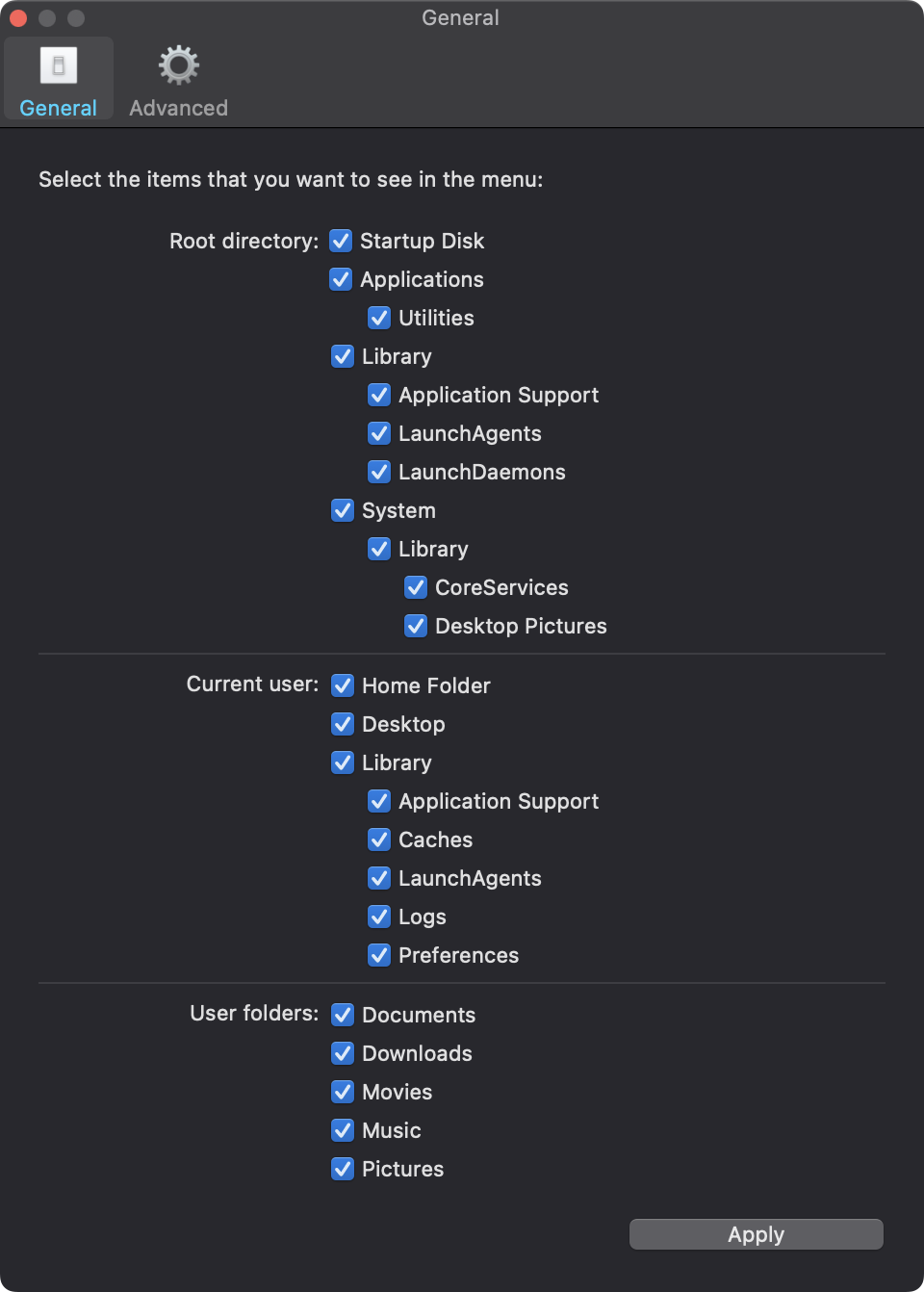 Highjacking this thread to ask if anyone knows of a good replacement for the old ASM (Application Switcher Menu) developed by Frank Vercruesse? It would put up a menu in the right side of the menu bar, where notification is now, that listed all running applications. Then when you selected the application it would show you all the open windows for that app. Made it so much easier to navigate the clutter on my display.
You must log in or register to reply here.
Share:
Facebook Twitter Reddit Email Share Link
Register on MacRumors! This sidebar will go away, and you'll see fewer ads.
Sign Up
Top Bottom