The third title in the Total War series, Rome was hailed by MacRumors sister site TouchArcade as "not only one of the best strategy games ever, but one of the best PC games, period".

In what's considered the highlight of the series, players get to take control of one of three Roman houses vying for control of the Republic/Empire. The turn-based strategy gameplay is punctuated by real-time battles in 3D, where players command and control huge swathes of units in the field. 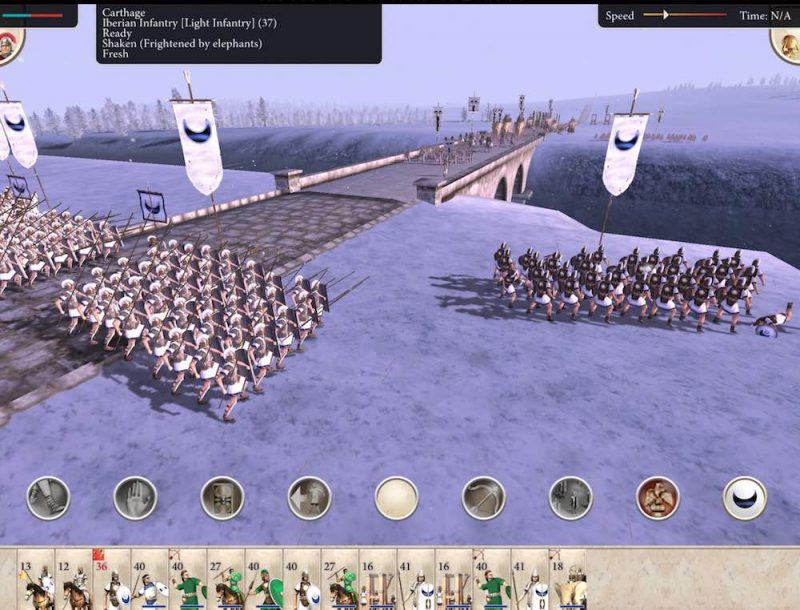 As one of the first desktop strategy titles to make the port to iPad, Feral says much time has been invested in heavily optimizing the game for the device, including reworked textures and a range of features designed with mobile gaming in mind.

"Optimizing Rome: Total War for iPad has been a huge design and programming challenge," said David Stephen, Managing Director at Feral Interactive. "Our aim has been to bring it to a new and very different platform without compromising its enormous content, superb gameplay or strategic depth. Working closely with Creative Assembly, I believe we have done that and am confident that Total War veterans and novices alike will enjoy the result."
Click to expand...

Gamers need a first-generation iPad Air or newer, an iPad mini 2 or newer, or any iPad Pro to play the game, which requires just under 4GB of free space to install and iOS 9.3.5 or later.

Rome: Total War for iPad is available on the App Store for $9.99. [Direct Link]

Woohoo! So many hours sank into this game on PC!
Reactions: Borin

This is fantastic!! Any word on MFI controller support?
V

Yes yes yes! Been waiting for this for ages!

On a separate note, why would you need an MFI controller for this anyway?
Reactions: Borin

saxon48 said:
This is fantastic!! Any word on MFI controller support?
Click to expand...

Feral: "Total War for iPad does not support MFI controllers, or indeed any other peripherals, as the game was designed for touch controls."

They posted a video example of gameplay:

I would love to see and play Starcraft for iPad
Reactions: aajeevlin
S

Gets stuck at the Feral loading screen when running on an iPad Air 2.

Sn1p3d said:
Gets stuck at the Feral loading screen when running on an iPad Air 2.
Click to expand...

Not heard of that reported and we used a number of iPad Air 2 models during development.

I'd restart your iPad sometimes high memory apps can cause iOS to hang apps. If you still have issues contact our support. http://support.feralinteractive.com