Where I live gets very dusty for about half the year, just can’t be avoided. I hardly need explain to you knowledgeable folk how dust, and hence heat, is a mortal enemy of electronics.

All the more important as my Mini is a prized and increasingly rare 2012 quad i7.

Therefore, custom dust filter base to encourage a very long life span for my Mini. (Filter has actually been in operation for best part of a year now, just haven't got around to sorting some pics of it. Sorry. )

The silicone was all custom formed. It is probably not ideal for the feet but it does the job okay, and I just had some left over that had to be used up.

The filter material was trimmed around the edges after the pics were taken. Mostly for looks, but necessary on the back to give the air exit vent plenty of clearance

The little wood button in the middle is a spacer that forms a kind of tent to keep the filter from sitting flush on the base plate and thus vastly increasing the surface area of filter. This slows the airflow through the filter right down, which allows a thicker filter to be used, and (separately) increases the efficiency of the filter (i.e. traps more dust).

Bought a second-hand base plate to wreck for the experiment. Obviously wasn't paying enough attention when I cut the new vent holes in the base plate, and overlapped them with the solid black circular part of the WiFi antenna. Oops. Still plenty of room to breath though, much more than in the original design.

Used a modified base plate, instead of just removing it entirely, to keep the original airflow path once the air was inside the machine. Also, the small intake around the edge of the base plate in the original design would have been largely blocked by the custom base. Was just a whole lot easier to cut some new intake holes.

Clean the filters, and under the custom base, every 3 months or so.

A little crude, but it is the prototype, and works like a charm.

Only issue with it is that the Mini can slide around fairly easily on the filter material, but only a very minor issue, especially if you don't have kids or pets. Easily solved by adding some restraints around the edges of the custom base, or fixing/strapping the Mini to the custom base somehow, if required.

A 3rd party product idea there for some enterprising tech company. Go for it. 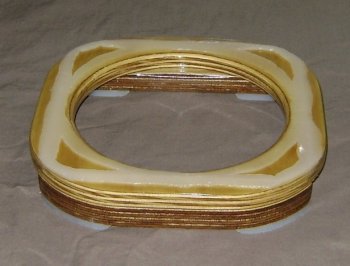 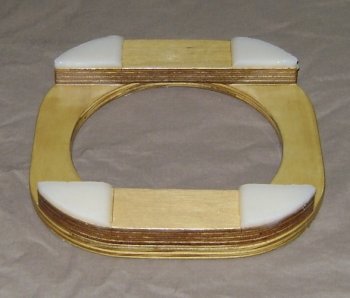 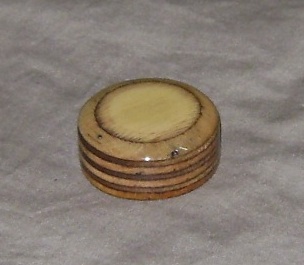 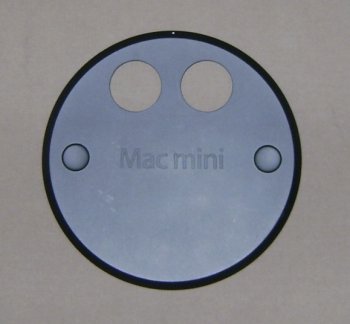 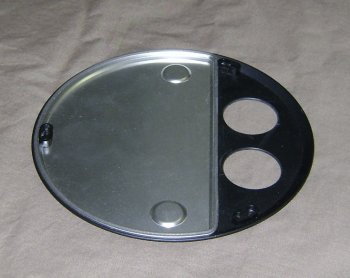 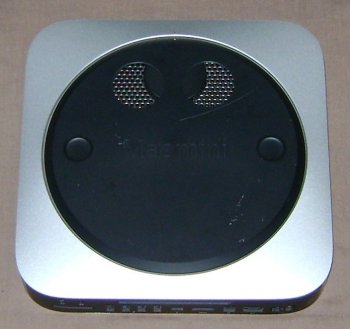 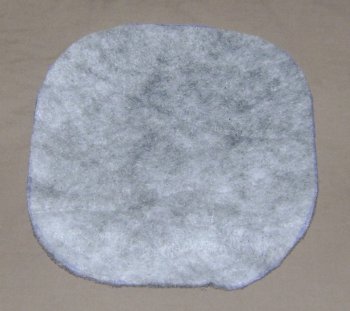 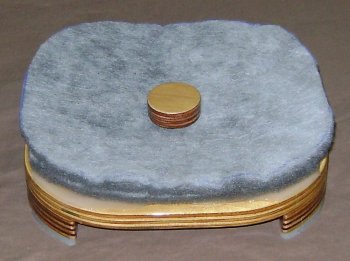 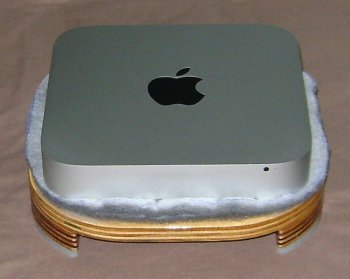 Very nice work. It's not my cup of tea but it looks very effective.
Reactions: Miat
Comment

how "air permeable" is that filter material....I'd be worried about the air resistance the two layers of filter creates making the small fan in the Mini work that much harder to achieve its normal cooling profile.
Comment
N

Seems it would be simpler to open the bottom cover and use a Vacuum every few months.
Comment
M

fhall1 said:
how "air permeable" is that filter material
Click to expand...

Very. It is dust filter for air-cons, and the way I have done it gives a very large surface area for the filter, in comparison to air flow.


nebo1ss said:
Seems it would be simpler to open the bottom cover and use a Vacuum every few months.
Click to expand...

Nah. Far better to prevent the dust getting inside the machine in the first place.

Where I live is not only very dusty for a lot of the year, but also gets very hot and humid, and keeping the thermal management always at optimal levels is more important than it might be in a lot of places.