Live radio station service "Dash Radio" recently announced the launch of a new filtering solution for toggling between clean and explicit lyrics in real time, a feature that's "the first of its kind" (via The Verge). DJ Skee, the founder and CEO of Dash Radio, said that "it's a complaint we've gotten since day one," from parents who might want to listen to certain songs without the potentially explicit language common from some artists.

To achieve this, Dash Radio has built an entirely new system on its backend "to manage the multiple streams and libraries it takes to make a feature like this work." To activate the toggle, all users need to do is long press on a Dash Radio station icon to switch between clean and explicit tracks. Dash Radio, at its core, is still a Pandora-like service, so on-demand music listening isn't an option, although it doesn't have any advertisements or commercials. 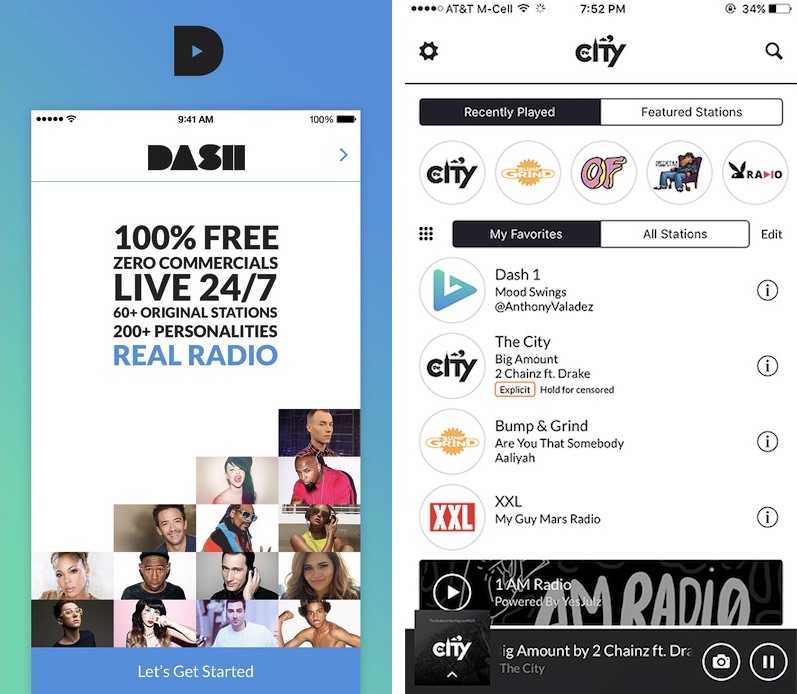 After using the filter for the past week, I can tell you it's pretty seamless. Simply long press on a Dash Radio station icon and it will instantly switch between clean and explicit versions.

"It's been a complaint we've gotten since day one," DJ Skee, the founder and CEO of Dash Radio told The Verge. "It's like how do we make stations cool but also work in all different environments, and we think we have it. For the first time ever, we've found that solution. It's something that nobody's done and it's something that in real-time people can control the filter. If your kids are in the car or your grandma, you can change it instantly and when you're by yourself you can listen to it as unfiltered as you want."
Click to expand...

The service has over 80 radio stations hosted by partners including Snoop Dogg, Tyler the Creator, Isaac Hayes, and more, and the company is introducing the real-time filter into "numerous" live and pre-recorded radio shows as well. Dash Radio has filed a patent for its new explicit language live filter, and the company plans to introduce a set of parental controls in the future that lets parents create profiles for kids which specifically filter or outright block certain radio stations.

On Apple Music's Beats 1 radio station, the company has decided to keep the music played there entirely clean, most likely for the express purpose of making it easier for users to listen around impressionable family members. Elsewhere on the service, parental controls allow parents to block any song tagged "explicit" from being played, but that's the extent of Apple Music's language filtering features.

Any user on Dash Radio's iOS [Direct Link], Android, web, and car-based app will be able to try out the new feature. The first area of the service supporting it will be the hip hop station "The City," and the company said that it plans for the new filtering tool to be available on every station by spring of 2017.

That's a nice and useful feature to be sure. Good on them for coming up with it. I wonder how long it will take before Apple or some other large companies start looking at acquiring them.
Reactions: tonyr6 and Koodauw

This is great to hear. I hope everyone starts doing stuff like this.
Reactions: tonyr6, Koodauw and RevTEG
G

I guess there's now a market for misheard lyric karaoke recordings! It's either that or "beeeep beep beeeeeeeeeeep beepity beeeeep"...

Great I hope Apple buys this company. Sorry but I hate free speech just because you can attitude. I don't listen to explicit tracks and have them blocked in Apple Music which actually works unlike competitive streaming services. It is still annoying however if I am streaming a live station somewhere else and some explicit crap comes on.
[doublepost=1475014725][/doublepost]

For playlist and album version you can avoid this. Kind of hard with live streams though. I listed to so call streaming stations once and never again that would play music I like then switch to something completely wrong that is explicit.