Developers Behind F.lux Call on Apple to Allow F.lux App for iOS Devices

With iOS 9.3, Apple introduced Night Shift, a feature that is designed to cut down on nighttime blue light exposure from iOS devices to encourage better sleep. Its similarity to the popular f.lux app for Mac did not go unnoticed, especially since Apple put a stop to an f.lux for iOS app just two months before Night Shift debuted.

The developers behind f.lux have now published an official response to Apple's Night Shift feature, calling Apple's move to address nighttime exposure to blue light a "big commitment and an important first step." They ask Apple to take its support a step further by implementing the tools that would allow for an App Store version of the f.lux app. 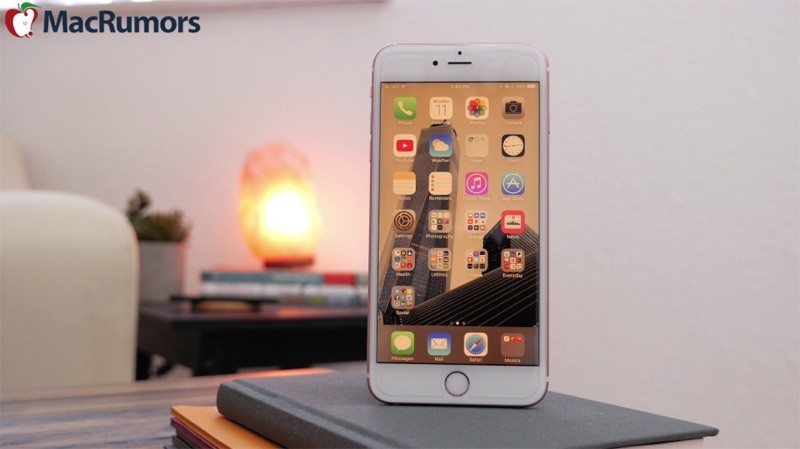 We're proud that we are the original innovators and leaders in this area. In our continued work over the last seven years, we have learned how complicated people actually are. The next phase of f.lux is something we cannot wait to ship to the world. [...]

Today we call on Apple to allow us to release f.lux on iOS, to open up access to the features announced this week, and to support our goal of furthering research in sleep and chronobiology.
Click to expand...

F.lux for the Mac has been available for years and is popular in the Mac community with users who want to avoid blue light at night. Research has suggested that bright light exposure (especially the blue wavelength) at night can interrupt the circadian rhythm, causing sleep problems and other harmful effects on the immune system. While there's been a Mac solution to blue light for some time, no such tool has been available on a non-jailbroken iOS device. 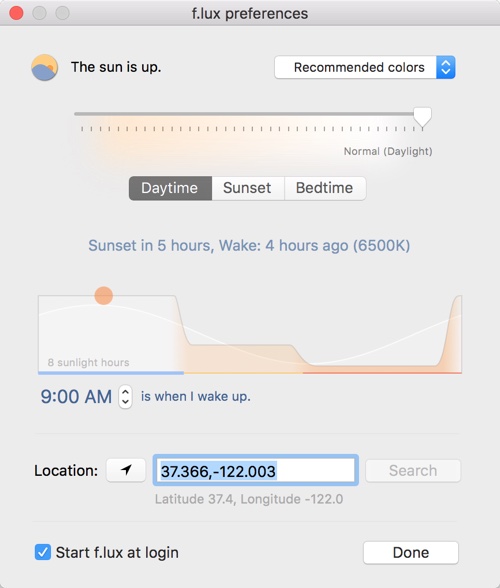 F.lux for Mac​
In November, the developers behind f.lux attempted to bring an official iOS version of f.lux to the iPhone and the iPad using an app side-loaded onto iOS devices via Xcode, but Apple quickly put a stop to it and told f.lux that asking customers to side-load apps onto their iOS devices violates the Developer Program Agreement.

F.lux's developers are not able to create an official App Store version of f.lux for iOS devices without Apple's help because the APIs to control display temperature are not provided by Apple. The version of f.lux that was briefly available used private APIs that would prevent it from being approved for release in the App Store.

Night Shift mode is currently available to developers and public beta testers who are running iOS 9.3. The feature will see a public release this spring when iOS 9 launches.

Sorry, Apple took your ish and won't give it back
Reactions: JackANSI, DirtySocks85, Altis and 18 others

Apple looks like a bunch of dicks not allowing this in the app store.
Reactions: Benjamin Frost, Photography, attila and 75 others

Lol! Apple has been taking jailbreak tweaks and incorporating them in iOS for years. This is nothing new.
Reactions: attila, mashdots, kerrikins and 21 others

I rather this feature be directly integrated within the OS over a separate, third party app, anyway.
Last edited: Jan 14, 2016
Reactions: Photography, mashdots, tongxinshe and 59 others
H

Unless you want to fine-tune everything sure the built-in night shift will work fine. Wonder if Apple will add night shift to OS X in the future.
Reactions: mashdots, thermodynamic, trainwrecka and 3 others
P

It's a system-wide thing, and because of that, Apple wants control of it. I don't see what's wrong with that?
Reactions: Photography, mashdots, tongxinshe and 38 others
L

Sure, but only to the relatively small customer base who knows what f.lux is. To the general populace, they will be heralded for creating this feature.
Reactions: JackANSI, jamescobalt, skinned66 and 11 others
G

does f.lux have a technical requirement of 64bit processor? If not then why does apple have it?

I have an old, original iPad mini that I use just for Netflix and twitch stuff to fall asleep - f.lux or night shift would be great on this old device.
Reactions: attila, blackboxxx, bcc2k and 3 others

nfl46 said:
Lol! Apple has been taking jailbreak tweaks and incorporating them in iOS for years. This is nothing new.
Click to expand...

That's what they get for doing something Apple didn't permit in the first place.
Reactions: bwillwall, Menneisyys2, Preclaro_tipo and 1 other person

nfl46 said:
Lol! Apple has been taking jailbreak tweaks and incorporating them in iOS for years. This is nothing new.
Click to expand...

Apple has taken 3rd party software and incorporated it in all its OS'es for decades. Hence the term "sherlocked" after they incorporated nearly all of the Sherlock features into OSX. They even did it with my software Auganizer by copying it into Logic Pro, and it was my lively hood at the time.
Reactions: JackANSI, jamescobalt, rwright and 10 others

It's not a bad thing this isn't an open API. It prevents multiple third-party apps from controlling system-wide changes. Plus, I used their side-loaded app. It was unreliable and had to be running in the background constantly.
Reactions: dBeats, WWPD, nibfiledotcom and 10 others
R

I like it better when integrated into the OS, but Apple should have paid f.lux some money or bought out their company.

This is getting close to the situation where the big car companies implemented the windshield wiper design that a small time inventor created without compensating him.
Reactions: Benjamin Frost, JackANSI, ruimpinho and 26 others
M

Kind of shocked Apple didn't steal this feature a lot sooner. Props to the creators for being relatively mature about the matter, and just seeking a request that Apple allow them to have a real app on iOS, since their app is more masterfully crafted than Apples recent implementation.
Reactions: attila, JackANSI, jamescobalt and 9 others
C

In what world would Apple do that? That's like if apple banned flashlight apps and fighting to have yours in the app store, even though its a built in feature already...
Reactions: attila and TrowaNY
M

Apple needs to just buy them out and call it a day, they have the money.
Reactions: Benjamin Frost, flux73, skinned66 and 8 others
W

MrGuder said:
Apple needs to just buy them out and call it a day, they have the money.
Click to expand...

I'm sure Apple's copyright lawyers are the ones who approved the removal of f.lux and implementing their own copy of it. I expect Apple to not respond and just ignore them.
Reactions: DirtySocks85, Marcode, Menneisyys2 and 1 other person
M

MrGuder said:
Apple needs to just buy them out and call it a day, they have the money.
Click to expand...

That warchest money is for questionable brand asset acquisitions like Beats, instead of being used with a modicum of integrity to pay original creators for intellectual property, that's later to be implemented as a 'revolutionary innovative feature'.
Reactions: Benjamin Frost, typeadam, jamescobalt and 19 others

So what do you want... For Apple to allow ALL apps to have this kind of system-wide access on your phone or would you prefer to come back here and defend Apple for allowing for one developer and no others?

Neither option sounds appealing to me.
Reactions: graywolf323, Jamalien, flszen and 13 others

Small White Car said:
So what do you want... For Apple to allow ALL apps to have this kind of system-wide access on your phone or would you prefer to come back here and defend Apple for allowing for one developer and no others?

Neither option sounds appealing to me.
Click to expand...

All apps can listen in on your microphone, or track your location or scan your contacts or peek through the camera. But turning your screen a bit yellow? No, we can't think of any way to stop that being a massive security breach.
Reactions: Benjamin Frost, JackANSI, S G and 14 others
I

Why doesn't Apple buy these guys out and bring them on board?
Reactions: Benjamin Frost, jamescobalt, ruimpinho and 9 others

This is what IP laws were intended to discourage. They don't work, clearly. I hope f.lux embeds a link in their about screen to sites describing all of these shenanigans.
Reactions: Benjamin Frost and attila
D

Agreed. Now Apple has come up with the perfect solution, nobody needs F.lux on their iOS devices to clone a core OS feature.
F

leftynaut said:
Sure, but only to the relatively small customer base who knows what f.lux is. To the general populace, they will be heralded for creating this feature.
Click to expand...

Sadly, this will be true. "Night Shift" will be an amazing innovation by Apple according to the layman. Too bad there are many of us who have been pushing for this to be implemented for years, but they wouldn't allow access to the APIs required. I'm glad it's getting added in some shape or form, but the F.lux developers have been perfecting their version for many years and I would like for Apple to get some input from them to avoid another Maps fiasco. Sometimes it's better to let those with knowledge and experience handle things.
[doublepost=1452813749][/doublepost]

dumastudetto said:
Agreed. Now Apple has come up with the perfect solution, nobody needs F.lux on their iOS devices to clone a core OS feature.
Click to expand...

This makes zero sense. Nobody was trying to clone a core OS feature. It didn't exist at all until F.lux came about. Apple is now cloning a non-OS feature and not the other way around.
Reactions: Benjamin Frost, typeadam, jamescobalt and 11 others
A

I tried using f.lux on my Macbook Air, but when it wasn't connected to the Thunderbolt Display the screen would turn extremely blue. Turns out you have to choose between automatic brightness and f.lux, so I removed f.lux (getting the screen back to the right color required a restart). I use f.lux quite happily on my PC, though I've never figured out how the Hue integration is supposed to work.