I have been noticing some strange behavior on my MacBook Pro recently. It started about three weeks ago, I would intermittently get a diagonal line going from the top left to bottom right of the screen. The line would flash for a second and then disappear, seemingly unrelated to any action I was taking. This occurred for a few days then stopped, so I hadn't thought about it much since then.

Starting today, the line has reappeared, especially when I am working in Photoshop. I was also able to take a screenshot of the issue which I have attached below. What seems odd to me is that 1) the line was actually rendered on the screen, otherwise the screenshot wouldn't have captured it (I think?) and 2) it seems to only occupy the active canvas in Photoshop. 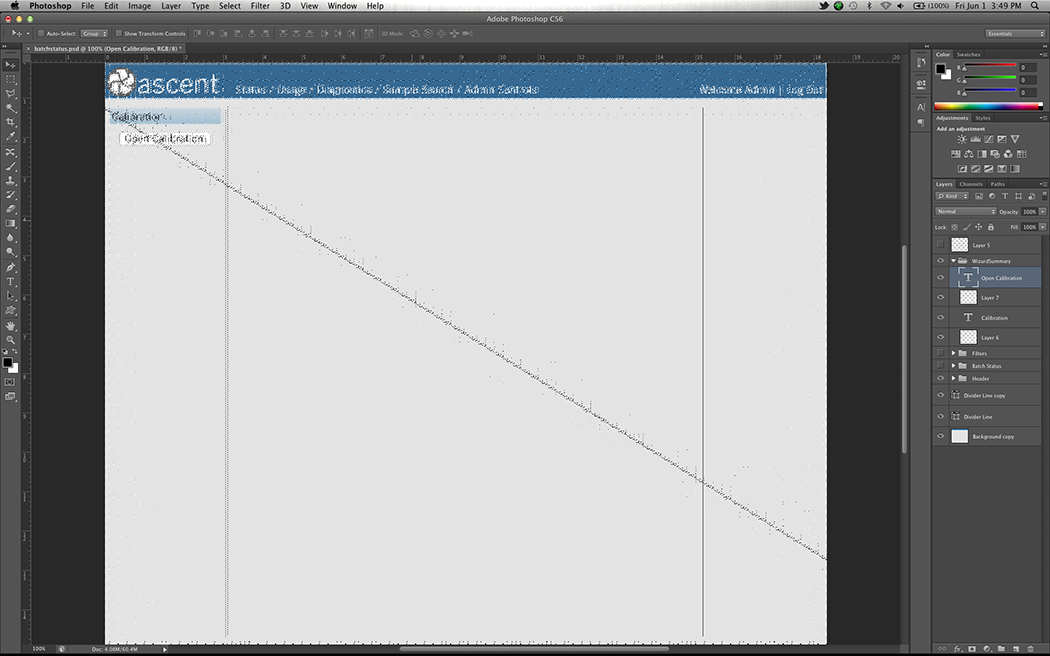 When this issue occurred previously, it was not relegated explicitly to Photoshop, but today that is the only program in which I have noticed it.

Does anyone have any ideas as to what might be causing this issue? I would greatly appreciate the help.
J

prob has something to do with the video card

Never saw lines identical to your screenshot, but my 2010 MB pro had banding on the right side of the screen and it got worse over time....Ended up needing a logic board.
D

Did you ever resolve the issue of the lines?

I just started getting them, they don't appear on everything, but finder windows, on start up, in Photoshop, full screen on Netflix.

Went to see an Apple Genius today, he figured out it wasn't a hardware issue and could only suggest a full wipe and fresh reinstall of the whole system.