Apple's Power Mac G5 has a distinctive aluminum design that was disruptive when it launched in 2003. Inspired by this milestone in design, designer Klaus Geiger has "upcycled" this aging Apple hardware into furniture because the machines are "simply too good to be disposed of." (via DesignBoom) 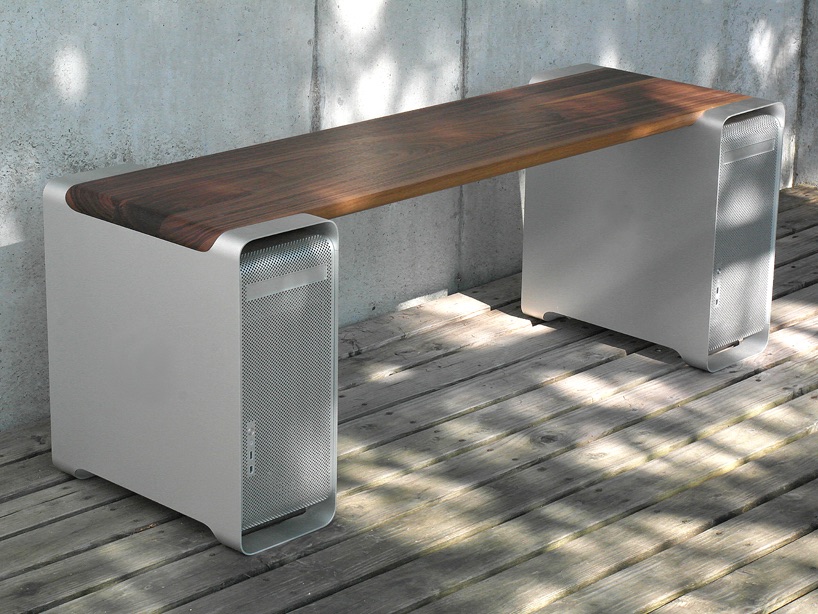 As part of a project aptly titled "Benchmarc", Geiger has carefully created a sitting bench using a carved wooden plank that forms a bridge between two Power Mac G5 units. The machining on the wood is aligns the curve perfectly with the shape of the Power Mac chassis. 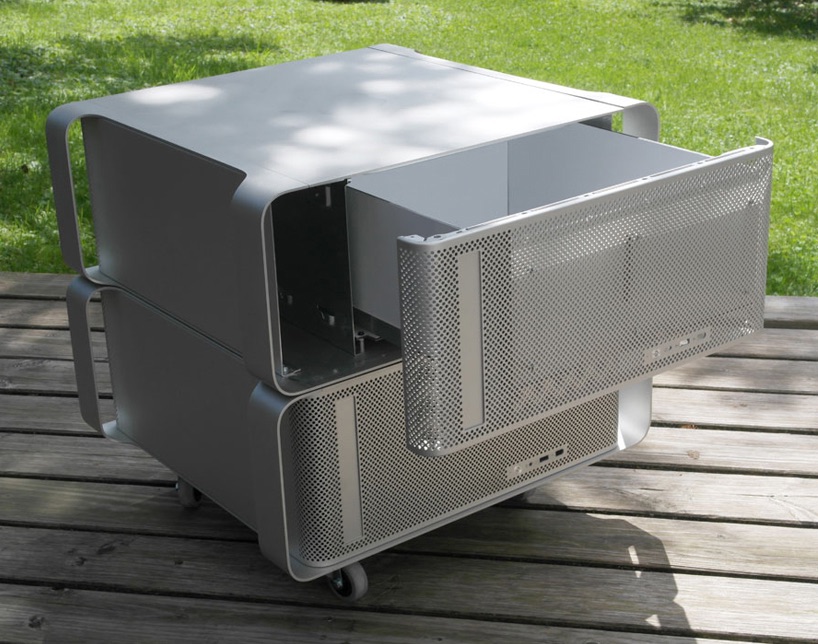 Though interesting as a one-off furniture design project, this isn't the first time Apple hardware has been recycled. Both the iMac and the Mac Pro have been converted into fish aquariums, while a Power Mac G3 became an unusual roadside mailbox.

What a novel idea!
W

I want that file cabinet
S

10 years from now - Discarded Mac Pro as trash can.

If nothing else, they've gotta be sturdy as all hell.

For people so rich they can keep their paper files in a computer too.

It would be cool if someone took one of these cases and made an actual cheese grater out of it. Probably done already... anyone with a link?
M

Pretty cool. I still use mine as a Mac though.

Ours are still serving thousands of pages a day. Not even close to being obsolete yet or ready to be put in the trash can or become a trash can.
L

chrmjenkins said:
For people so rich they can keep their paper files in a computer too.
Click to expand...

They're in the computer?

That's really cool - I'd love to have a desk like that. Maybe I'll get a couple of MacPro cases on eBay and make one.

Ok, I love this
So anyone who have his contact info, I really need him to re-furniture my apartment!!

leftynaut said:
They're in the computer?
Click to expand...

Stop monkeying around.
A

leftynaut said:
They're in the computer?
Click to expand...

But why Male Models?
B

That probably makes a really uncomfortable chair though.

Saying that, I've taken a nap on concrete before.

chrmjenkins said:
For people so rich they can keep their paper files in a computer too.
Click to expand...

This is kinda cool, but I think the PowerMac G5 case is better suited as a housing for a new, unnecessarily powerful computer (as many have used it for on YouTube). And you can add ridiculous LEDs that shine through the metal grating. 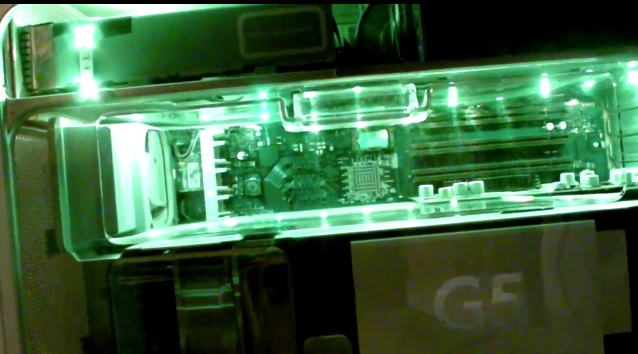 It's cool, sure, but my G5 is still a perfectly serviceable computer. Though I'll admit to having entertained the idea of finding a broken G3 iMac and making a fishtank out of it.

Here is the new Mac Pro in 10 years. As you can see, there is little modification necessary to upcycle. Though it won't hold much garbage, you can use it to finally pitch that ancient iPhone 6 Plus that has been gathering dust for years! 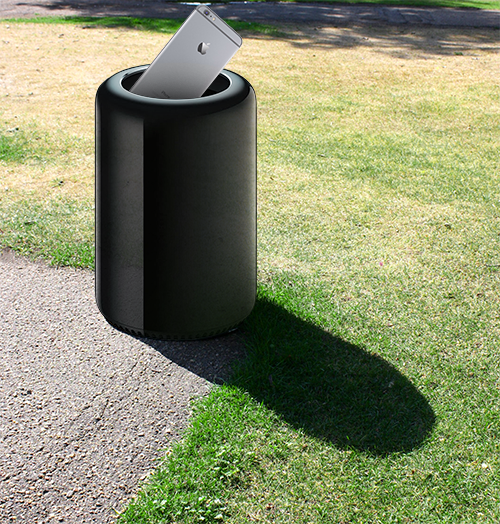 Inside the Secure Element chip on an iPhone 6+

"Into Modern Office Furniture"
Man MR is getting really desperate for clicks.

I still love the design of the G5.
K

Horrible in my opinion. Rather see a hackintosh put inside the cases and a better pair of legs for that gorgeous piece of wood they have for the desktop.
N

ValSalva said:
It would be cool if someone took one of these cases and made an actual cheese grater out of it. Probably done already... anyone with a link?
Click to expand...

When I finally retire my G5 I might just do that. The wife is always calling it a cheese grater. Not sure about fitting it in the kitchen though