Last week, Disney CEO Bob Iger revealed that Disney+ will launch in the United Kingdom and other select European countries on March 31, 2020. 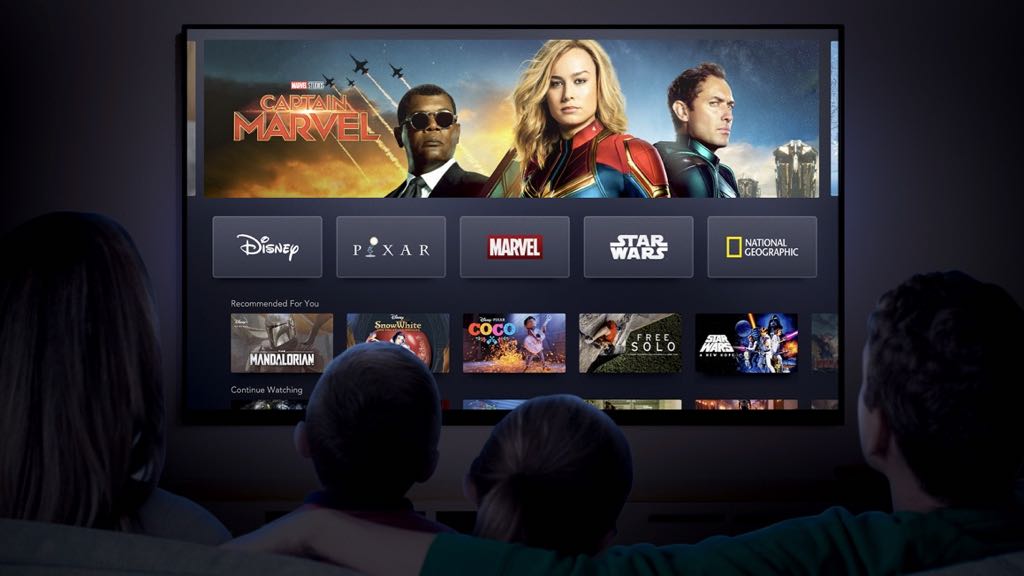 Iger didn't mention how much European customers would have to pay to access its 500 feature films and over 7,500 shows, including the entire Pixar library and a raft of original content.

However, one MacRumors reader appears to have discovered the British and French pricing plans ahead of time, simply by switching between Apple accounts on his iPhone.

Jean-Marc first downloaded the Disney+ app from the US App Store using his US Apple ID, and then switched to his French Apple ID, followed by his British Apple ID. The Disney+ subscription screen subsequently presented him with the following monthly and yearly pricing plans. 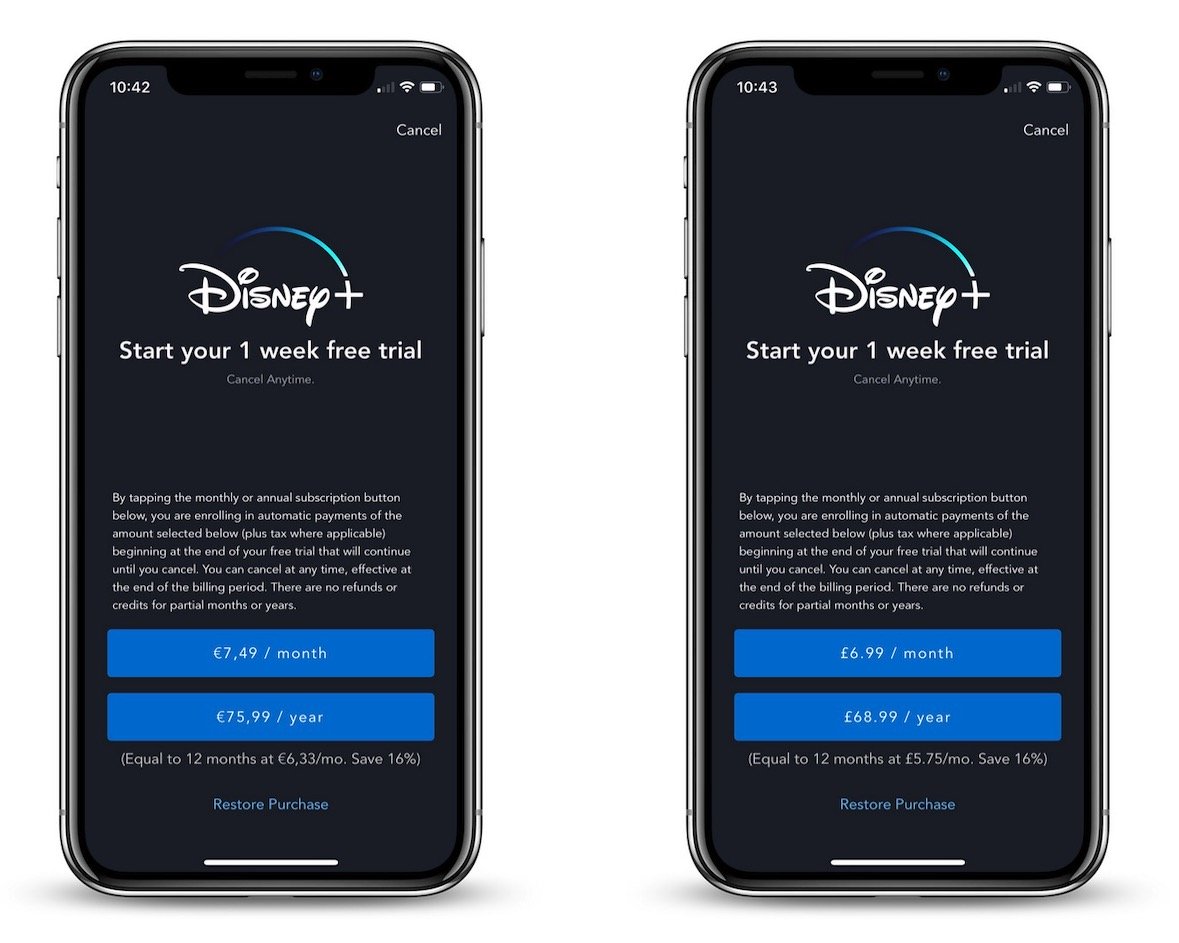 [*]France: EUR7.49 per month or EUR75.99 per year.
[*]UK: £6.99 per month or £68.99 per year.Of course, these prices haven't been officially announced by Disney and could be subject to change before the service launches in Europe next year.

However, given that Disney+ costs $6.99 per month in the U.S. (or $69.99 per year), it was pretty much expected that the dollar price would be mirrored in pound sterling.

As for the price in Euros, it's unclear if this applies only to France or to other Euro-using countries as well. We do know that Disney+ costs EUR6.99 in the Netherlands (EUR69.99 per year) because of its early trial there, so perhaps we can expect some variation between EU territories.

Otherwise, the annual prices given are equal to 12 months at EUR6.33/month and £5.75/month, respectively, offering a 16 percent saving over the monthly plan.

They can suck my helmet at that price. £4.99 and it’s an instabuy. Cost is too much per service now (I’m particularly looking at you, Netflix).
Reactions: Steve121178
Comment

So Disney live in the same world as Apple where £1 = $1
Reactions: Steven.
Comment

Shanghaichica said:
So Disney live in the same world as Apple where £1 = $1
Click to expand...

It's obvious they will go in low and the price will creep up as time goes on.