The old LaCie D2 TB2 disks could be upgraded with a module carrying a 128GB M.2 SSD that showed up as a separate disk. 128 GB is of course very little by today’s standard (unless you use to create a fusion drive) but the product illustrations shows what looks like a plain PCIe X4 connector on the upgrade.

I wondered if anybody tried to install an off-the-shelf PCIe SSD with an M.2-PCIe adapter cable in there.
Reactions: Jerry Maguire
J

I'm also very interested , I have one D2 thunderbolt 2 (3tb model), i also have a cheap pcie x4 m2 card. Should i buy an m2 SSD to try out?
I read some articles of the 128gb SSD Upgrade and the only issue i think i would have it's the pcie card they removed in the anantech review, i don't know what it is for. (i have attached some photos)
The original upgrade kit removes the USB 3.0 port, analyzers gave some arguments but i think it was because they needed to put a cooling fan for the m2 SSD (maybe in 2014 there ran even hotter than now). 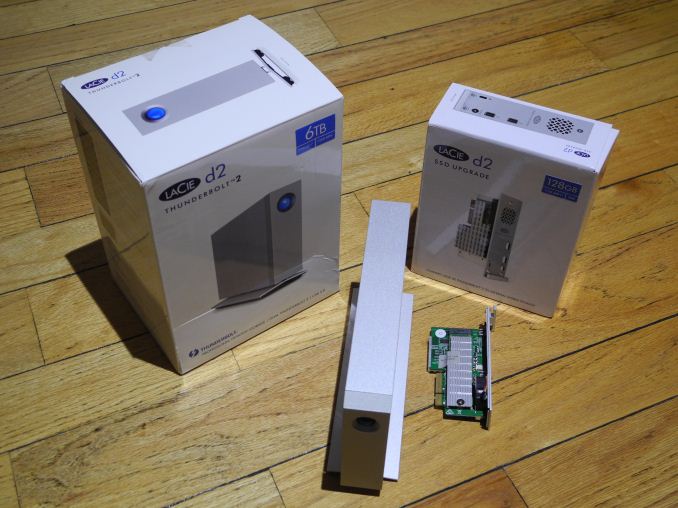 What was the verdict on this thread? I have the Lacie D2 Thunderbolt 2 w/ 3TB and would very much like to add in the SSD upgrade.. Any input here?
M