According to Dropbox, the new design "juxtaposes color pairs in bold, unexpected ways," which will be used for marketing and branding purposes. The new colors will be applied to the redesigned Dropbox logo, which features the same standard box, but with a flatter, simpler design. Dropbox says the color of the logo will "change based on the situation" and will no longer be limited to blue.

A new illustration style will be used to "bring the creative process to live" with rough sketches of graphite paired with colorful, abstract shapes, and Dropbox is adopting a new typeface called Sharp Grotesk that offers 259 fonts.

Our new design system is built on the idea that extraordinary things happen when diverse minds come together. We communicate this visually by pairing contrasting colors, type, and imagery to show what's possible when we bring ideas together in unexpected ways.
Click to expand...

Dropbox says the new brand design was inspired by the creative work of its customers and is meant to reflect the company's passion for building tools to help teams "unleash their creative energy."

According to Dropbox, the new look will be seen everywhere from its website to its products over the course of the coming weeks, but it's not clear how much the brand redesign will impact Dropbox's web interface or apps. The company says the new design will be dialed down to allow people to concentrate on their work, with the changes mostly aimed at marketing.

Our new system lets us pick the right amount of expressiveness for the situation. Color can go from a standard Dropbox blue to "whoa." Same for type, photography, and illustration. In a marketing campaign, we can dial things up to provoke and inspire creative energy. But in our product, where people need to concentrate on their work, we can dial it down.
Click to expand...

The new design marks the first time Dropbox has made major changes to its branding since it was founded 10 years ago in 2007. In an interview with AdWeek, Dropbox said the new branding will be featured extensively in an upcoming ad campaign that features work from several artists.

Thank god for the files app, I can still use Dropbox with apple’s interface
Reactions: benihana21, ILikeAllOS, Sandstorm and 9 others

What. The. Hell?
Reactions: benihana21, Seifensieder, Colonel Blimp and 18 others
A

Don draper did a nice job on the font.
Reactions: Nabby

It's Airbnb and Uber all over again.
Reactions: benihana21, Darkwalker and augustrushrox

That font looks wayyy too cartoony for me to take Dropbox seriously anymore. Good thing I dropped them years ago.
Reactions: benihana21, Edelheid, ArtOfWarfare and 5 others

This is utterly awful. It's like they turned over the rebranding project to a bunch of preschoolers.
Reactions: benihana21, Seifensieder, Edelheid and 9 others

... who has taken over dropbox?
Reactions: benihana21, Sandstorm, nitschi and 2 others

JoEw said:
... who has taken over dropbox?
Click to expand...

This young and talented designer: 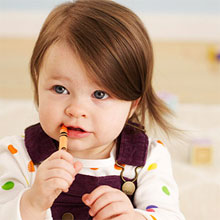 At least they’re honest about that font, it is rather grotesk (grotesque) and so is the rebrand. Failing at brand identity with so many different colors.
Reactions: benihana21, Seifensieder, Edelheid and 8 others
P

Right, that's it, Google Drive it is.

Were they on meth when they thought of this?
Reactions: benihana21, Darkwalker, Sandstorm and 3 others

Paradoxally said:
Right, that's it, Google Drive it is.

Were they on meth when they thought of this?
Click to expand...

Oh my god my eyes... Did you see the actual site? https://dropbox.design

That font is horrendous. And the colours complicate brand identity. Dropbox has always been synonymous with a blue box.
Reactions: benihana21, Darkwalker, ArtOfWarfare and 5 others
A

This is worse than when Mr. Bean painted of Whistler's Mother.
Reactions: benihana21, Seifensieder, osx86 and 6 others
A

Yup I will be deleting Dropbox within days...... Childish and ridiculous.
Reactions: benihana21, Darkwalker, RandomEnding and 1 other person

Some massive overreactions in this thread considering it's only really a branding and marketing change.

Will my files still be there? Yes. Will I have to pay anything more? No. So, do I care that instead of blue and white, it might occasionally be magenta and green or peach and purple with a slightly squished typeface? Not a jot.
Reactions: RMo, RevTEG, ftf and 10 others
P

sully54 said:
That font is horrendous. And the colours complicate brand identity. Dropbox has always been synonymous with a blue box.
Click to expand...

Exactly. It's like if Coke decided to rebrand with rainbow colors and a new font. Just doesn't work.
Reactions: benihana21, Sandstorm, ZZ9pluralZalpha and 4 others
B

That font is fugly! Sorry Dropbox, you just unimpressed me. Your design literally hurts my eyes.
Reactions: benihana21, Darkwalker, Sandstorm and 2 others
P

cambookpro said:
Some massive overreactions in this thread considering it's only really a branding and marketing change.

Will my files still be there? Yes. Will I have to pay anything more? No. So, do I care that instead of blue and white, it might occasionally be magenta and green or peach and purple with a slightly squished typeface? Not a jot.
Click to expand...

Those who don't understand design or functionality and how they depend on one another deserve neither.
Reactions: benihana21, Edelheid, navaira and 7 others
S

AppleMad98004 said:
Yup I will be deleting Dropbox within days...... Childish and ridiculous.
Click to expand...

Good thinking. Because what font a company chooses to use on their website really impacts the usefulness of their existing products.
Reactions: robbysibrahim, orbital~debris, ChrisMoBro and 2 others
F

why does this look like joshua topolsky's awfully designed "the outline"
Reactions: benihana21, chucker23n1, RandomEnding and 1 other person

Looks like they let the interns do the redesign and spent all the money on marketing campain.
Reactions: benihana21, RandomEnding and augustrushrox

Paradoxally said:
Those who don't understand design or functionality and how they depend on one another deserve neither.
Click to expand...

I'd argue against this really being a 'design' change - it's not UI, it's not how the product works, it's not a change to how people use the software. The website and app look pretty much the same as they did yesterday. That's real design, how people interact and use the product, not really the colours used in a logo.

Is it an odd change? Yes - I don't really see why they want to be some kind of hipster file sharing service, seems to be more of a marketing vanity project (and I write this as someone who has spent many hours in marketing departments). Maybe it will decrease trust in the brand or make it less appealing for business use.

It might be different if this was a company built around their brand, or if uploading a file now used a bright lime green and hot pink screen. But in my opinion, this is simply a marketing tweak - Dropbox don't rely heavily enough on their brand identity for it to be an integral change in the actual design of the product.
Reactions: AngerDanger, ftf, orbital~debris and 4 others
You must log in or register to reply here.
Share:
Facebook Twitter Reddit Email Share Link
Register on MacRumors! This sidebar will go away, and you'll see fewer ads.
Sign Up
Top Bottom