Had my 17" Mid-2010 MBP in my backpack the other day and while loading more stuff into it the bag slipped and hit the ground. Unfortunately it landed on the edge of my Mac resulting in a dented side and a fun screen issue. 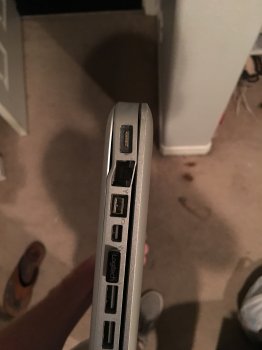 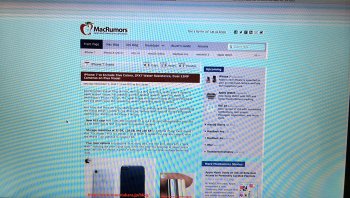 When I initially turned on the laptop the display had pastel looking lines all up and down. I read that RAM becoming unseated could cause display issues. After readjusting the RAM I turned the computer back on to all pure white areas turning into little teal blue lines. Everything works perfectly fine otherwise. Screenshots don't show the color issue so I'm guessing it's not the graphics card. I tried reseating the display cable too.

I'm not worried about fixing the ethernet port I never use it anyway.

Anyone have an idea on what the issue might be and a possible fix I can do?
Last edited: Sep 3, 2016
T 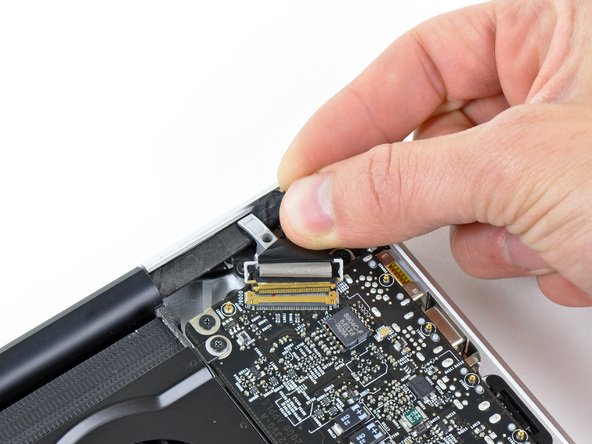 As for the bent on the Ethernet port, you'll need to remove the logic board and use needle nose pliers to bend it back.

superstrikertwo said:
Tried that too. No change :-/
Click to expand...

Not sure if you got this fixed yet, but since you re-seated the display connector, there are two possible outcomes:

1. Some of the cable's tiny connectors underneath the black part of the display connector head got disconnected, thus the color distortion. Only some colors are making it through. This happened to me on one of my old HP laptops. I had to replace the whole display cable because one or more connectors got ripped off the connector head, causing only green coloring on the screen. It involved disassembling the display completely (it can be done, don't worry).
2. The connector that's actually on the logic board was damaged.

I'd say #1 is way more possible from the simple drop. iFixit has a tutorial for replacing the display, but you could probably buy a cable and use the guide to see how to get to the cable and try to find another guide somewhere to replace the actual cable. It would definitely involve taking the screen apart and replacing the cable. Pretty involved but, as I said above, you could do it. If you're not comfortable, just find a computer repair shop. It can be fixed.
You must log in or register to reply here.
Share:
Facebook Twitter Reddit Email Link

D
MBP 16 Battery Health dropped by 10% after one bootcamp session.

Mar 29, 2020
Sanpete
S
Register on MacRumors! This sidebar will go away, and you'll see fewer ads.
Sign Up
Top Bottom