Ebay listing that made me chuckle

TheShortTimer said:
@z970mp It looks like my offer for the PM G5 failed to gain their interest. Can't think why. 😄 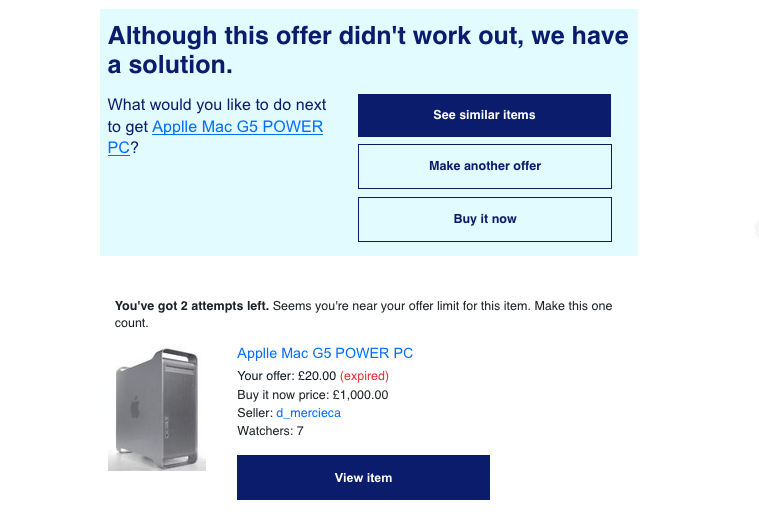 Perhaps they would have been happier with 21...
Reactions: TheShortTimer and BigMcGuire

I present another bargain! 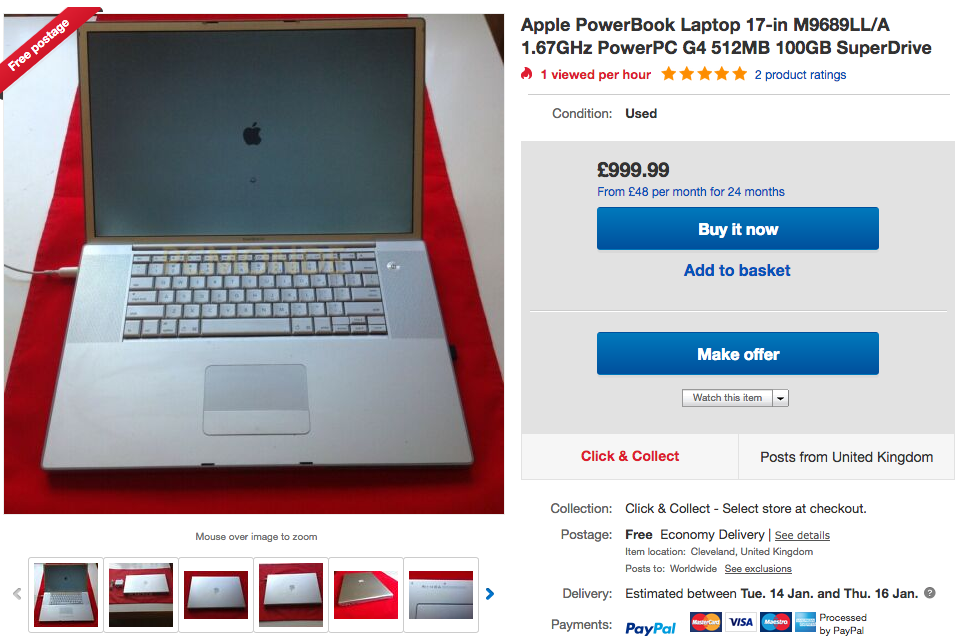 For that amount of money they could at least have offered an i5/i7.
Reactions: z970mp

TheShortTimer said:
For that amount of money they could at least have offered an i5/i7.
Click to expand...

Nah, it's the last 13in MBP with a C2D. It's super-duper rare and worth millions gazillions.
Reactions: TheShortTimer

Amethyst1 said:
Nah, it's the last 13in MBP with a C2D. It's super-duper rare and worth millions gazillions.
Click to expand...

Oh yeah. How foolish of me to overlook that. You've helped me to regain perspective here.

TheShortTimer said:
I present another bargain!

Wow, what a steal!

That thing's worth many times half that!

Amethyst1 said:
Nah, it's the last 13in MBP with a C2D. It's super-duper rare and worth millions gazillions.
Click to expand...

"Why make gazillions when we could make... thousands?"
Last edited: Dec 16, 2019
Reactions: TheShortTimer

A relative bargain, the equivalent of 2 packs of cigarette’s 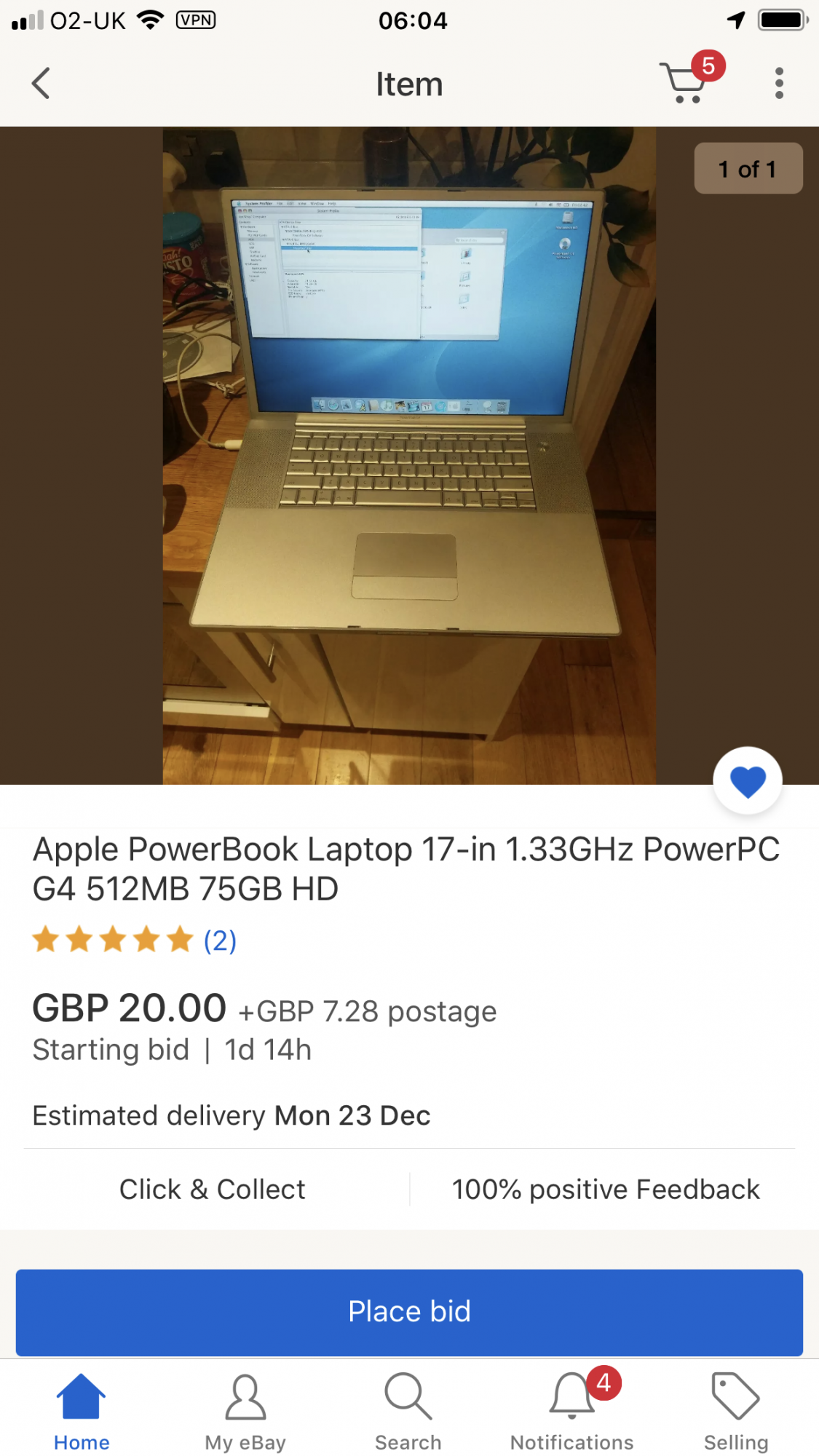 @hardon if it was a Buy-it-Now or no-one else places a bid...

Here's another: open to offers, of course. 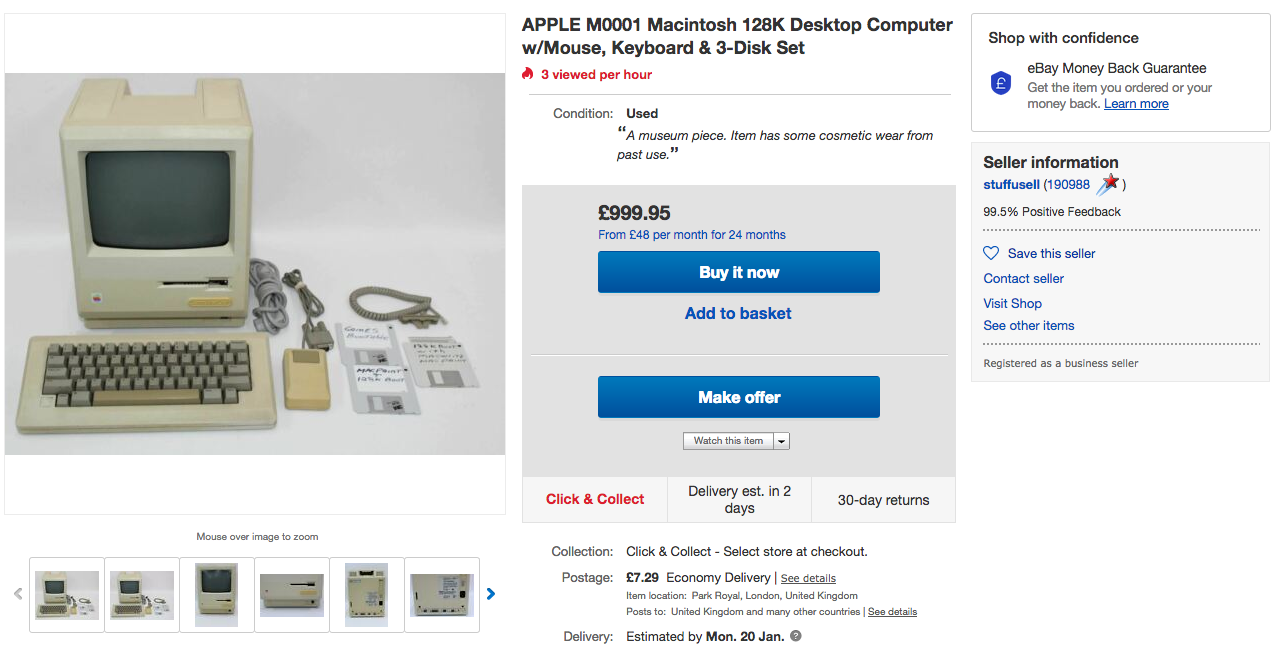 8K for a 6 Plus? I'm all for the free market, but that's a crime. But if someone is dumb enough to pay that much, then shame on them.
Reactions: RhianB

I think this is a problem with eBay in general rather than Macintoshes in particular. I remember stumbling on this listing and wondering if it was time to seriously consider stopping the internet: 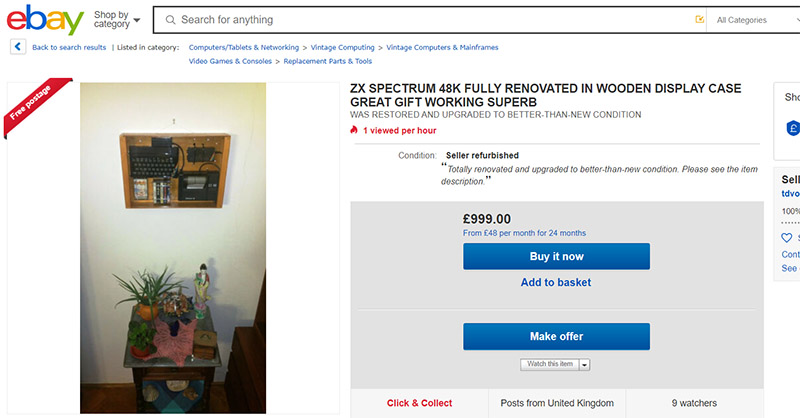 eBay changed the rules recently so that fixed-price items remain on sale forever, and you can list 1,000 items for free - beforehand you had to pay - with the result that people are just dumping stuff on eBay in the hope that there's one person mad enough to pay, or drunk enough, or perhaps there's a teenage Youtuber who earned £17m last year and wants to fill his house with golden bicycles.

In the past you had to pay to list items and pay to relist them, so eventually you'd have to lower your prices or end the listing, but now you can just list something and forget about it. In the following case the seller is presumably using software to set the price, but has forgotten to update the headline: 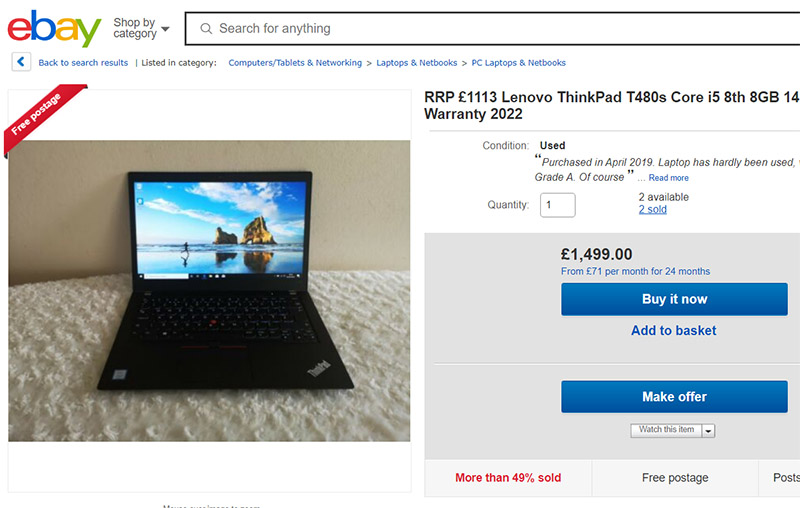 That's right, you save minus four hundred pounds. It can't be money laundering because the listing wouldn't still be around. Also, there's this: 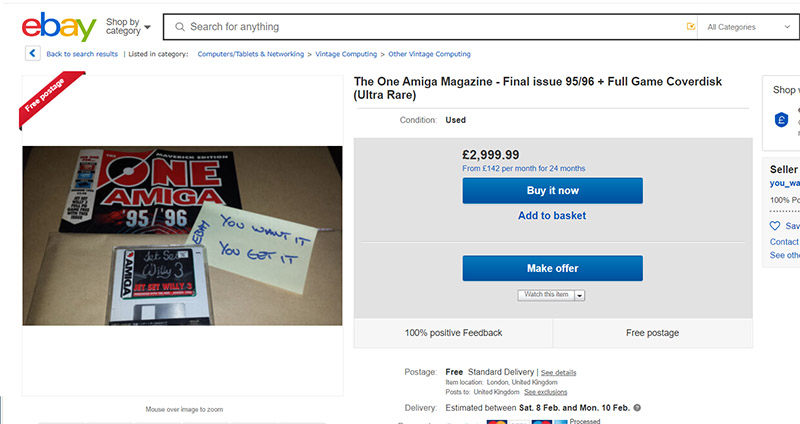 In the case of clamshell G3s, one popped up briefly in an Ariana Grande video last year. At that point a load appeared on eBay, presumably because sellers expected Youtubers to snap them up as retro toys, but looking at eBay listings the "boom" never materialised.

I've never wanted one because they're difficult to fix, you need an external wifi dongle to surf the internet, they only have an 800x600 screen, they only support 800x600 resolutions on an external display, the newest is twenty years old, they're just very slow, you can't use them out of the house because people will think you're a poser, etc etc etc. Apple's translucent plastic designs generally struck a good balance between practical and good-looking but I've always felt that the clamshell iBook went too far in the latter direction - the lid is much too large for the screen, for example, and it's just too big for what you get.
Reactions: AphoticD, z970mp and TheShortTimer

AshleyPomeroy said:
the lid is much too large for the screen
Click to expand...

In theory I'd agree with that - until I owned one, then I found the huge bezel something of a subtle reassurance of protection for the screen and an imaginary veil of privacy for what you're doing on it.
Reactions: TheShortTimer

AshleyPomeroy said:
I think this is a problem with eBay in general rather than Macintoshes in particular. I remember stumbling on this listing and wondering if it was time to seriously consider stopping the internet:

£999 for a 48K ZX Spectrum in a wooden display case, with the option to make an offer? I think I'll pass.

You're absolutely right, eBay has become a haven for the delusional, who have convinced themselves that old technology automatically guarantees a small fortune if sold online, especially when pitched to retro enthusiasts and the nostalgic. The same hardware that I found on eBay in the past for £10, £20 or from other places for free because they were manufactured in the millions and through obsolescence, became considered worthless, are now being offered on there for more than ten times what I'd paid, just because some chancer thinks that its age will net them a bonanza.

Of the past 6 Macs that I've bought in recent years, only two of them were obtained via eBay.

Also ridiculous. By 1995, The One had deteriorated from an intelligent, well written magazine for 16 bit gamers to absolute dross and it wasn't worth the £3 price at the time, let alone the almost £3k that they want to sell their copy for now! Regardless of whether it's the final issue and "Ultra Rare."
Reactions: AphoticD
You must log in or register to reply here.
Share:
Facebook Twitter Reddit Email Link
Top Bottom