Elgato Recalls Some Smart Power Battery Packs Due to Overheating

Elgato recently announced that it is recalling some of its Smart Power 6000 mAh battery packs, as they can overheat while recharging. The company sent out notices to app users today, letting them know about the recall. 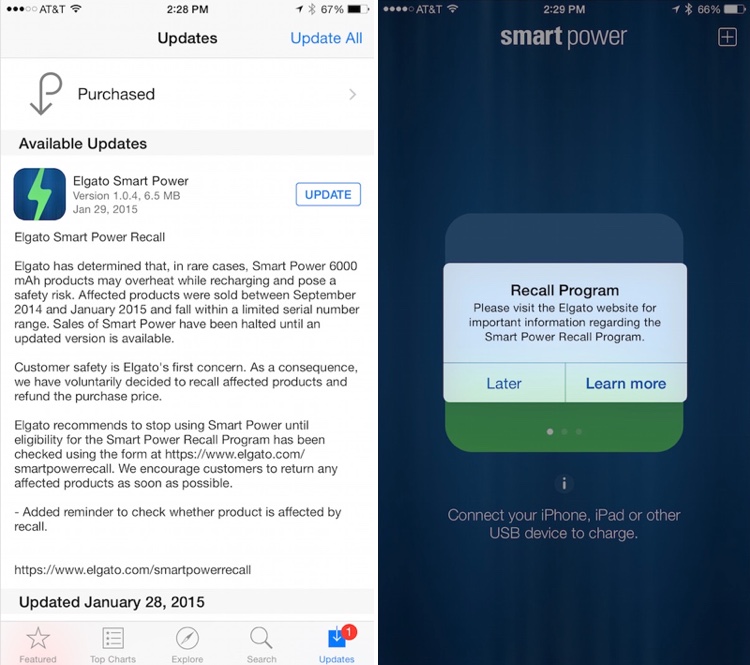 For those unfamiliar, the $99 Elgato Smart Power battery pack is a compact 6000 mAh external battery that integrated with an iOS app, a neat feature that allowed users to wireless monitor the charge level of the device and receive notifications when the battery was low or needed recharging. MacRumors went hands-on with the Smart Power back in December and found it's app integration to be highly useful. 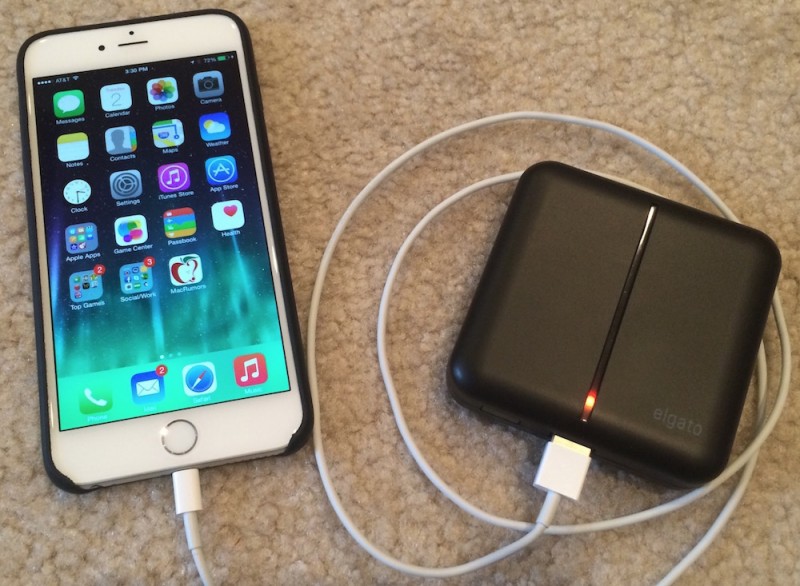 According to the company, affected Smart Power battery packs were sold between September 2014 and January 2015 and "fall within a limited serial number range." Affected customers can check if their product is affected by entering their serial number on Elgato's website.

Elgato has ceased selling the Smart Power until it can release an updated version, and all current owners of affected products will receive a full refund. The company recommends that users cease using their battery packs until they're able to check whether they have a product with overheating issues, and Elgato also encourages all customers to return affected products "as soon as possible."

They knew the Smart Power Battery Packs had a problem when they started shouting "is it hot in here or is it just me?"

Now that is a smart power battery pack.
Comment