I've just picked up one of these off eBay for £1.20 - admittedly with no packaging or software but the Way Back Machine came to the rescue for the necessary app/driver.

Taking a 720P video and converting it to 360P, these are the results.

An impressive improvement. However, moving to multicores doesn't yield the same level of power.

Whilst using the Elgato app, all four cores were only using around 30% each and the unassisted MPEG Streamclip only used 70% each.
Handbrake nearly always uses the maximum available and trying the test file with it returned 2 min 30 secs.

As most of my video processing happens on the Quad I'll probably stick with Handbrake but for when I'm on my iMac for convenience I'll definitely use the Elgato option.

I know nearly everyone on the Forum uses their Intel Macs to do the heavy lifting but I thought I'd put these findings up for anyone who chances upon one of these devices. 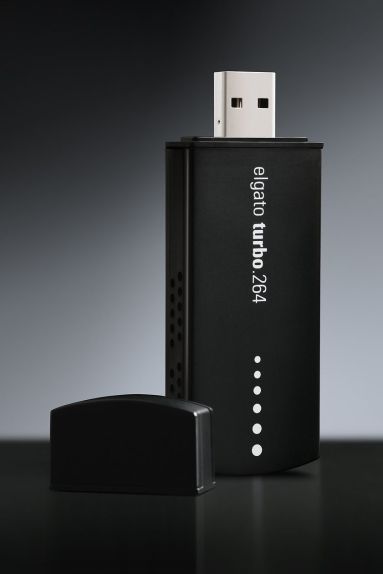 I've used one of these for some years, actually purchased it along with an Elgato Eye-TV HD box.
Can't remember the details today cause I no longer use the Eye-TV but I believe it also assisted in streaming TV to my devices.

jbarley said:
I've used one of these for some years, actually purchased it along with an Elgato Eye-TV HD box.
Can't remember the details today cause I no longer use the Eye-TV but I believe it also assisted in streaming TV to my devices.
Click to expand...

You've just reminded I've still got an Elgato Eye-TV dongle too - think it was from around 2006 - haven't used it in years, must dig it out and see if it still connects.
W

The turbo.264HD revision, which came out after the switch to Intel is a much less impressive performer with some file size issues.

I used the PPC model with my Mac Mini and marvelled how quickly and quietly it compressed media for my iPod. I rarely bothered with iSquint after that.
You must log in or register to reply here.
Share:
Facebook Twitter Reddit Email Share Link
Register on MacRumors! This sidebar will go away, and you'll see fewer ads.
Sign Up
Top Bottom