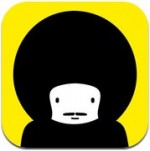 Sir Benfro's Brilliant Balloon is a one-button side-scroller in the vein of the Helicopter Game or Jetpack Joyride, but with its own unique twist. Players take control of Sir Benfro and his balloon as they explore strange and fantastic worlds filled with weird creatures, complete with wonderful sound effects and soundtrack.

Travel with inquisitive explorer Sir Benfro as he flies through fantastical new worlds filled with weird and wonderful creatures. Float into forests, across oceans and down to the centre of the Earth. But take care - you're never far from bumping into the next bizarre beast.

Sir Benfro's Brilliant Balloon features four adventures. Magical fireflies named Light Emitting Daves power Sir Benfro's balloon. You must fly as fast as you can to keep collecting the Daves and reach the end of each adventure. It's a game for all ages with three difficulty settings to delight everyone from beginners to master balloonists.

​
A companion children's book called Sir Benfro's Travels will be published by Thames & Hudson this autumn.

Sir Benfro's Brilliant Balloon is available for $0.99 for iPhone and iPad on the App Store. [Direct Link]

Video doesn't seem to work on my iPhone ?

And the link to The Helicopter Game doesn't take me there either. It only takes me to some sort of factory line shovelware game page.

Looks like someone wants to be the next Tiny Wings!

Glad to see artists finding an avenue for their art.
P

Macrumors should really state when they are posting a sponsored article.

pancakedrawer said:
Macrumors should really state when they are posting a sponsored article.
Click to expand...

pancakedrawer said:
Macrumors should really state when they are posting a sponsored article.
Click to expand...