Due to limitations surrounding the distribution of cloud gaming services on the App Store, Facebook is bringing its gaming service to iOS users through a progressive web app starting today, reports The Verge. 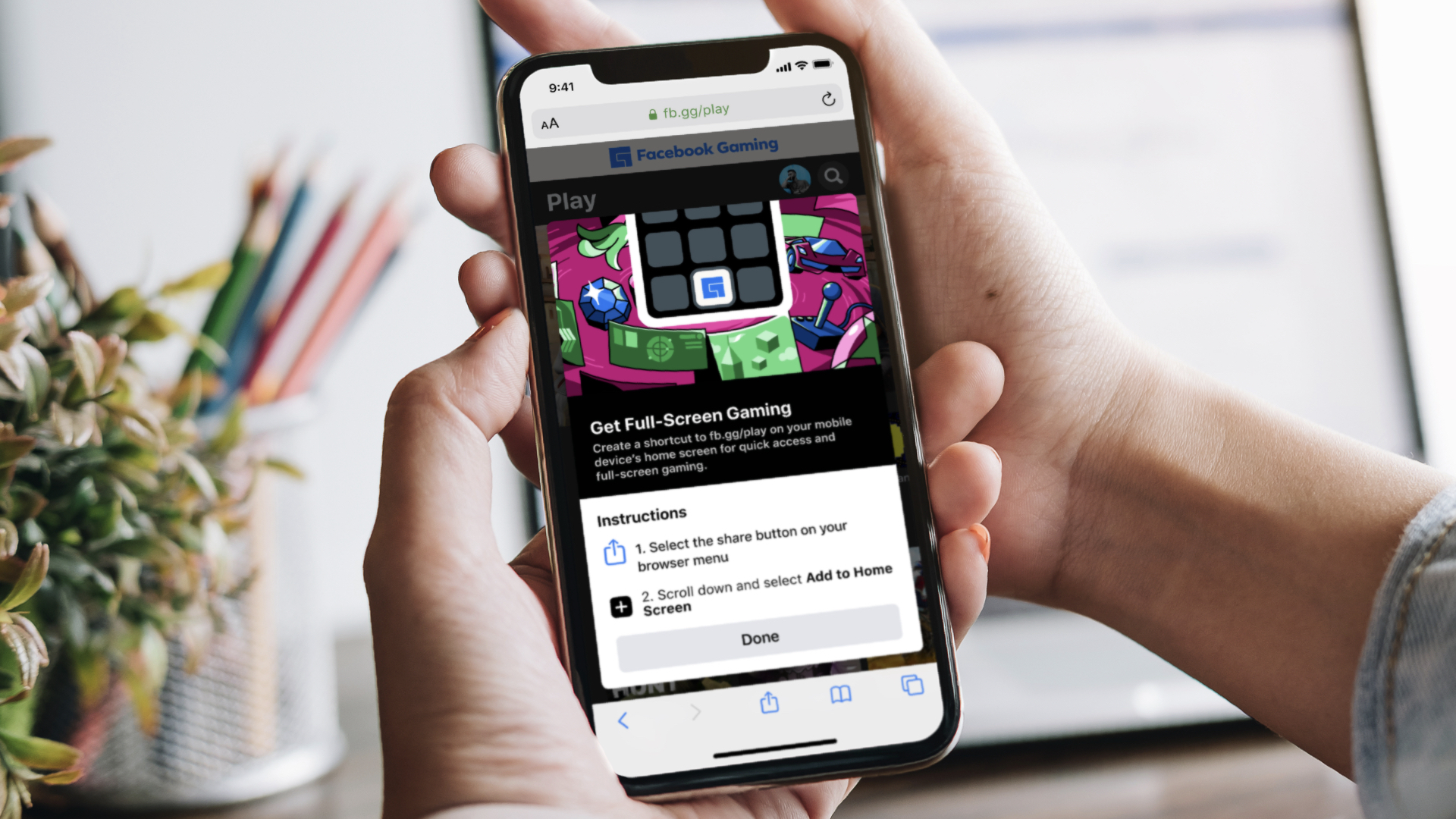 Apple's App Store guidelines don't permit cloud-game-based apps to appear on the platform unless developers submit each app offered in the service individually for review. The limitation has been a significant point of contention between Apple and Facebook, and Microsoft, which both have cloud-game services.

In a statement to The Verge, Facebook's vice president of gaming, Vivek Sharma, said that the company has come to the same conclusion as others, such as Microsoft, that bringing cloud games to iOS users through a web app is the only possible way. The vice president also criticized Apple's guidelines, saying it "defeats the purpose of cloud gaming."

"We've come to the same conclusion as others: web apps are the only option for streaming cloud games on iOS at the moment," Facebook's vice president of gaming, Vivek Sharma, told The Verge in a statement. "As many have pointed out, Apple's policy to 'allow' cloud games on the App Store doesn't allow for much at all. Apple's requirement for each cloud game to have its own page, go through review, and appear in search listings defeats the purpose of cloud gaming. These roadblocks mean players are prevented from discovering new games, playing cross-device, and accessing high-quality games instantly in native iOS apps — even for those who aren't using the latest and most expensive devices."
Click to expand...

Earlier in June, Microsoft made Xbox Cloud Gaming available to iOS users through Safari. Compared to normal apps available to download through the App Store, web apps are severely limited in functionality, not being able to send user notifications, take advantage of a device's hardware, and are harder to find for users.

One thing is for sure- I definitely do NOT want a Facebook gaming app on my phone! (I get this may not be everyone’s opinion)
Last edited: Jul 23, 2021
Reactions: AdonisSMU, SFjohn, EyeTack and 15 others
H

If Facebook are complaining, Apple must be doing the right thing.
Reactions: AdonisSMU, SFjohn, EyeTack and 21 others

For some reason I don’t trust this with giving my personal information to this.
Last edited: Jul 23, 2021
Reactions: AdonisSMU, SFjohn, EyeTack and 4 others

Wonder what the user stats are on cloud gaming services across mobile compared to connected TV, consoles and desktop. Anyone?
Reactions: EyeTack, bb9 and SigEp265

Cause the first thing I think of when I want to game is to do it via Facebook!

Not an app and just a browser access, but if I'm going to cloud game I'll play via Xbox cloud gaming or play games on a console or on my iPad or iPhone.
Reactions: EyeTack, Kirkster and mhnd

If FaceBook & the ever nose growing Zuck are involved, this is & will always be a HARD PASS!
Reactions: SFjohn, EyeTack, michaelnugent and 5 others

Leeches. Facebook should just disappear, it dismantled mental health in our society.

OMG...you can access the internet and do internet stuff on a smartphone! Who knew???
Reactions: EyeTack

Wonder when the fight between Netflix and Apple will start. Should be ramping up in the next few months I would guess.
T

I hope Apple loses their Epic battle and some changes are forced on them. Users are missing out on Xcloud, Geforce Now, Stadia true value. These web apps don't run as well as native apps.
Reactions: AdonisSMU, SFjohn, justin0712 and 15 others

The 3 people who visit facebook through mobile safari are so gonna love this.
Reactions: justin0712 and mhnd

but that said: This is likely going to be a trend with larger app vendors and producers who are tired of Apple's policies and portions of revenue.

if you were facebook and you figured out how to deliver all your content via WebApp and pay zero to Apple. Not rely on the app store or it's controls.. Why wouldn't you?

if I were a vendor with enough clout, I would definitely want to avoid the App store if it's not actually providing me sufficient value, Something that companies like FaceBook, Netflix, Epic, Amazon etc have all kind of stated now that they don't think is true anymore. ESPECIALLY given the fees and the controls Apple enforces.

More developers and companies doing this is bad for us iOS users. if Apple's policies are driving this, than it's Apple who need to review how they operate.
Reactions: paulhummerman, SFjohn, EyeTack and 3 others

I hope Apple loses their Epic battle and some changes are forced on them. Users are missing out on Xcloud, Geforce Now, Stadia true value. These web apps don't run as well as native apps.
Click to expand...

I Hope Apple wins, if you want all that mess just buy an Android.
Reactions: paulhummerman, SFjohn, Kirkster and 11 others
K

I ‘member when FB Gaming was just “FarmVille”
Reactions: AdonisSMU, SFjohn, EyeTack and 1 other person

airwalk331 said:
One thing is for sure- I do NOT want a Facebook gaming app on my phone! (I get this is not everyone’s opinion, though)
Click to expand...

Don't want FB anything but MS and others has some decent stuff.
Last edited: Jul 23, 2021
Reactions: Mahieu and Art Mark

This really is bad PR for Apple now. Gamers are a fickle group that Apple really should not mess around with…especially after Steve Jobs said PC gaming really hurt the Mac
Reactions: paulhummerman and SFjohn

the "sideloaders" are closing in on Apple - restrictions will be lowered at some point in time (at least for the big fish)
Reactions: EyeTack, majordude, Mahieu and 1 other person
You must log in or register to reply here.
Share:
Facebook Twitter Reddit Email Share Link
Register on MacRumors! This sidebar will go away, and you'll see fewer ads.
Sign Up
Top Bottom