Facebook has included a secret soccer game in the latest update to its Messenger app to celebrate Euro 2016 and Copa America.

To play the game, called "Keepy Up", update the iOS Messenger app and send a friend a soccer ball emoji, then tap the emoji in the chat thread to launch the game, the aim of which is to keep the ball in the air. 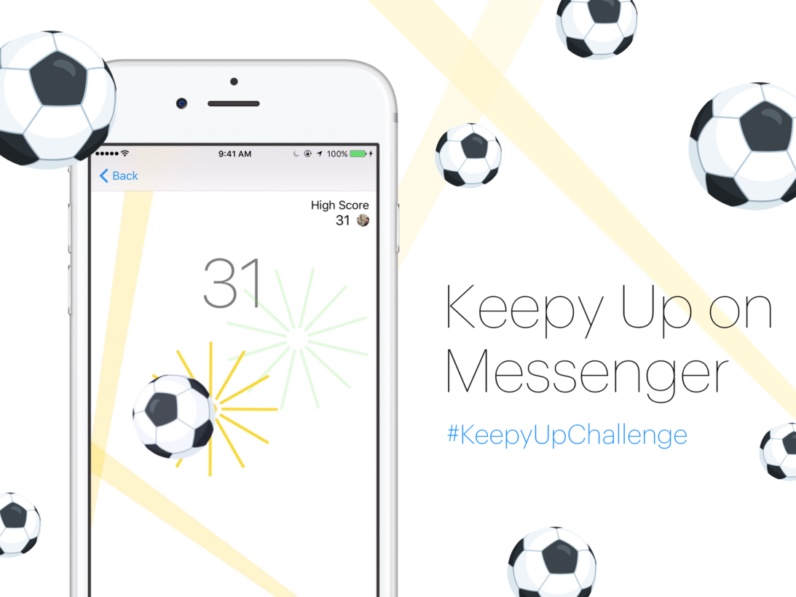 The game can be started again using the same emoji in the same thread, and high scores are posted in the chat window.

Facebook's previous secret game was basketball-themed to celebrated March Madness and the new NBA season. The game proved a bit hit with users, having since been played over 1 billion times, according to the company.

Earlier this month, Facebook also added 1,500 new emojis to Messenger in order to cater for the diversity of its user base.

Still won't use it.
Reactions: haruhiko, ohio.emt, Oblivious.Robot and 2 others

Such an amazing time to be alive.
Reactions: Oblivious.Robot

I really, really wish you hadn't posted this article.

and Siri cant even tell me the match results
Reactions: ohio.emt and AFEPPL

England v Wales in 1 hour! This can prep me for the match, and lighten the inevitable loss of dignity as the English capitulate at yet another international tournament...

Bet it's not the only secret thing they have in there.
Reactions: AreYouIn?

They'll try absolutely anything to lure in new users...

By "secret" you mean not at all secret. They call it out right in the app update notes.

Generally Facebook only posts generic update notes so this is really a callout. 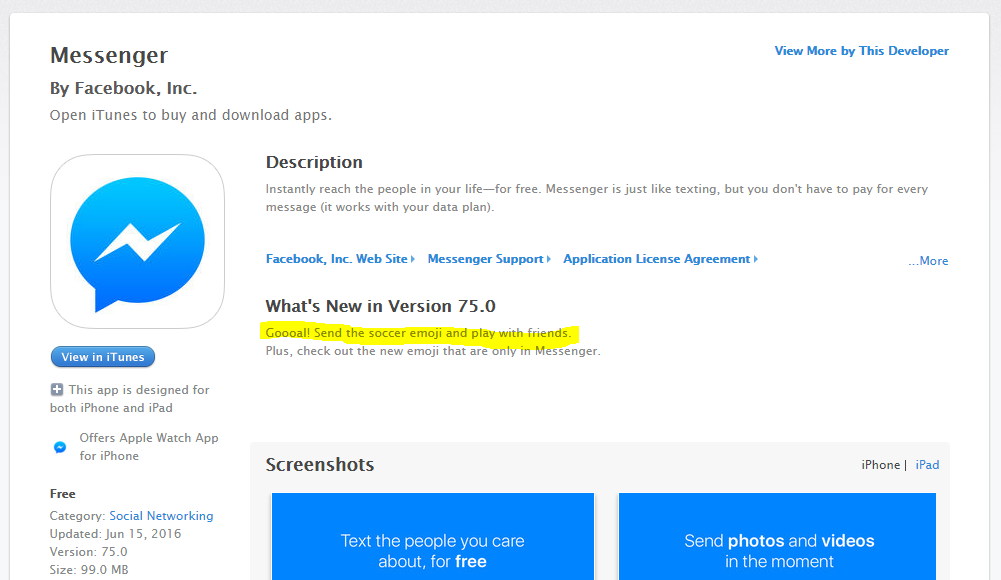 OldSchoolMacGuy said:
By "secret" you mean not at all secret. They call it out right in the app update notes.

Thank you! I was going to point out the same thing.

"Shhh! Don't tell anyone about this thing we just told everyone."

Went up to 6 points and gave up.

Well Brian, Facebook Messenger made a really dodgy tackle so it got the red card. It was already on a yellow of course for its earlier behaviour, but this was a straight red anyway. There's no room in the game for that kind of challenge as far as I'm concerned. At the end of the day it's the fans I feel sorry for.
S

As if this app wasn't already bloated enough at 82 MB.
C

Google Doc/Google Sheet/Google Slide each is 100MB+. All Microsoft Office software are at least 250MB.
My three games downloaded local data are already 4GB in total.
Normal, these days.
You must log in or register to reply here.
Share:
Facebook Twitter Reddit Email Share Link
Register on MacRumors! This sidebar will go away, and you'll see fewer ads.
Sign Up
Top Bottom