Facebook's Messenger app for iOS has been updated with a redesign that aims to simplify the app with a focus on stories and friends, while relegating chat bots and games. 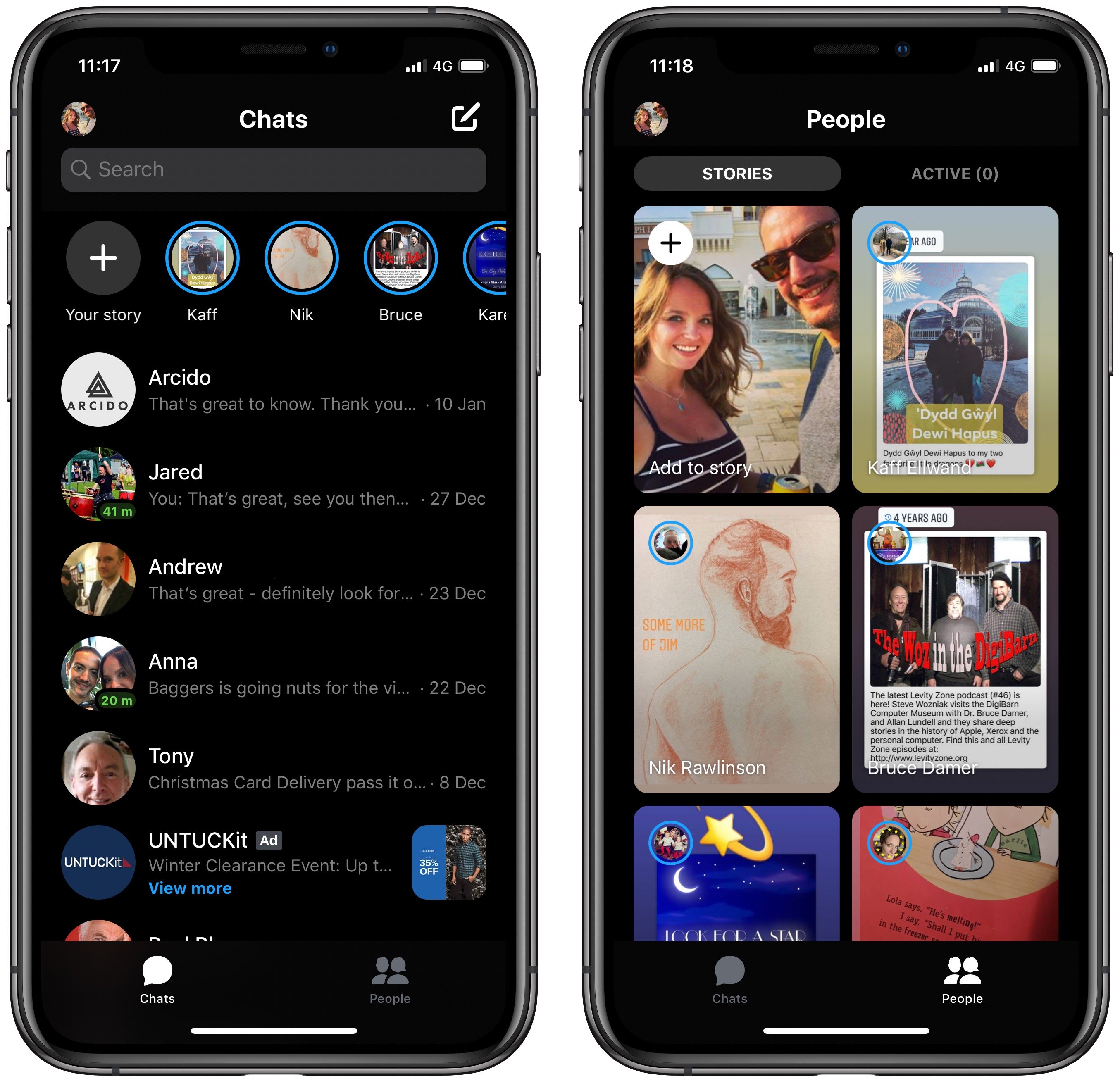 In a bid to make the Messenger app smaller and faster, the latest update gets rid of the Discover tab, which was home to chat bots, businesses and games. These features have been hidden rather than removed, and can still be accessed through the Messenger search bar if users look for them.

Meanwhile, Facebook continues to push Stories (the social media feature it aped from Snapchat) by splitting the People tab into screens and opening by default in a new sub-tab of friends' Stories. As a result, you now need to tap the Active sub-tab to see which friends are online.

Elsewhere, the Instant Games and Transportation options have gone from the chat composer bar. The latter enabled users to hail Uber and Lyft rides from within the app.

According to TechCrunch, the changes are the result of Facebook reversing its strategy to make chat bots central to the Messenger app. Now it wants users to spend time chatting with friends and consuming content rather than playing games and exploring chat bots for shopping and businesses.

Overall, with its reorientation around simple end-to-end encrypted chat rather than promotion of chat bots and businesses, the changes bring Messenger closer to the WhatsApp experience. Facebook says the update is currently rolling out and should be fully deployed by the end of the week.

I miss the days when you could have AIM, MSN and ICQ all in one place like iChat

Zuck and Sheryl Sandberg are the tobacco CEOs of the digital age.
Reactions: russell_314
M

They definitely moved in the right direction with this update. So much simpler and less clutter.
Reactions: cocky jeremy
M

just had an app updated for version 254.0 and it switched to the redesign

This update sucks.
laces gifs from giphy to tenor?
with a tenor watermark on all gifs.

replaced send button with thumbs up when sending pics