Facebook said on Monday that Messenger users in the U.K. will be able to send money to each other through the app as it rolls out its peer-to-peer payments feature in the next few weeks (via BBC).

The Messenger payments service was originally launched in 2015, but hasn't been available to users outside the United States until now. The social network said it has been used in that time to make all sorts of transactions, including to split restaurant bills, pay babysitters, and send cash gifts. Most users send less than $50 (£38), according to the company. 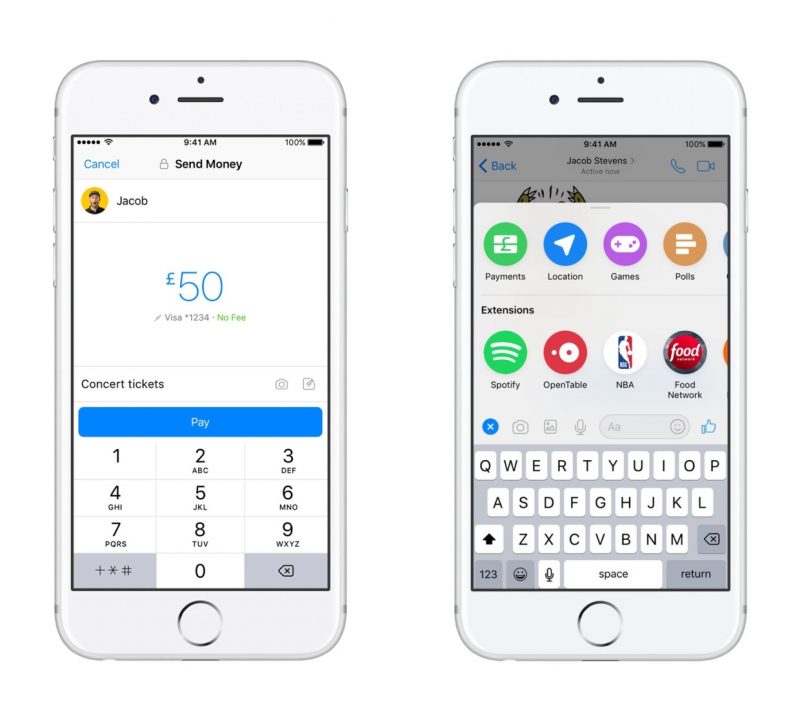 Facebook said it had chosen to bring Messenger payments to the U.K. because it has so many "mobile-savvy consumers". It is collaborating with major banks and credit card firms to launch the feature, which requires both the sender and recipient to register their cards.

Facebook is also introducing M suggestions, a virtual assistant that recognizes when users are discussing payments and suggests the Messenger payments as a quick and easy solution.

The U.K. is already home to a similar bank-run peer-to-peer payments service called Paym, which allows registered users to pay each other using just their phone number.

Paym says four million people have used the service at one time or another over the past three and a half years, amounting to £400 million worth of transactions, but Facebook will hope that it is uniquely positioned to become more widely used, thanks to its large existing Messenger user base.

Where is Apple Pay Cash? Apple's site says 'coming this fall', but it's almost winter... Have they binned it?

Telos101 said:
Where is Apple Pay Cash? Apple's site says 'coming this fall', but it's almost winter... Have they binned it?
Click to expand...

I thought it was supposed to come with iOS11.1 but it didn't happen and I don't see it mentioned much lately.
C

Telos101 said:
Where is Apple Pay Cash? Apple's site says 'coming this fall', but it's almost winter... Have they binned it?
Click to expand...

https://forums.macrumors.com/threads/ios-11-2-public-beta-update-introduces-apple-pay-cash.2086069/
Reactions: Telos101
You must log in or register to reply here.

How to Group Video Chat With Up to 50 Instagram Users