Facebook today announced that its "Off-Facebook Activity" feature is now available to users around the world, after soft launching in Ireland, South Korea, and Spain last summer. Off-Facebook Activity lets you see a summary of the data that third-party apps and websites have shared with Facebook, and delete it if you see fit. 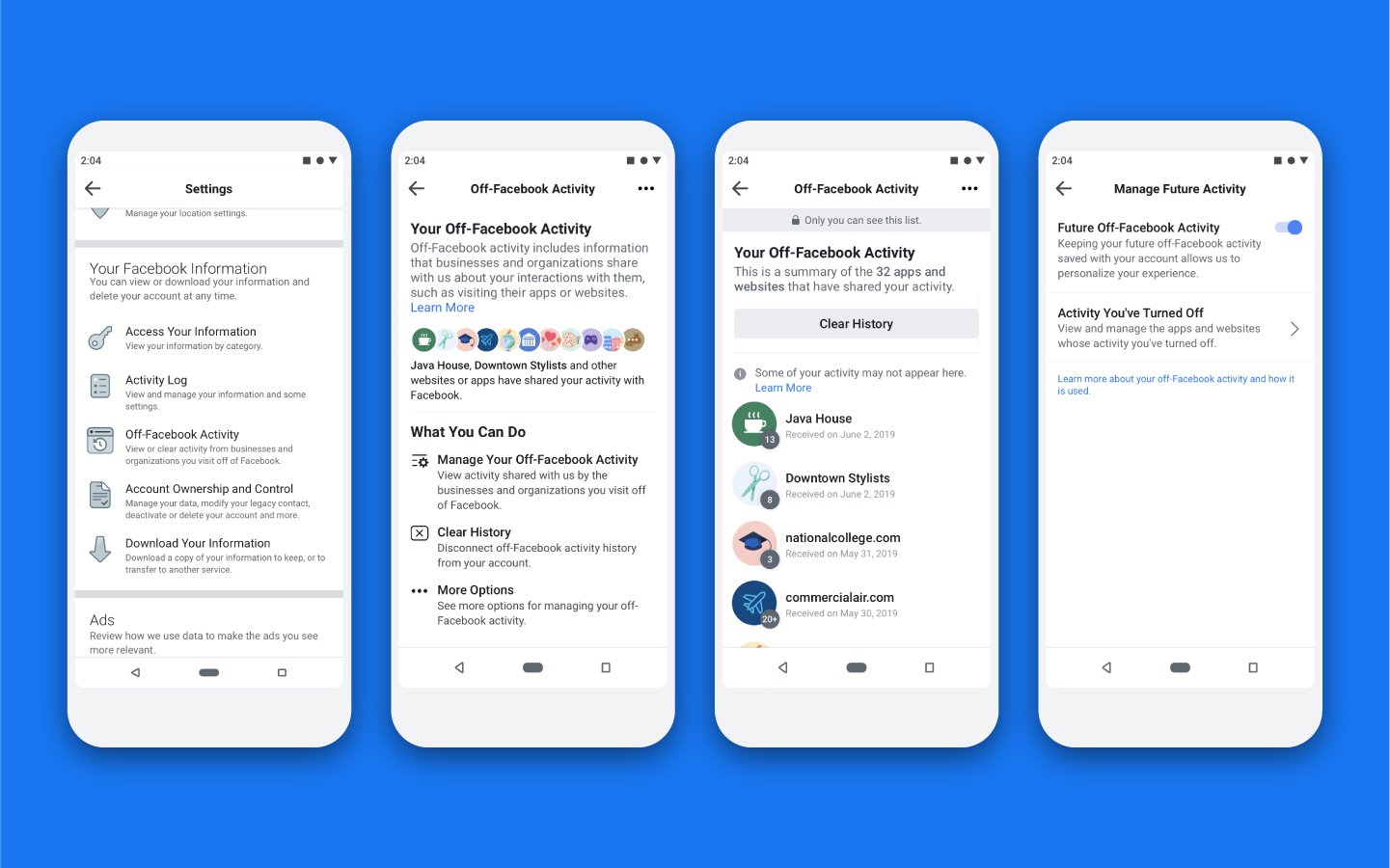 As Facebook explained, other businesses send the social network information about your internet activity on their sites, and Facebook uses that to display customized ads. Off-Facebook Activity lets you look at that information and clear it, and you can even choose to disconnect all future Off-Facebook Activity from your account, or just from specific apps and websites.

Today's news is built around looking towards the next decade of "stronger privacy protections" from Facebook, which the company admits it has a lot of work to do in this regard. These updates include a prompt asking every Facebook user to review their privacy settings and "Login Notifications," which warn you when your Facebook account is used to sign into third-party apps.

It's been nearly two years since the Cambridge Analytica privacy scandal hit Facebook, igniting a debate about how user data should be handled and monitored by major companies. In the wake of the event, Facebook has made announcement after announcement about privacy changes, security tools, and promises to enhance its overall ability to protect user information.

Regarding the new Off-Facebook Activity tool, the company said that it welcomes "conversations with privacy experts, policymakers and other companies about how to continue building tools like this."

Just had a look at mine. Felt a bit violated to be honest. Can understand why people are outraged over this stuff considering I never gave any of these apps permission to share this info.
Reactions: Keane16, gcatena21, 480951 and 1 other person
Comment

It’s easier to just not use Facebook to be honest. Something else will coke up in the future.
Reactions: centauratlas and BWhaler
Comment

When will Facebook die, I wonder? It concerns me that so many people knowingly and willingly give up so much of their personal information for near-zero value in return.
Reactions: t1meless1nf1n1t
Comment

DocPenguin said:
When will Facebook die, I wonder? It concerns me that so many people knowingly and willingly give up so much of their personal information for near-zero value in return.
Click to expand...

The same people who are afraid of Apple Pay because they don’t understand it or hit cancel on an ATM when leaving it even when it’s on “Please Insert Card”
Reactions: iGeek2019 and Seanm87
Comment

I just checked mine. According to the info, only 5 sites of the many I visit sent data to Facebook recently. The largest contributor by far was MacRumors. 2nd largest was Appleinsider. Not sure what to make of that. The only thing that surprises me (happily I might add) is more of the sites I visit don't send info to FB.
Comment
K